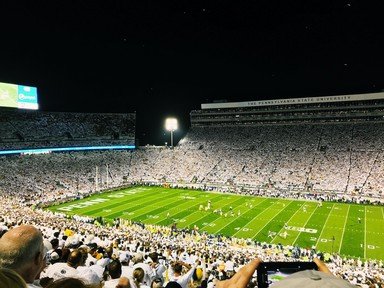 This is a quiz about the leaders in various statistical categories for the 2021 NFL season. Some numbers are a bit inflated from previous years due to the fact that the NFL added an additional week in 2021, the league's first 18 week regular season.

Quiz Answer Key and Fun Facts
1. This quarterback, coming off a Super Bowl victory in 2020, led the league in both attempted passes and completed passes.

Brady played 20 seasons with the New England Patriots with whom he won 6 Super Bowls. He signed with the Tampa Bay Buccaneers in 2020 and proceeded to win his 7th Super Bowl. In 2021 he led the Bucs to a 13-4 record and finished runner-up in the MVP voting.
2. After posting a passer rating of 111.9, which all-time great led the league for the fourth time of his career?

It was the second season in a row Rodgers led the league in passer rating. He also won his second consecutive MVP award, leading the Green Bay Packers to a 13-3 record in games in which he started. He missed one game and the Packers lost it to Kansas City 13-7.
3. In just his second season in the league, who was able to post a 70.4% completion percentage?

Burrow was the first overall pick in the 2020 NFL draft, selected by the Cincinnati Bengals. He only started 10 games in 2020 and only won 2 games. 2021 was a big turn around, however. The Bengals won the AFC North with a 10-7 record and made it all the way to the Super Bowl before losing to the Los Angeles Rams.
4. Sometimes all you need is a little luck to lead in this category; which passer, who plays in Philadelphia, had the longest completed pass in 2021?

Hurts threw a 91 yard pass to Quez Watkins in a 17-11 loss to the 49ers in week 2. Hurts helped the Philadelphia Eagles to a 9-8 record, earning a trip to the playoffs. They were defeated in the Wild Card round against Tampa Bay with a final score of 15-31.
5. Did Tom Brady lead the league in touchdown passes?

Brady threw 43 touchdowns, edging out Matthew Stafford, who threw 41. Stafford's Rams and Brady's Bucs met once in the regular season and once in the postseason, with the Rams winning both games.
6. Patrick Mahomes of the Kansas City Chiefs did not lead the NFL in any of the following categories in 2021: Passing yards per game; QBR; times sacked.

Mahomes did not lead the league in any significant statistical category in 2021, but he had a very good season with 4839 yards, 37 touchdowns and a 98.5 passer rating. He led the Chiefs to a 12-5 record, and the team appeared in its fourth consecutive AFC Championship game but was defeated by the Cincinnati Bengals.
7. After back to back 1000 yard rushing seasons, Baltimore Ravens' QB Lamar Jackson finished 2nd to which player in rushing yards by a quarterback?

Jackson only appeared in 12 games but still ran for 767 yards to Hurts' 784. Josh Allen finished right behind Jackson with 763 rushing yards. Jackson, during the 2019 season was the second quarterback to rush for 1000 yards in a season with Michael Vick doing it in 2006.
8. Game-Winning Drives is a lesser known stat, but is dependent on winning the game. Which quarterback, who announced his retirement after the 2021 season, led the league in this category?

Big Ben had 7 game-winning drives in 2021. He played his entire 18 year career for the Pittsburgh Steelers, guiding them to 3 Super Bowl appearances and 2 Super Bowl championships. He retired with over 60,000 passing yards and 418 touchdowns.
9. Justin Herbert threw for 5014 yards. Did he lead the NFL in that category?

This one belongs to Tom Brady. Brady threw for 5316 yards, a career high. Herbert was the only other quarterback to eclipse the 5000 yard barrier, helping the Los Angeles Chargers to a 9-8 record.
10. There are some stat categories that you don't want to be among the leaders. Who, along with Matthew Stafford, threw 17 interceptions in his rookie season?

Lawrence was the number one overall draft pick in 2020 selected by the Jacksonville Jaguars. He had a rough season, throwing just 12 touchdowns in 602 attempts. The Jags finished the season 3-14.
Source: Author cardsfan_027


Other Destinations
Explore Other Quizzes by cardsfan_027

Go to NFL by Season Quizzes