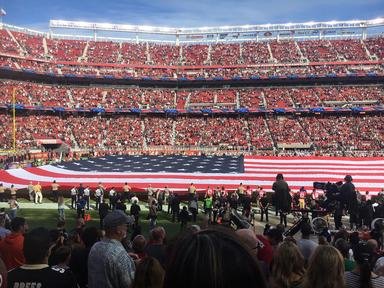 Another all multiple choice quiz for the dummies like myself. I hope that you enjoy it! :-)

Quiz Answer Key and Fun Facts
1. Projected to be number one in the 1984 NFL Draft, I went to the USFL instead. After the USFL folded, I signed with Tampa Bay who held my draft rights. In 1987, I went to San Francisco but had to take a backseat to the great Joe Montana. I filled his shoes well even in 1997, when I missed part or all of eight games in the season, and still won the NFL passing title. Who am I?

The others listed were all quarterbacks, but never played for the 49ers. Young also won the NFL passing title the following season in 1998. Steve Young organized the Forever Young Foundation, a charitable foundation that raised money to aid youth organizations and other charities in the San Francisco Bay area.
2. I won the Heisman Trophy in 1977, playing with the University of Texas. I was the first round pick of the Houston Oilers in 1978. I led the league in rushing four consecutive seasons. I retired in 1985 after knee injuries. I was also famous off the field for two words: "Skoal Brother". Who am I?

The others were all receivers. Campbell's knee problems began in 1982, and he was traded to the New Orleans Saints for the '93 season. In his seven NFL seasons, Earl had 74 touchdowns, including a season high 19 in 1979. Earl was inducted into the Pro Football Hall of Fame. Campbell also endorsed Skoal chewing tobacco and did many commercials.
3. Some fans thought that I would never retire. I led Houston to two AFL titles, then in the NFL, played mostly for the Oakland Raiders. As a Raider, I played quarterback, punter, and field goal kicker, and my jersey number 16 was well recognized. When I retired, I was the all-time career points leader with 2,002 points. I finally retired from play at the age of 48. Who am I?

The others listed were all offensive linemen in their career. Kicker Gary Anderson broke Blanda's points record in 2000.
4. Coming out of Louisiana Tech, I was the first quarterback to take a team to four Super Bowl victories. My greatest season was in 1978, which my stats won my first season MVP Award. I won another in 1979. My defense played with some metal curtain on the field. Who am I?

The others listed were all kickers. Bradshaw and the Steel Curtain defense of Pittsburgh, defeated the Cowboys two of the Steelers' four Super Bowls with Bradshaw at the helm. After retiring in 1983, Terry tried his luck in the movies, including a part in, "Hooper", and later became a sportscaster.
5. In 1963, I became the youngest general manager-head coach in pro football history. I later became owner of that team. I was the AFL Coach of the Year in 1964, then became Commissioner of that league in 1966. I had a long running feud with NFL Commissioner Pete Rozelle for many years. I kept moving my NFL team from Oakland to Los Angeles, and back to Oakland again. Who am I?

Called the Meadowlands, the Giants moved into their new stadium in 1976. The stadium in East Rutherford, New Jersey, was less than seven miles from Yankee Stadium and Times Square in New York.
7. With my fourth season in the NFL in 2003, I led the league in rushing with my 2,066 yards. I joined an elite group including Eric Dickerson and O.J. Simpson. In 2000, I rushed for 102 yards in the Super Bowl win against the Giants, but in the 2003 playoffs, I only rushed for 35 yards in a loss to Tennessee. Who am I?

Lewis had played his college at Tennessee before coming to the NFL. In April 2004, Lewis was imbroiled in a drug conspiracy case.
8. After spending my first two seasons in a Redskins uniform, I played one season for the Rams, made a name for myself, then moved to Kansas City. In 2003, I led the Chiefs to a 13-3 record by throwing for over 4,000 yards with 24 touchdowns. Who am I?

Green shared the duties in 2003 with back-up quarterback Todd Collins. Green's 'go-to guy', was the tight end Tony Gonzalez who led the team with 71 receptions. The Chiefs lost in the AFC Division Playoffs to the Colts, 38-31.
9. Which of the following teams had the worst record in 2003?

The others listed won at least 10 games in 2003. With the acquistion of running back Emmitt Smith from the Cowboys, the Cardinals hoped for a better record than 4-12. Smith rushed for only 256 yards in 2003. Three teams finished the season with a 4-12 record, including the San Diego Chargers and New York Giants.
10. After five seasons coaching the Cleveland Browns, I took my talents to New England. In my fourth season of coaching the New England Patriots, I helmed the team in 2003 with the best record in the NFL, by going 14-2. I watched my team win the Super Bowl against the Carolina Panthers 32-29. Who am I?

Although all great NFL coaches, the others provided their services long before the 2003 season. After losing big in their opening season game in 2003 to the Buffalo Bills 31-0, Belichick and the Patroits rebounded well, losing only to the Redskins during the rest of the season. Belichick, after winning the Super Bowl in the 2003-04 season, had a playoff record of 7-1.
Source: Author nightmare 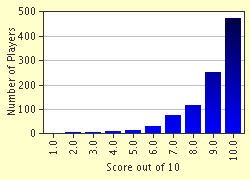 
Other Destinations
Explore Other Quizzes by nightmare