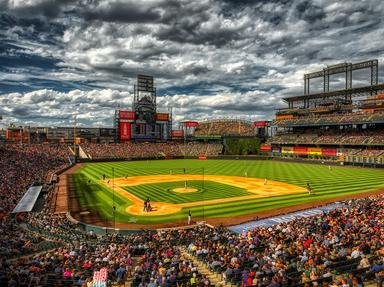 Can you identify the star player in these one-sided trades?

Quiz Answer Key and Fun Facts
1. Who did the Chicago White Sox trade away during the 1986 season for pitcher Jose DeLeon?

Jose DeLeon only lasted one more mediocre season with Chicago and was traded to the St. Louis Cardinals for Lance Johnson. He had one decent season in 1989 winning 16 and losing 12 games for the Cardinals, but finished his 13-year career in 1995 as an average journeyman pitcher.

After being given away by the White Sox in 1986, Bobby Bonilla played 15 more Major League seasons with the Pirates, Mets, Orioles, Marlins, Dodgers, Braves and Cardinals. Over that time he had a .279 average with 287 home runs.

He played in six All-Star Games, won three Silver Slugger Awards, and finished 2nd in the National League Most Valuable Player voting in 1990.
2. What star player was included in a trade package in 1982, so the New York Yankees could acquire pitchers Tim Dodd and Dale Murray?

Tim Dodd never spent one day in the Major Leagues with the Yankees or anyone else. Dale Murray was a capable but not spectacular relief pitcher for 12 seasons with several teams, and his career was over in 1985. Fred McGriff played 19 seasons with the Blue Jays, Padres, Braves, Devil Rays, Cubs and Dodgers.

Bob Sykes was a below average starting/relief pitcher who was done playing baseball after parts of 5 seasons in 1982. Willie McGee went on to become a major contributor with two St. Louis Cardinals World Series Champions. He played 18 seasons with the Cardinals, A's, Giants, and Red Sox.

Len Barker was an average starting pitcher for 11 seasons. He played in one All-Star Game in 1981, but his career was done in 1987. Brett Butler had just finished his first full Major League season with solid numbers across the board when he was traded to the Indians.

He ended up playing 17 seasons with the Braves, Indians, Giants, and Dodgers. He only played in one All-Star Game, but he was one of the dominant lead-off hitters of his era and he finished in the top 25 in the Most Valuable Player award voting 6 times.

He ended up with a .290 career batting average, 2,375 hits and 558 stolen bases.
5. Who did the San Francisco Giants trade in 1971 for pitcher Vern Geishert and shortstop Frank Duffy?

The Giants gave Foster away to the Cincinnati Reds in 1971 for Geishert, who pitched in three games for the Angels in 1969 and never pitched in the Major Leagues again, and Duffy who was traded to the Indians later the same year. Foster went on to play 18 seasons with the Giants, Reds, Mets and White Sox.

He also finished in the top 10 in MVP voting 3 other times.
6. Who did the Milwaukee Brewers trade away in 1992 for outfielder Matt Mieske, pitcher Ricky Bones, and infielder Jose Valentin?

Matt Mieske, Ricky Bones, and Jose Valentin proved to be solid, unspectacular everyday Major League players, with Bones even making the 1994 All-Star Game. However, none of them measured up to Gary Sheffield, who proved too immature to play with the losing Brewers by resorting to throwing balls away at 3rd base to get himself traded to another team.

His plan worked and he went on to be one of the most dominant and feared right handed hitters of his generation, going to multiple All-Star Games and winning a number of other awards.
7. What future slugger did the Kansas City Royals trade away for outfielder Leon Roberts in 1983?

Leon Roberts was a solid player at times during an 11-year career that ended in 1984. Cecil Fielder was drafted by the Royals in 1982 and traded a year later to the Blue Jays. He would go on to hit over 300 home runs, go to 3 All-Star Games, and win 2 Silver Slugger awards.

He also finished in the top 10 in MVP voting 3 times finishing second in both 1990 and 1991. He also has the distinction of being the first American League player since Babe Ruth to lead the league in runs batted in three straight years, when he did it from 1990-1992.
8. What future MVP did the Boston Red Sox trade away for veteran pitcher Larry Andersen in 1990?

Larry Andersen was a long time Major League relief pitcher who played 17 seasons, with a very respectable 3.15 earned run average over his career. However, Jeff Bagwell went on to become perhaps the finest player in Houston Astros history. Over his 15-year career he had 2,314 hits with a .297 batting average.

He also slugged 449 home runs and 1,529 runs batted in with 1,517 runs scored. He was the 1991 National League Rookie of the Year and the 1994 National League Most Valuabe Player. He played in 4 All-Star Games, won 3 Silver Slugger awards, one Gold Glove award and placed in the top 20 in MVP voting 10 times.
9. When the Mariners acquired third baseman Dave Hollins from the Twins on August 29, 1996, what future slugger became the player to be named later when he was shipped off to the Twins on September 13th?

Dave Hollins played in the Major Leagues for parts of 12 seasons. He even played in an All-Star Game in 1993 while with the Philadelphia Phillies. However, his best days were already behind him when the Mariners acquired him from the Twins for the unknown David Ortiz.

Then the Twins let one get away when they released Ortiz in 2002 after several mediocre seasons, bouncing between AAA and the Major Leagues. Ortiz signed with the Boston Red Sox in 2003 and quickly made a name for himself as the best clutch hitter of his generation.
10. What Hall of Fame starting pitcher was traded away in a six player deal in 1966 by the Philadelphia Phillies after only two wins in two seasons?

Along with Jenkins, the Phillies traded away outfielders John Herrnstein and Adolfo Phillips to the Chicago Cubs for solid veteran pitches Bob Buhl and Larry Jackson. At the time Jenkins had two career wins. Starting the very next season, Jenkins began a streak of 6 straight 20-win seasons on his way to a career total of 284 and the Hall of Fame.
Source: Author joesmoke25


Other Destinations
Explore Other Quizzes by joesmoke25