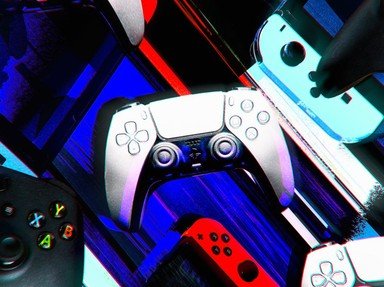 I Debuted In Which Fighting Game? Quiz

Match each fighting game with its corresponding characters.

Share on Facebook
Share on Twitter
Share by E-Mail
Author
ebanks120
Time
5 mins
Type
Match Quiz
Quiz #
380,148
Updated
Dec 03 21
# Qns
10
Difficulty
Tough
Avg Score
5 / 10
Plays
137
Awards
Top 35% Quiz
Mobile instructions: Press on an answer on the right. Then, press on the gray box it matches on the left.
(a) Drag-and-drop from the right to the left, or (b) click on a right side answer box and then on a left side box to move it.

Galford is a sailor turned ninja. He is usually seen fighting alongside his dog Poppy.
2. Mileena

Mileena is a clone of Kitana created by Shang Tsung. Baraka is her secret companion.
3. Robert Garcia

Robert Garcia is the friend and rival of Ryo Sakazaki, the main protagonist of "Art of Fighting". In the first game, they fought alongside each other to rescue Ryo's sister, Yuri.
4. Ling Xiaoyu

Ling Xiaoyu is a teenaged school girl who dreams of owning her own carnival. She also seems to have a crush on Jin Kazama.
5. Kim Dragon

Kim Dragon is based off of Bruce Lee. He is one of eight fighters summoned from history to compete in a tournament to determine who is the strongest in history.
6. Cinder

Cinder is a criminal who was the victim of a failed experiment that resulted in his body to be fire-like. He is promised for his body to go back to normal if he wins the tournament, but dies in the hands of Glacius.
7. Cammy

Cammy debuted in "Super Street Fighter 2" as an agent from England who suffers from amnesia. She was portrayed by pop singer Kylie Minogue in the 1994 live action movie.
8. Kage

Tina Armstrong is a woman wrestler who is an aspiring model and actress. Her overprotective father Bass Armstrong is also a playable character in the "Dead or Alive" series.
Source: Author ebanks120


Other Destinations
Explore Other Quizzes by ebanks120