Cenotaphs of the World Trivia Quiz

Cenotaphs are not burial sites at all -- just the opposite, in fact. The word means 'empty tomb' and they can be found around the world commemorating either individuals or groups. Here are some of the most famous...

Quiz Answer Key and Fun Facts
1. Although he is buried elsewhere in the USA, whose memorial in Dallas, Texas is pictured here?

Built in 1970, the memorial to former US President John Fitzgerald Kennedy stands in the West End Historic District of downtown Dallas, Texas near to where he was assassinated in 1963.

The roofless room is 50-feet square and 30 feet high. It consists of 72 white concrete columns that stand two feet off the ground, appearing to float with no visible support.
2. Unveiled on Armistice Day (November 11) 1920, the pictured Cenotaph is the national war memorial in which European capital city?

Built of Portland Stone, "The Cenotaph" stands in the middle of Whitehall in central London. Unveiled on Armistice Day in 1920, it replaced a temporary wooden structure that was erected for the city's victory parade to mark the end of World War I on July 19, 1919, three weeks after the Treaty of Versailles was signed. War memorials dating to the post-WWI era in many former British colonies are also based on the original design of the London Cenotaph by Edwin Lutyens.
3. Located on "The Queen's Domain", a hilly area of bushland just north-east of the city overlooking the Derwent River, the pictured Cenotaph is the main commemorative military monument in which Australian state capital?

Known as either "The Cenotaph" or the "The Hobart War Memorial", the pictured site is at the heart of Tasmania's principal ANZAC Day events. Celebrated annually on April 25, this national day of remembrance commemorates all Australians and New Zealanders "who served and died in all wars, conflicts, and peacekeeping operations".
4. Known collectively as "The Ahar Cenotaphs", the site pictured here contains more than 250 empty royal tombs. In which country can you visit this site?

Located on the eastern outskirts of the city of Udaipur in southern Rajasthan, India, "the Ahar Cenotaphs" honor more than 250 Mewar maharajahs. The three principal dynasties, Moris, Guhilots and Sisodias ruled this part of India from more than 1,200 years, from the early 8th-Century until 1949.

There are also 19 chhitaris (dome-shaped pavilions) here, each representing one of the 19 maharajahs who was cremated at the site.
5. The impressive cenotaph pictured here commemorates Birger Jarl, a member of the House of Bjelbo and a 12th-Century statesman. He played a pivotal role in the consolidation of which country and is traditionally attributed as the founder of its capital city?

Birger Jarl was born in 1200 in the province of Östergötland in southern Sweden. He led the Second Swedish Crusade as a result of which modern-day Finland spent the ensuing 550 years as part of Sweden. He is also said to have founded the city of Stockholm in 1250.

His cenotaph today sits at the base of the tower at Stockholm City Hall although his remains are buried at Varnhem Abbey in the province of Västergötland.
6. Inscribed "Our Glorious Dead", the pictured cenotaph in Esplanade Park was completed in 1922 to honour the British soldiers and the residents of which Asian city who had died in World War I?

This war memorial is located on Connaught Drive in Esplanade Park in the central business district of Singapore. The names of 124 British soldiers and Singapore residents who died are inscribed here. A second dedication to the victims of WWII were added in the aftermath of that conflict. The inscription at the base reads "They died that we might live".
7. Located in the "Peace Memorial Park", the photograph shows the memorial cenotaph where the "Peace Memorial Ceremony" is held annually on August 6. In which city is this located?

Located on a site that was once the busiest downtown commercial and residential district in the Japanese city of Hiroshima, the Peace Memorial Park today stands in an open field that was created by the first nuclear weapon used in warfare. The objective of the park is not only to remember the victims, but also to remind the world of the horrors of war and to promote world peace.
8. The massive granite structure pictured here is the impressive "Voortrekker Monument", a cenotaph in which South African city?

Unveiled in 1949 on a hilltop in Pretoria, the Voortrekker Monument honours the Afrikaner emigrants who left Cape Colony on 'The Great Trek' to the centre of South Africa in the 1830s and 1940s.

The cenotaph itself is the central focus of the monument. It is located in Cenotaph Hall, which is decorated with the flags of the various Voortrekker republics.
9. Pictured here is one of the world's most impressive cenotaphs, 'Hősök Tere' (or "Heroes' Square"). In which European capital city can you visit this site?

Heroes' Square is bordered by two of Budapest's most important museums, the Museum of Fine Arts and the Palace of Art. Construction of the central cenotaph here began in 1896 to commemorate the 1,000th anniversary of the Hungarian state. The dedication on the cenotaph itself (which sits in front of the tall column) reads "To the memory of the heroes who gave their lives for the freedom of our people and our national independence."

The column is topped by a statue of the archangel Gabriel holding the crown of Saint Stephen, the first king of Hungary.
10. Our final photograph is of "The Response", the national war memorial of which Commonwealth country?

"The Response" is the focal point of Confederation Square in Canada's capital, Ottawa. Originally built to honour Canadians who died in World War I, the tall granite arch is topped by a bronze sculpture. "The Tomb of the Unknown Soldier" was added in front of the arch in 2000 to commemorate "the sacrifices made by all Canadians who have died or may yet die for their country".
Source: Author EnglishJedi 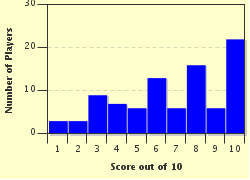