In this quiz you are given a historic event and a person related to it. You will have to decide which title best describes the person listed - dictator (one who seizes power), president (elected leader), king (monarch or emperor) or outlaw (criminal).

Although Amin declared himself president of Uganda, he was never elected by the people. The Entebbe Raid was an operation in July 1976 by Israeli commandos to free hostages held by Palestinian terrorists. It was a complete success. Idi Amin had supported the terrorists and the raid humiliated him. This raid was the beginning of his fall from power and he was eventually deposed in 1979.
2. 2002 Venezuelan Coup - Hugo Chavez

Although many consider Chavez to be a dictator he was in fact elected by the people of Venezuela. He was involved in an earlier attempted coup in 1992 but it failed and he was sent to prison. After two years in prison he was pardoned and in 1998 he was elected president. In 2002 a coup was attempted against him but it failed within 48 hours and he was returned to power.
3. Kosovo War - Slobodan Milosevic

Milosevic was president of Serbia from 1989 to 1997 and president of the Federal Republic of Yugoslavia from 1997 to 2000. At the time of his death he was on trial in the Hague for Crimes Against Humanity in Kosovo but died before a verdict could be reached.

The Supreme Court of Serbia had ruled that he was guilty of ordering the murder of Ivan Stambolic but no sentence was ever given or carried out.
4. Jacobite Risings - Rob Roy

Rob Roy has been called the Scottish Robin Hood. He joined in the Jacobite Risings led by Viscount Dundee but they failed and he returned home. He was branded an outlaw when he defaulted on a loan when his cattle and money were stolen by his chief herder. His house was burned and he waged a blood feud against the 1st Duke of Montrose until he was forced to surrender and imprisoned.
5. Third Crusade - Richard the Lionheart

Richard I was King of England from 1189 to 1199. He was one of the key Christian commanders during the Third Crusade. The crusade failed to retake Jerusalem from Saladin which eventually led to the call for a fourth crusade. The tales of Robin Hood and Ivanhoe take place during Richard's reign.
6. The Protectorate - Oliver Cromwell. Cromwell can probably be classified as three of these, depending on your point of view. Which one was he definitely NOT?

Cromwell was a controversial figure in history with some historians classifying him as a hero and others as a dictator. Chief among his critics were David Hume, who wrote "The History of Great Britain" and Winston Churchill. These men classified him as a dictator.

His official title was Lord Protector of the Commonwealth of England, Scotland and Ireland. Cromwell commanded the cavalry in the New Model Army during the English Civil War and was second in command overall. After this he commanded the entire army and this control helped him establish his rule later.
7. St. Valentine's Day Massacre - Al Capone

Al Capone was one of the most notorious gangsters of the 1920's. He masterminded the St. Valentine's Day Massacre to eliminate the competition in Chicago for bootlegging and other associated crimes. He made sure he was in Florida when the crime took place but it was common knowledge that he ordered the hit. He was eventually convicted of tax evasion and imprisoned for that.
8. The Travels of Marco Polo - Kublai Khan

Kublai Khan was the grandson of Ghengis Khan and leader of the Mongol Empire. He was the first non-Chinese King (or Emperor) to rule over all of China when his forces defeated the last resistance of the Southern Song Dynasty in 1279. He became a legend in Europe due to the stories of Marco Polo.
9. 1973 Chilean Coup - Augusto Pinochet

Although Pinochet declared himself president, he was never elected and is therefore considered a dictator. There is some controversy over whether he was an original planner of the coup but he quickly consolidated his power within a year and never relinquished control.

His regime was known for brutally suppressing dissent but he eventually gave in to a return to democracy in 1988 for Chile.
10. 1991 Soviet Coup - Boris Yeltsin

In June 1991 Yeltsin was elected president of the Russian Republic, a member state of the Soviet Union. In August a coup against then Supreme Soviet leader Mikhail Gorbachev occurred but Yeltsin rallied popular support to stop the coup and restore Gorbachev. Yeltsin gradually gained power over former Soviet ministries and by December 8 Yeltsin joined the leaders of Ukraine and Belarus in declaring the dissolution of the Soviet Union. On December 24 the Russian Federation took the seat of the Soviet Union in the United Nations.
Source: Author tazman6619 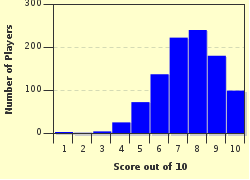