Can you match these brutal dictators with the countries they tyrannized?

When I was a kid 'Chairman Mao' was referred to as Mao Tse-Tung (1893-1976) but, however you spell it, he was one of history's most brutal tyrants. Mao was the founder of the People's Republic of China from its beginning in 1949 until his death. He served as Chairman of the Communist Party of China, and ruled with an iron fist.

He is credited with many improvements, including turning China into a world power; however, he is also responsible for human rights abuses and the deaths of between 40 to 70 million people through starvation, enforced labor and executions.
2. Joseph Stalin

Joseph Stalin (1878-1953) became the General Secretary of the Central Committee of the Communist Party in 1922. Following the death of Vladimir Lenin in 1924, Stalin became the leader of the Soviet Union until his death. Under his rule, the country was transformed from an agrarian nation to an industrial power.

At the same time, however, millions were imprisoned in Gulag labor camps. People endured the Soviet famine of 1932-1933, and the 'Great Purge', between 1933 and 1939, was organized by Stalin to eliminate his 'enemies'.

As he once said, "A single death is a tragedy, a million deaths is a statistic".
3. Adolf Hitler

There was a quiz comparing world leaders...one of the leaders was a decorated war hero, a vegetarian, didn't smoke, didn't drink, didn't cheat on his wife and inspired millions - the perfect leader? This is a description of Adolf Hitler (1889-1945), 'Der Fuhrer'. Hitler was the Chancellor of Germany and the leader of the Nazi party from 1933 until his death.

His policy of "Lebensraum" (living space) for the people of Germany was one of the primary causes of World War Two. His racist ideology was responsible for the death of over 5.5 million Jews, which does not factor in another 19.3 million civilians and prisoners of war.
4. King Leopold II

King Leopold II (1835-1909) was the second king and constitutional monarch of the Belgians. He founded, exploited and essentially 'owned' the Congo Free State (annexed as The Belgian Congo in 1908). It became his own personal enterprise from 1865 to 1909; in fact, Leopold referred to himself as "proprietor" of the world's only private colony.

He extracted valuable supplies of rubber and ivory, but never set foot on this vast territory. Under his regime there were horrific human rights abuses of the Congolese people.

He was responsible for the mutilation and massacre of ten million Africans.
5. Hideki Tojo

From October 17, 1941 to July 22, 1944, Hideki Tojo (1884-1948) was a general of the Imperial Japanese Army and the 40th prime minister of Japan. It was at this time that the attack on Pearl Harbor took place. This lead to the United States' entry into War War II, and culminated with the bombing of Hiroshima in August of 1945.

After the war, Hideki Tojo was arrested and sentenced to death for war crimes. On December 23, 1948 he was hanged.
6. Ismail Enver Pasha

It seems Enver was not the brilliant strategist he thought he was and, in a subsequent war against the Russians, his army of 90,000 men was badly defeated, and tens of thousands of Turkish soldiers died. Enver Pasha blamed it on the Armenian soldiers which led directly to the Armenian Genocide.
7. Pol Pot

Cambodian revolutionary Pol Pot (1925-1998) was born with the name Saloth Sar. He was the general secretary of the Communist Party in Kampuchea from 1963 to 1981, and leader of the Khmer Rouge (Red Cambodians) from 1963 to 1997. Inspired by Mao Zedong's Cultural Revolution, Pol Pot attempted to create a Communist agrarian society. He used repressive measures which disregarded human life and resulted in massacres on a colossal scale, i.e., "the killing fields". In 1997 Pol Pot was arrested and sentenced to life under house arrest; he died of a heart attack on April 15, 1998.
8. Kim Il-sung

Kim Il-sung (1912-1994) was the supreme leader of the Democratic People's Republic of Korea (DPRK), i.e., North Korea for 46 years. He was elected president in 1972, a position he held until his death. In the Korean War, Kim's military attempt to unify North and South Korea under his leadership had failed. Kim's rule became increasingly more oppressive as citizens were forbidden contact with the West, and as their nuclear weapons program escalated. After his death, his son, Jong Il, took over and continued the same repressive tactics, as did his successor, Kim Jong-un.
9. Mengistu Haile Mariam

Born in Addis Ababa, Ethiopia in 1937, Mengistu Haile Mariam was an Ethiopian army officer who helped overthrow the monarchy of Emperor Haile Selassie. In June of 1974, Mengistu became Chairman of the Dergue, the Communist military junta which ruled Ethiopia from 1974 to 1987.

In November of 1974, he began ordering the assassination of his 'enemies', i.e., officials of the old regime. In 1977, he unleashed his "Red Terror Campaign" to crush his opponents. Eventually, Mengistu faced famine, drought, a ruined economy and coup attempts, leading to his resignation in 1991.

He was tried on charges of genocide, found guilty and sentenced to death, in absentia, in May 2008.
10. Yakubu Gowan

General Yakubu 'Jack' Dan-Yumma Gowon staged a military coup in 1966 to become Nigeria's head of state until 1975, only to be overthrown by another coup d'etat. On May 30, 1967, the leader of the Eastern Region (Ojukwu) declared secession to become the Republic of Biafra.

This led to a war which resulted in the deaths of more than 100,000 soldiers and over a million civilian under Gowan's regime. The Nigerian Air Force was accused of targeting civilians, while the Army was alleged to have committed atrocities such as rape, looting and civilian executions.
11. Jean Kambanda

Jean Kambanda was the prime minister of the interim government during the start of the Rwandan genocide in 1994. He was sworn in on April 9, 1994 after the President and Prime Minister had been assassinated, and remained in office for the hundred days of the genocide, i.e., until July 19, 1994. Kambanda exercised control of the government which distributed weapons and incited massacres.

The genocide involved members of the Hutu ethnic majority slaughtering as many as 800,000 people, most of the Tutsi minority.

After leaving office, he fled to Nairobi where he was arrested in 1997. He was found guilty and sentenced to life imprisonment in September 1998.
12. Saddam Hussein

Saddam Hussein (1937-2006) was the fifth president of Iraq, serving for 24 years from July 16, 1979 to April 9, 2003. One of the most brutal tyrants in history, he was responsible for disastrous regional wars and for reducing his once promising nation into a police state.

At least a quarter of a million Iraqis were killed by the security services of his government in purges and genocides. Saddam was also accused of having weapons of mass destruction and ties to terrorist organizations. He was captured in 2003, convicted of crimes against humanity, sentenced to death by hanging, and executed on December 30, 2006.
13. Josip Broz Tito

Josip Broz Tito (1892-1980) was born in Croatia (then part of the Austro-Hungarian Empire) and served as Marshall of Yugoslavia from 1943 until his death. Although his military rule was authoritarian and involved repression and execution of political opponents, he was viewed by many as a benevolent despot due to his economic and diplomatic policies.

He encouraged suppressing nationalist ethnic sentiment in favor of supporting "brotherhood and unity" of the Yugoslav nations. After Tito's death, the federated entities which comprised Yugoslavia broke apart and by 1992, Yugoslavia ceased to exist.
14. Sukarno

Indonesia is an archipelago of more than 17,000 islands in South East Asia. At the beginning of the 20th century, it was ruled by the Netherlands. After World War II, General Sukarno (1901-1970) led the fight for Indonesian independence. In 1945, Sukarno declared independence and became the first president of the country, ruling until 1967.

He established a despotic system called "Guided Democracy" in 1957 which successfully ended rebellions against the government. His foreign policies became increasingly more aggressive leading to the '30 September Movement' in 1965, and his ouster in 1967.

He remained under house arrest until he died.
15. Mohammed Omar

Mullah Mohammed Omar (1962-2013) was a mujahideen commander, i.e., one who is engaged in jihad, or Muslims who proclaim themselves 'warriors for the faith'. In 1996, he founded the Islamic Emirate of Afghanistan, and he was a supreme leader of the Taliban.

He was believed to have sheltered Osama bin Laden, as well as al-Qaeda militants (prior to '9/11'). In July 2013, the Afghan government announced that he had died in Karachi, Pakistan, and these reports were subsequently confirmed.
Source: Author nyirene330 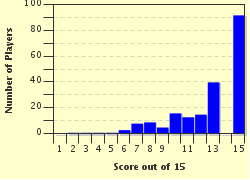