Dictators, Tyrants And Other Oppressors Quiz

Ruling with an iron fist somehow seems to be a good recipe for an (ambiguous) type of popularity. See how well you remember some of the more fearsome rulers in human history.

Quiz Answer Key and Fun Facts
1. Which of these Roman emperors was cruel and ruthless enough to even murder his own mum?

Some of these Emperors seem to have been a little immature and were adolescents when they started their career. Their youth may account for their hooligan behaviour. Nero was born in 37 AD and ruled from 54 till 68. He has a reputation for vandalism( setting Rome on fire) and killing his teachers (Seneca). Caligula started his rule the same year Nero was born and died in 41 AD, at the age of 29. He liked such practical jokes as appointing his horse as a Consul of Rome.
Domitian( born in AD 51) was thirty when he took power. He ruled from AD 81 till 96. Christians got on his nerves.
Vespasian was no youngster anymore when he became Emperor. Born in AD 9, he was Rome's supreme leader from 69 till 79.
He too felt that christians were killjoys.
2. "These boots are made for walking, for walking over you" seems to have been the youthful ambition of one of these Roman Emperors who got his name from a preference for soldier's footwear, which he was sporting already when still just a kid.

Born in 76 AD Hadrian was the Emperor of Rome from 117 till 138 AD. He does not have a reputation for cruelty, but for wise miltary strategy.
His famous "wall" between Carlisle and Newcastle-on-Tyne was probably much more a symbol than anything else. The wall told the Roman generals that that line was the limes where their expansive ambitions had to come to a halt because too large an Empire became logistically uncontrollable.
"Caligae" are the hobnailed sandals or boots worn by the legionaries.
3. Russia can only be kept under control by "strong rulers" is a traditional wisdom. It may not be an accident that words like ukase and knout are from Russian. Anyway which of these "strong Russian rulers" came the first in history?

Ivan was born in 1533 and became the first Czar of all Russia. He ruled from 1533 till 1584. Boris Godunov from 1598-1605. Peter the Great from 1682 till 1725. Catharina II or the Great from 1762 till 1796.
4. Josif Vissarionovich Dzhugashvili must have understood that to rule a marxist state a steel rod would even be better than an iron one. Anyway he adopted the name Stalin or Steely One. When did 'Uncle Joe' become the 'Man of Steel'?


Answer: he adopted the name as a nom de guerre already in 1912 to cover his subversive activities

Using "undercover names" was a very common method of disguise among the Russian revolutionaries. Another nickname of his had been Koba.Also the name Lenin was a "nom de guerre". Lenin's real name was Vladimir Ilyich Ulyanov.
5. The nicknames of dictators sometimes illustrate how the image of being a father figure, "loved and feared" at the same time, is to some extent what their power is built on. Which of these dictators never acquired a nickname that gave him such a "Big Daddy status"?

Ceaucescu made it to "Genius of the Carpathians" which is probably not a good omen, as intellectual supremacy hardly ever is a powerbasis.
Idi Amin, much more a brawny than a brainy chap, was called Dada, the meaning of which must be internationally clear as it is one of the typical sound-repetitive words that babies produce to refer to their closest of kin. Compare pappa,mamma, mummy, etc.
By the way also the word Pope derives from pappas father and so does abbot from abbas, itself from pappas.
In the West Stalin was called Uncle Joe during the Second World War when he was a friend of the G.I.'s, but to the Russians he of course was more than an uncle: "Daddy" Stalin.

This gave him a similar image as the one Attila the Hun had among his own tribesmen: Attila meaning 'Little Dad'. 'Atta' = dad. "Ila" is a diminutive. In German the name became Etzel and shows the link with such petnames as Christl,Fritzl,Gretl. Chrissie, Freddy and Maggie.
Also (Dr.) Francois Duvalier of Haiti became a Papa...
6. The fear of the Lord is the beginning of wisdom, as it is said in ancient hymns. But uniforms and colour-psychology may also play a role in the effect created by the rituals that dictators surround themselves with. It was not Mao-suits only that created an effect of collective "obedience". What was the colour of the uniform-shirts worn by the followers of Benito Mussolini e.g. on the occasion of the famous March on Rome (October 24-30, 1922)?


Answer: They wore black shirts and were called camicie nere.

The redshirts were Garibaldi's followers. Hitler's S.A.(STurmabteilung) wore brown shirts and sang songs about the "schwarzbraun" hazelnut they wanted to ressemble.
Of course Hitler's Schutzstaffel or Protective Echelon troops, the SS, wore black uniforms.
7. It's often sons of very lower class parents who reach the top rungs of the social ladder in becoming national icons and symbols of the whole nation. Which of these 20th century "all powerful tyrants" had been born as the son of a simple customs-officer?

Ceaucescu was the third child of simple peasants from the area of Scornicesti, where Nicolae was born on 26 January, 1918. He and his wife were shot by firing squad in Targoviste, 25 Dec., 1989.
Joseph Stalin was born at Gori in Georgia on 9 December, 1879. He was the son of a shoemaker. He died on 5th of March, 1953.
Benito Mussolini was the son of Allessandro Mussolini, the blacksmith
of Predappio. His mother, Rosa, was a school-teacher. Benito was born on July 29, 1883 and he and his mistress Clara Petacci were killed by Italian irregular troops on 28th of April, 1945.
Adolf Hitler was born on April 20, 1889, as the fourth child of Alois Schickelgruber and Clara Hitler. His father was a customs-official at Braunau on the German-Austrian border.Later they moved to Passau. He killed himself on April 30, 1945.His death followed Mussolini's with only a couple of days.
8. Probably it's a natural tendency to try to give friendly names such as Daddy to "rulers-that-frighten-us". Even the security troops of at least one dictators were given a name that made them into a kind of "friendly" and "family-related" bogeymen, "uncles" of the police. Whose "secret police" got such a pseudo-reassuring nickname?

Vorster(born in Jamestown in the Cape Province in 1915) was Prime-Minister of South-Africa from 1966 till 1978, in which year he was elected President.A political scandal forced him to resign.He died in 1983 at Capetown.
King Faruk ruled from 1936 till 1952.
Papa Doc aka Francois Duvalier was born on 14 April 1907 at Port-au-Prince, Haiti. He died on 22nd of April 1971. He had been President since 1957.
His security troops were called "Tonton Macoute". Macoute = bogeyman. Tonton is a French pet form of "Oncle". Also Francois Mitterand was nicknamed Tonton.
According to Haitian tradition, at Christmas well-behaved kids got presents from "Tonton Noël". But the bad boys and girls were carried away by "Tonton Macoute" in his "macoute" or "rucksack".
9. Whether a dictator is perceived as a dictator is often a matter of point of view. Great conquerors will have been perceived as terrifying "tyrants" by those conquered, but may have been perceived as national heroes by their own people. Which of these "conquerors" came first in history?

Tamburlaine the Great aka Tamerlan or as Timur the Iron Man was born on April 8 1336 at Hodjar Ulgar 100 kms south of Samarkand. He died on 19th of January 1405 at Otrar, when on his way with his army to attack China.
Ghenghis Khan was an earlier Mongol ruler, who was born around 1165, and died August 1227.
We have to return farther back in time to come across Attila, the King of the Huns. He lived in the fifth century AD and was born ca. 406. He ruled from 433 on till 453.
But the earliest in history came the Macedonian-born Alexander the Great.(356-323). He was born at Pella in Macedonia, married a Bactrian princess, Roxana, in 327 BC, but had as his "significant other" a boy-friend of the name of Hephaistion Amyntoros.
10. Dictators need not be born as "baddies". Some of them seem to have had very fine ideals in their younger years. Which of these even had destined himself for the priesthood and spent some years in a seminary?

Another ex-seminarist who played a major role in politics was the French "foreign affairs expert" Francois Talleyrand (1754-1838). Talleyrand received minor orders in 1774 and even was ordained in 1779 at the age of 25. He never led the life of a priest however, and his entry into a seminary had not exactly been for very pure motives.
Mao Zedong was born on Dec.26, 1893, at Shao Shan, a village in Hunan province. He died on Sept.9th 1976.
Napoleon was born on August 15, 1769 in Ajaccio, Corsica.
Died on May 6, 1821, probably from stomach cancer.
Source: Author flem-ish 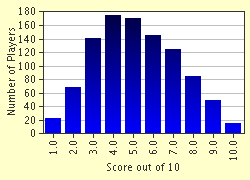