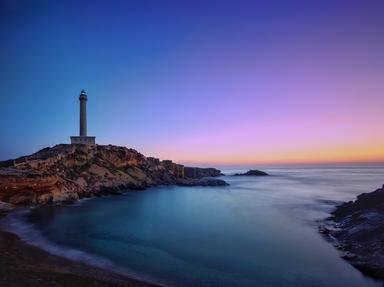 A short quiz covering the golden age of transatlantic travel.

Quiz Answer Key and Fun Facts
1. What is the present name of the former French flagship France?

France was the longest transatlantic liner ever built; she was noted for the standards of her cuisine, but lost money heavily to the transatlantic jet, and was laid up for a number of years before being sold to the Norwegians and converted for cruise work.
2. All three 'Queens' were built in the same yard. In which country was it located?

The three Queens were all built at John Brown's Yard, in Clydebank, near Glasgow. The yard, which is now closed, built many famous liners and warships, including the Hood and Britain's last battleship, HMS Vanguard.
3. Which Blue Riband holder carried an aircraft for flying off mail when approaching port?

The Bremen was built in 1929 and took the record from the Mauretania. She was bombed and sunk in an air raid in 1941
4. Which celebrated ocean liner was deliberately sunk during the making of the film 'The Last Voyage'?

The Ile De France was one of the most popular liners on the North Atlantic. She served during WWII as a troopship, and was involved in the rescue operations when the Andrea Doria was sunk following her collision with the Stockholm.
5. Only one French liner ever held the Blue Riband. Which one?

The Normandie was the largest ship in the world until the Queen Mary was built, and regained the title when she had additions to her superstructure which raised her tonnage once again above that of her rival. She and the Mary battled for the record in the period leading up to the war. She was burnt out in New York while converting to the troopship Lafayette.
6. By what name is the Hales Trophy better known?

The trophy was created by Arthur Hales (1868-1942) in 1935 to be presented to the holder of the transatlantic record. To my knowledge Cunard refused to accept it. I don't know how other companies reacted.
7. What was the name of the last four-funnelled liner on the North Atlantic run?

The Aquitania served as a trooper throughout WWII, and after the war shipped GI brides and their families across the Atlantic. Built in 1914, she was utterly worn out when she was taken for scrapping to Gareloch, Scotland, in early 1950.
8. Which liner was nicknamed The Green Goddess?

The Caronia, the first major postwar British liner, was painted in a number of shades of light green. She was built with cruising in mind, and was sold to other owners in the sixties. She was wrecked on Guam in 1974 en route to the breaker's yard
9. What 'first' was the Gripsholm when she entered transatlantic service in 1925?


Answer: She was the first motor liner on the north atlantic run

The Swedish Gripsholm was diesel-powered. She served throughout the war as a Red Cross ship, and was sold in 1955, becoming the Berlin, the first German-flagged ship on the route since 1939
10. Which revolutionary Dutch liner made her first transatlantic crossing to New York in 1959

The Rotterdam was revolutionary in that she had her engines aft, and her profile was instantly recognisable.
Source: Author sunnyjim 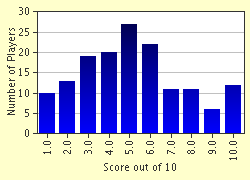 
Other Destinations
Explore Other Quizzes by sunnyjim