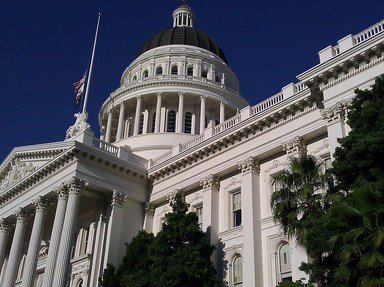 Famous US Secretaries of State Quiz

From this list of US Secretaries of State, match each to the brief description of his/her place in history or achievements.

In addition to serving under Abraham Lincoln during the American Civil War, Seward was the prime figure in the acquisition of Alaska from Russia that was referred to in those times as "Seward's Folly".
5. Created a plan to rebuild Europe after World War Two

After World War Two, the economies of many nations were in dire straights. George Marshall initiated a plan to speed recovery of those nations. President Truman called it the Marshall Plan. Marshall received the Nobel Peace Prize, the first military person to be so named.
6. Ran for President three times

William Jennings Bryan was the Democratic Party candidate for president in 1896, 1900, and 1908. As Secretary of State under Woodrow Wilson, he served from March 1913 until June 1915. He was later a witness for the prosecution in the famed Scopes Trial in 1925 where he was humiliated by defense attorney Clarence Darrow.
7. Longest serving Secretary of State

Cordell Hull served in all four of Franklin Roosevelt's four terms. The Constitution now limits the presidency to two four year terms so it would be difficult to serve anywhere near Hull's 4289 days. Next on the list are Dean Rusk and William Seward, both with 2921 days.
8. Anti-communist and favored massive retaliation and brinkmanship

John Foster Dulles was one of the more aggressive Secretary of State. He held the position through most of Dwight Eisenhower's administration. His Cold War policies reflected the anti-communist mood of the times that was a part of many agreements he negotiated. The press dubbed his policies 'brinkmanship" as some might well have led to hostilities.
9. Seventeenth Secretary of State and fifteenth President

Buchanan is remembered for his ineptness in stemming the tide of the Civil War. However, as Secretary of State under James K. Polk he led negotiations that vastly expanded the territories of the United States with the Oregon Treaty and the Treaty of Guadalupe Hidalgo.
10. Private secretary to Lincoln and Secretary of State under William McKinley and Theodore Roosevelt

John Hay probably had more access to Abraham Lincoln than any one else. Later he was to serve as Secretary of State under both McKinley And Theodore Roosevelt. He urged annexation of the Philippines, an Open Door policy toward China, and negotiated the treaty with Panama paving the way for the Canal.
Source: Author Rehaberpro 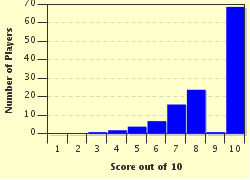 Related Quizzes
This quiz is part of series American Leaders:

What do you know about American leaders?