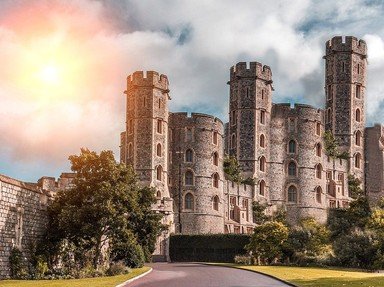 I'd Love To Live There Trivia Quiz

As they raced their way around the world, the Peerless Peloton found a number of desirable residences in which they would love to live. We present a plethora of palaces for your perusal and pleasure.

The current Winter Palace, which is situated between Palace Square and the south embankment of the Neva River in St Petersburg, is a far cry from the humble wooden house built for Peter the Great. It is the fourth incarnation to occupy the site and was designed and built by the Italian architect Bartolomeo Rastrelli between 1754 and 1762 on the orders of the Tsarina Elizabeth. Built in the Russian Baroque style, the interiors of the palace were gutted by fire in 1837 but were restored on the orders of Tsar Nicholas I. The last tsar to use the palace as his main residence was Alexander II as, following his assassination in 1881, its size was considered to be a security risk.

Following the abdication of Tsar Nicholas II in 1917, the palace became the headquarters of the provisional government. This led to its storming by the Bolsheviks in the same year when the palace was ransacked. It was declared part of the State Hermitage Museum in October 1917. Today many of the palace's state rooms are open to the public. Highlights for visitors include the Malachite Room, where over two tons of Ural Malachite were used in the decoration, and the heavily gilded Golden Drawing Room.
2. Which English palace built for Thomas Wolsey is well known for its maze?

Built in around 1514 and situated in the borough of Richmond on the River Thames, Hampton Court Palace was originally owned by Cardinal Thomas Wolsey. However, after Wolsey's fall from grace the palace passed into the ownership of King Henry VIII. Major renovations were carried out during the reign of King William III and it was during this period, in 1690, that the famous maze was laid out by George London and Henry Wise. Originally planted with hornbeam, the maze has been replanted over the years with yew. The grounds of the palace also contain the "Great Vine", a grape vine planted by Capability Brown in 1769 which is considered to be the longest vine in the world.

The royal family ceased using the palace as a residence in 1737 and today it is one of the major tourist attractions in the UK. Every July it plays host to the famous Hampton Court Flower Show.
3. The Grand Palace situated on the banks of the Chao Phraya River is the official residence of the monarchs of which country?

The complex of the Grand Palace which is situated on the banks of the Chao Phraya River in Bangkok is the official residence of the monarchs of Thailand and is considered to be the spiritual heart of the country. Construction began in 1782 under the orders of King Rama I who moved the country's capital from Thonburi to Bangkok and it remained the main residence of the royal family until 1925. However, it is still used for ceremonial occasions.

The palace is a complex of buildings which is divided into the Outer Court, the Middle Court and the Inner Court. One of the major attractions to be found in the palace is Wat Phra Kaew, the Temple of the Emerald Buddha. This figurine carved from green jade is the most sacred Buddhist sculpture in Thailand.
4. The Pena National Palace in Sintra is situated near which westerly European capital city?

It can be found approximately 35 kilometres from Lisbon (the most westerly capital in continental Europe). Situated on a hill overlooking the town of Sintra, the Pena National Palace was built by King Ferdinand II in 1847 as a summer retreat for the Portuguese royal family. Originally the site was home to a monastery which was destroyed in the great earthquake of 1755. In 1889 King Ferdinand purchased the monastery and the surrounding grounds and commissioned Baron Ludwig von Eschwege to build the palace in the Romantic style. It is surrounded by a park and a woodland garden.

In 1889 the palace was bought for the Portuguese state and was declared a national monument. In 1995 the palace and the surrounding area of Sintra were declared a UNESCO World Heritage Site.
5. Which romantic German castle was the main inspiration for the Disneyland Sleeping Beauty Castle?

Schloss Neuschwanstein, Germany's fairytale castle, is located on a ridge above the village of Hohenschwangau in Bavaria and is one of the world's most recognisable buildings. Begun in 1869 by "Mad" King Ludwig II as a personal retreat, the castle is designed to pay homage to composer Richard Wagner of whom Ludwig was a great admirer. The concept of the castle was conceived by a stage designer Christian Jank and took over seventeen years to complete. The name Neuschwanstein means "New Swan Castle" referring to one of Wagner's characters, the Swan Knight, and many of the rooms such as the Hall of the Holy Grail are inspired by Wagner's operas.

Sadly, Ludwig only resided in the castle for about 170 days before his death in 1886. Today the palace is managed by the Bavarian Palace Department and attracts some 1.3 million visitors a year.
6. Which palace, home to a famous emerald dagger, is located in Istanbul?

Situated on Seraglio Point overlooking the Bosphorus and occupying 175 acres, the Topkapi Palace was built between 1459 and 1465 on the orders of Sultan Mehmet II. The palace was home to the Ottoman sultans until their residence was moved to the Dolmabahce Palace in 1853 by Sultan Abdul Mecid I.

The palace was declared a museum in 1924 and is one of the premier tourist attractions in Turkey. Of special interest to visitors is the Treasury which hosts some of the most valuable artifacts from the Ottoman Empire. Among them is the Emerald Dagger, a jewel-encrusted dagger containing three large emeralds that was supposed to be a gift from Sultan Mahmud I to the Shah of Iran but which was never delivered. This dagger was the subject of the 1964 film 'Topkapi' starring Peter Ustinov and Melina Mercouri.
7. The Iolani Palace, the only royal palace used as an official residence of a reigning monarch in the United States, can be found in which state?

Situated in Honolulu on Oahu Island in Hawaii, the Iolani Palace was built by King David Kalakaua and completed in 1882. It was the first building in Hawaii to have electric lights, flush toilets and telephones, and served as the royal residence for the kings and queens of Hawaii until the monarchy was overthrown in January 1893. After the deposing of Queen Lili'uokalani, the building was used by the Provisional Government until 1969 when the government moved to the newly built Capitol Building. After extensive renovations it was opened to the public as a museum in 1978.

The palace was declared a National Historic Monument in 1962 and placed on the National Register for Historic Places in 1966.
8. Known as the "Red Castle", which famous fortress and palace can be found in Granada, Spain?

Situated on the Assabica Hill on the outskirts of Grenada, Spain, the Alhambra takes its name from the Arabic "al-qalat-al-Hamra" which means the Red Castle, a reference to the colour of its walls. Although there are sections which date back to the 9th century, the expansion of the complex began in 1333 by Yusuf I and was continued by his son Mohammed V. It served as both palace and fortress to the Moorish rulers. In 1492 they were defeated during the "Reconquista" by the Catholics and certain parts of the complex were demolished to make way for the Palace of Charles V in 1527. It is said that it was in the Great Hall of the Ambassadors that King Ferdinand and Queen Isabella first met Christopher Columbus.

The complex fell into disrepair before renovations started in the 19th century. It was designated as a UNESCO World Heritage Site in 1984.
9. Known for its casinos and high society, the Prince's Palace is the royal residence of which country?

Situated in Le Rocher on a rocky headland overlooking the Mediterranean Sea, the Prince's Palace is the official residence of the Prince of Monaco. Also known as the "Pink Palace" because of its pale salmon pink colour, the palace started out life in 1191 as a fortress of the Genoese Republic. Captured by the Grimaldi family in 1297, it has been home to the ruling family of Monaco for over 700 years.

When he acceded to the throne in 1949, Prince Rainier III began restoring the palace which had fallen into disrepair. In 1956 he married Grace Kelly, the star of the 1956 movie "High Society". As Princess Grace she was very involved with the restoration of the palace and is said to be responsible for much of the revival of the fortunes of Monaco.
10. In which famous French palace can the Hall of Mirrors be found?

The Chateau of Versailles is probably one of the world's best known palaces and is one of the most visited tourist attractions in France. In 1682, King Louis XIV, the Sun King, was looking to move his court from Paris and began building a palace in the grounds of his father's old hunting lodge. The result is the spectacular Baroque masterpiece which came to represent the excesses of the "Ancien Regime". It is situated in a 250 acre park with magnificent gardens designed by Andre le Notre. The palace remained the principal royal residence until 1789 and the advent of the French revolution. In 1830 the palace was designated a Museum of the History of France.

Among the many sights to be seen within the palace is the famed Hall of Mirrors, a 239 foot long room with seventeen arched windows overlooking the gardens which are reflected in seventeen mirrored arches. It was here that the Treaty of Versailles, which ended World War I, was signed in 1919.
Source: Author KayceeKool 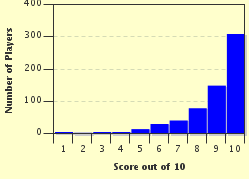