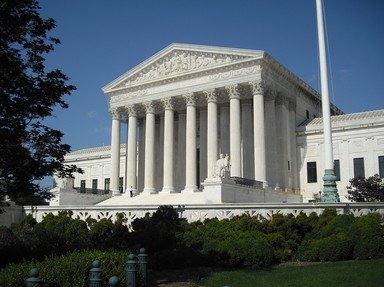 Justice Will Be Served Trivia Quiz

The Supreme Court represents one of the three branches of US government. Its power cannot be understated. But how well do you know the men and women who have served on the highest court in the land? Enjoy this quiz!

Quiz Answer Key and Fun Facts
1. Sandra Day O'Connor became the first female to serve on the Court. Which President appointed her?

President Reagan appointed Sandra Day O'Connor in 1981. She served on the Supreme Court until her retirement in 2006. Because presidents traditionally appoint prospective justices whose philosophies are similar to their own, O'Connor's conservative bent made her a logical choice.
2. Then Chief Justice Earl Warren was appointed by President Lyndon Johnson to head a commission to investigate what?

Decades after the Warren Commission issued its 26-volume report, which concluded that Lee Harvey Oswald was the lone assassin of President John F. Kennedy, the debate has raged over the investigation itself as well as the conclusions of the Commission.
3. Counting the Chief Justice, how many justices are on the Supreme Court?

All justices are originally nominated by the President and must then be confirmed by the Senate.
4. Who followed Earl Warren as Chief Justice?

Upon the announcement of Earl Warren's retirement, President Lyndon Johnson nominated Associate Justice Abe Fortas for the position of Chief Justice. But the Senate blocked confirmation of Fortas. Warren delayed his retirement until Johnson's term was over and the new President, Richard Nixon, nominated Burger to the post.
5. Justice Clarence Thomas was appointed by President George H.W. Bush. During his Senate confirmation hearing, who made accusations of sexual harassment against him?

Discrepancies in Anita Hill's testimony before the Senate Judiciary Committee and her inability to provide solid evidence proved to be fatal to her case against Justice Thomas.
6. Which of the following statements is true?


Answer: As vacancies occur, the President can nominate anyone to serve on the Court.

Marshall was nominated by President Lyndon Johnson in 1967. Clarence Thomas was the second African-American to be appointed. Adam Clayton Powell was a US Congressman from New York and Andrew Young is a former US Ambassador to the United Nations, a former Mayor of Atlanta Georgia and a former US Congressman.
9. Which of these statements is *not* true?


Answer: The President can overturn a ruling by the Supreme Court

While the President has the power of veto over Congress (which can still be overruled), the system of checks and balances established by the Founding Fathers does not allow a President to overturn a ruling by the Supreme Court.
10. Which of these served the longest as Chief Justice of the United States?

Appointed by President John Adams, Marshall served from February 4, 1801 to July 6, 1835. Rutledge holds the distinction of serving the shortest term, from August to December of 1795.
Source: Author Bob9491 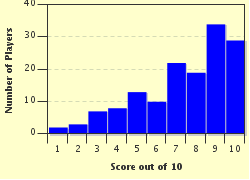