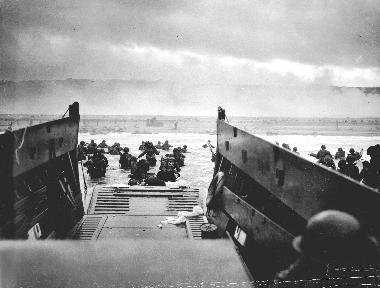 Michael Wittmann, known as 'The Black Baron', was perhaps Germany's greatest World War 2 tank ace. My primary source for this quiz is the two volume biography about Wittman by Patrick Agate.

Quiz Answer Key and Fun Facts
1. According to the historian Patrick Agate, Wittmann destroyed 138 tanks and 132 anti-tank guns, with most of these kills credited over a 15 month period between 1943 to 1944. On which battle front were most of these kills accredited?

Wittmann served briefly in the Greek Campaign as well the Western Front after the Allied landings in Normandy, however, his greatest successes were in the pitched tank battles of the Eastern Front. His kill rate during the Battle of Kursk was prolific, being credited with destroying at least 30 Russian tanks, 28 anti-tank guns, and 2 artillery batteries in a single day.

In his most famous encounter on the Western Front at the town of Villers-Bocage, Wittmann was credited with destroying 15 British tanks and forced a further six to bail-out.
2. Wittmann started off the war commanding a SDkfz 232 armoured car. What tank was he first issued? Technically the tank in question was classified as an assault gun and had a fixed rather than revolving turret.

When Germany invaded Russia in July 1941, Wittmann commanded a Sturmgesscgutz III (Stug). This assault gun had a fixed gun, but this did afford it a low profile making it a deadly ambush tank. The assault guns were primarily used as infantry support and so operated typically in ones or twos as opposed to en masse which was the role of the tanks.

In an early encounter Wittmann's Stug faced 18 Russian tanks alone. He succeeded in knocking out six before the remainder decided that discretion was the better part of valour and withdrew.

As a result of this action Wittmann was awarded the Iron Cross, Second Class.
3. Wittmann joined the German army in 1934. In 1937 he joined an elite SS unit. Which one?

The SS Leibstandarte originally started life as Hitler's bodyguard and was considered elite even by SS standards. They were, however, implicated in many atrocities, including the massacre of US prisoners at Malmedy during the Battle of the Bulge. Wittmann joined the German army in 1934 and then the SS as a junior officer in 1937.

He eventually rose to the rank of SS-Hauptsturmfuhrer (captain).
4. In 1943 Wittmann acquired the tank for which he became most famous. This tank was, at least until the closing stages of the war considered to be the most feared and deadly tank of the second world war. Think of the famous tank battle scenes in 'Saving Private Ryan' and 'Fury'. Name the tank.

When it first was used in action in 1943, the Tiger tank had undoubted superiority over its Russian counter-parts with its deadly 88mm gun and virtually impregnable frontal armour. At a colossal 50 tons strain on the transmission mechanism was a constant cause of mechanical failure resulting in many of these beasts to be abandoned rather than knocked out.

Although in itself the Tiger 1 would set even a mediocre crew apart from lesser allied tanks, what made Wittmann a great, as with great sportsmen, was his situational awareness and tactical nous.
5. In 1943 Wittmann participated in the Battle of Kursk. What did the German's call this operation?

Operation Citadel (Zitadelle) was fought between 5th July and 23rd August 1943 around the City of Kursk in western Russia. It was meant to be a surprise attack by the Germans to re-establish the initiative after the disastrous Battle of Stalingrad. To date this battle is recorded as the greatest clash of armour in history, involving some 6,000 tanks, 2m troops and 4,000 aircraft. The Russians had plenty of forewarning of the forthcoming attack and ultimately the battle was a German strategic failure.

The invasion of Russia in 1941 was named Operation Barbarossa; Operation Typhoon was the aborted push on Moscow; Operation Autumn Fog referred to the Battle of the Bulge in 1944.
6. In 1944 Wittmann transferred to the Western Front. It was at Villiers Bocage where Wittmann's most famous action took place, where he single-handedly mauled a British Division. Which one?

The 7th Armoured Division was also known, famously, as the Desert Rats. They had already fought a grueling campaign across the desert. Their Cromwell tanks and Shermans were no match for Wittmann's Tiger. According to the citation from his commanding officer his unit of 6 Tigers, supported in turn by 15 Panzer IVs was credited with destroying 138 tanks and 132 anti-tanks guns, blunting what threatened to be a breakthrough in this sector. The British claimed that over the two days of the battle their losses were 23-27 tanks compared with 8-15 German, including 6 precious Tiger tanks - Wittmann himself had to abandon his tank after it was disabled by anti-tank fire.

It has been pointed out, however, that the the devastation wrought on them was not as severe as claimed, as the photographs had been doctored by the Nazis. I mention the Sherwood Rangers Yeomanry as they are the subject of an excellent book called 'Brothers in Arms' (2022) by James Holland.
7. Still on the subject of Wittmann's triumph at Villers-Bocage, in his citation Wittman's superior officer referred to his destruction of 15 British heavy tanks. There were two types of British tank encountered. What were they?

Wittmann's success lay in his cunning and risky opportunism. It paid off with devastating results here. Single-handedly he took on the British column head-on, destroying with brutal efficiency all allied armour that his tank passed. Shermans and Cromwells were, in fact, medium tanks, the Cromwell in particular sacrificing armour for speed. Strangely for a tank that relied on speed the Cromwell's reverse speed was a mere 2mph making it almost impossible for these tanks to escape from the oncoming monster tank.

The British did have some Sherman Firefly tanks equipped with the powerful 17-pounder gun capable of penetrating the Tiger's immense front armour. Typical of the British mentality towards armour they chose to distribute these tanks one per troop (of four tanks) rather than concentrate them into powerful fighting groups as the Germans did. Not surprisingly Fireflies became the primary target for any experienced gunner leaving the lesser armed supporting Shermans unable to damage the heavy panzers with their inferior guns.

T-34s and KV1s are, of course, Russian tanks and formed the bulk of the armour Wittmann encountered at the Battle of Kursk.
8. When and where was Wittmann killed?

Wittmann was killed in action near to the village of Saint-Aignan-de-Cramesnil during Operation Totalize. In an interesting parallel, as is the case as his World War I counter-part, the Red Baron, the cause of his death is controversial with several claims to his prized scalp.

The Nazis claimed he was killed by a cowardly airstrike, although there are no flight records of allied aircraft being present that day. The British also claimed that they fired the fatal shot, but the most likely story is that it was a tank from the Canadian Sherbrooke Fusilier Regiment that finally brought Wittmann's killing spree to an end. With regards to the survivor story - that was his one time gunner Balthasar 'Bobby' Woll.
9. How did Wittmann and his tank meet their end?

Nazi propaganda and some sympathetic historians claim that Wittmann's tank was destroyed by 'cowardly' allied aircraft. This is doubtful as no witnesses on the day reported allied aircraft and post-war investigation into flight records revealed that no allied aircraft were operating in the vicinity on the day.

Wittmann's troop did run straight into prepared positions held by the British and Canadians. Wittmann's tank was known by its usual identifying number on the turret '205' but on the day he was killed his tank usual tank needed mechanical repairs so he took a different tank ( number 007!).

Initially, therefore, the Allies did not realize that out of the three Tigers they had just bagged one belonged to the notorious Black Baron. For several years the British were credited with the kill although a recent investigation puts the kill, more plausibly with the Canadians.
10. Wittmann was buried in an unmarked grave and was only discovered several years later. When was his body finally found?

In 1983 the Volksbund Deutsche Kriegsgrabfürsorge, the German War Graves Commission carried out excavations in a field adjacent to RN 158 near Gaumesnil and the remains of Wittmann and his crew were found. Wittmann was positively identified from his dental records and his body and those of his crew were reburied in the German War Cemetery at La Cambe, Normandy.

His fame is such that to this day people travel from all over the world to pay homage to his final resting place. As a testament to his fame (or infamy) in 2015 news agencies around the world reported the theft of his gravestone, the local police suspecting that the culprits were neo-Nazis.
Source: Author Mightybear


Other Destinations
Explore Other Quizzes by Mightybear