I hope you will enjoy this quiz and learn a lot! This is a good quiz on some of the British Monarchs and the time they were on the throne. Good luck!

Share on Facebook
Share on Twitter
Share by E-Mail
Author
Corycool
Time
3 mins
Type
Multiple Choice
Quiz #
24,934
Updated
Jul 23 22
# Qns
10
Difficulty
Average
Avg Score
8 / 10
Plays
1494
This quiz has 2 formats: you can play it as a or as shown below.
Scroll down to the bottom for the answer key.


Answer: William I, The Conqueror

William, the illegitimate son of the Duke of Normandy, spent his first six years with his mother in Falaise. He received the Duchy of Normandy upon his father's death in 1035.
2. Who ruled England from 1216-1272?

Henry III, the first monarch to be crowned in his youth, inherited the throne at age nine!
3. Who ruled England from 1307-1327?

Edward II lacked the royal dignity of his father and failed miserably as a King. He inherited his father's war with Scotland and displayed his ineptitude as a soldier.
4. Henry V ruled England during which years?

Henry V, the eldest son of Henry IV and Mary Bohun, was born in 1387. As per arrangement by the Treaty of Troyes, he married Catherine, daughter of the French King Charles VI, in June, 1420.
5. Edward V ruled in which year?

Elizabeth I was born in 1533 to Henry VIII and Anne Boleyn. She took the throne after her half-siblings Edward VI and Mary died.
7. Who ruled Great Britain from 1625-1649?

George III was born in 1738. He was the first son of Frederick, Prince of Wales and Augusta. He married Charlotte of Mecklinburg-Strelitz in 1761, to whom he was devoted.
9. Who reigned over Great Britain and Ireland from 1830-1837?

George V was born June 3, 1865. He was the second son of Edward VII and Alexandra.
Source: Author Corycool

This quiz was reviewed by FunTrivia editor bloomsby before going online.
Any errors found in FunTrivia content are routinely corrected through our feedback system.
Most Recent Scores
Jan 26 2023 : Guest 5: 7/10
Jan 11 2023 : Guest 77: 10/10 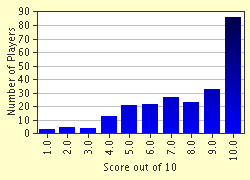