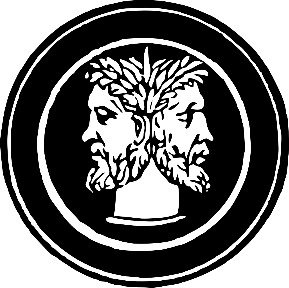 The Two of Us as One Trivia Quiz

Authors Richard Marsten and Ed McBain, for example, are in fact the same person - Evan Hunter. Can you match these pseudonyms correctly?

Washington Irving (1783 - 1859) is an American author best known for his short stories 'The Legend of Sleepy Hollow' and 'Rip van Winkel', both attributed to the fictional Dutch historian Diedrich Knickerbocker, and both part of his collection, 'The Sketch Book of Geoffrey Crayon, Gent.' Geoffrey Crayon was another pseudonym that he was to use multiple times.

In fact, he only used his own name for biographical and historical works, creating fictitious characters as the authors of almost all of his fictional works.
2. Mark Twain

Samuel Langhorne Clemens (1835 - 1910) is best known as Mark Twain, author of 'The Adventures of Tom Sawyer' and 'The Adventures of Huckleberry Finn', among other classics of American literature. But he clearly enjoyed creating outlandish names, sometimes with a clear 'in-joke' meaning. Some of his early work was a series of humorous letters ostensibly written by Thomas Jefferson Snodgrass.

The name has also been used as a pseudonym for an online blog and social media account exploring the ethics of technology. And genealogy sites list a Thomas Jefferson Snodgrass who lived in Tennessee between 1832 and 1863. Presumably the former knew of the pseudonym's previous use; it is possible that the latter's name had come to attention and been chosen for its resonance before Clemens submitted his letters to the Keokuk (Iowa) Post in 1856 and 1857.
3. Cecil Day-Lewis

Cecil Day-Lewis CBE (1904 - 1972) was born in Ireland, but moved to London with his mother at the age of two, following his father's death. As an author, he generally chose to write his surname in unhyphenated form. The original version was chosen by his father, whose birth father had been named Day, and adoptive father Lewis. He was appointed British Poet Laureate in 1968, holding that post until his death. He is known for producing some of the best translations into English of Latin classics, including Virgil's 'Aeneid'.

In the early part of his career, he supplemented the fairly meagre income available for poetry by writing mysteries under the pseudonym Nicholas Blake. He enjoyed the process so much that he continued to produce them even after achieving financial security.

And yes, he is the father of Academy Award winner Daniel Day-Lewis.
4. Lawrence Durrell

Lawrence George Durrell (1912 - 1990) was the brother of naturalist Gerald Durrell, also a well-known author. He published the work that is most associated with establishing him as a significant writer, 'The Alexandria Quartet', between 1957 and 1960. His 'Avignon Quintette', also using the technique of people with different viewpoints describing overlapping stories that include the same events, won several major prizes. The same multiple-perspectives approach was earlier used in his 1937 novel 'Panic Spring', written as Charles Norden.

Born in India, and spending much of his life residing in Greek islands, Durrell is often described as an expatriate British writer. His time as an attaché in Cairo and Alexandria during World War II provided him with a lot of the background for his most well-known works.
5. Isaac Asimov

Isaac Asimov (1920 - 1992) was born in Russia, before his family emigrated to the USA when he was three. His parents ran a candy store, and the cheap reading material sold there gave him his first exposure to the world of literature. He is famously a prolific writer - not only one of the grand masters of science fiction, but also the author of books that span the entire Dewy Decimal classification system.

While he wrote most of his work under his own name, the 'Lucky Starr' series (science fiction stories for younger readers) were written as Paul French.
6. Kingsley Amis

Sir Kingsley William Amis CBE (1922 - 1995) was an English author whose name may be most familiar from his first novel, the 1954 satire of academia 'Lucky Jim'. When he was signed to assist in producing new James Bond novels following the death of Ian Fleming, he used the name Robert Markham as the author of 'Colonel Sun' (1958). Amis may have been selected because of his previous Bond-related writing, including 'The James Bond Dossier' (1865), a serious (albeit somewhat tongue-in-cheek) critical analysis of the books.
7. Donald Westlake

Writing under his birth name, Donald Edwin Westlake (1933 - 2008) wrote a number of crime novels including the John Dortmunder series that was originally planned to feature the hard-boiled detective Parker, from the series he wrote as Richard Stark. As the first novel in the series evolved, it became clear that it was too light-hearted for Parker, so a new character was created, and he used his real name. Richard Stark was only one of around twenty different pseudonyms used by Donald Westlake, but it was by far the most famous one.
8. Harry Turtledove

Harry Norman Turtledove (born 1949) has a PhD. in Byzantine history, specifically the period from 565 to 582 CE. His writing is mostly in the areas of alternate history and fantasy. His first two novels were published under the name of Eric G. Iverson - said to be because his real name was considered implausible.

He published several novels using his own name in 1985. Following from that, his 'Videssos' series is set in a world much like the Byzantine Empire (but with magic). In 1998 he started writing historical fiction under the name H. N. Turtletaub ('turtletaube' being German for turtledove).
9. Nora Roberts

Eleanor Marie Robertson (born 1950) started using the name Niora Roberts when she began writing romantic fiction for Silhouette books in 1981. In 1992, her publisher suggested she use another name for some of her work, so they could publish as fast as she was writing.

Instead of straight romance, she pivoted to a new genre, and started the 'In Death' series using the name of J. D. Robb. These futuristic police procedurals featuring Eve Dallas and her husband Roarke focus on the developing relationship between the two.
10. Lemony Snicket

Daniel Handler (born 1970) is probably best known for his children's series 'A Series of Unfortunate Events', written as Lemony Snicket. He has published a number of adult books under his own name, including 'The Basic Eight', his first novel which was rejected (according to him) 37 times before it was published in 1999.