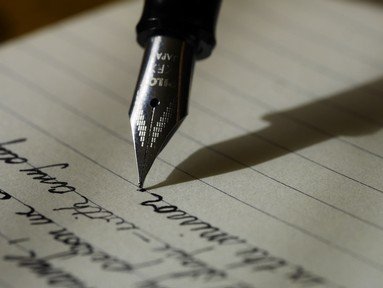 When Two of Us Are One Trivia Quiz

Many authors have published using different names for different works. Can you match the two names who are one person in disguise?

Richard Saunders was the official author of 'Poor Richard's Almanack', the source of many of the quotations attributed to Benjamin Franklin FRS FRSE (1706 - 1790), one of the Founding Fathers of the United States. As well as being a newspaper publisher, he was a scientist and inventor, a philosopher and a diplomat. 'Poor Richard's Almanack' was published annually from 1732 to 1758. Franklin had a long history of creating a character to be the ostensible author of the material he wrote, starting in 1722 when his brother James refused to publish his letters in the New England Courant; he created a middle-aged widow named Silence Dogood who wrote letters every fortnight, receiving regular publication in the newspaper.
2. Charles Dickens

Charles John Huffam Dickens FRSA (1812 - 1870) is remembered now primarily for the novels he published using his own name (including 'Great Expectations', 'David Copperfield', 'A Tale of Two Cities' and 'A Christmas Carol'), but he used his family nickname of Boz when he published early collections of his journalistic work, including 'Sketches by Boz' (1836).

Its success led to Dickens being invited to provide the short stories to accompany some engravings for a monthly release; the result was collected and published in a book as 'The Pickwick Papers', and Dickens immediately became a celebrity.
3. Erle Stanley Gardner

Erle Stanley Gardner (1889 - 1970) is most familiar as the author of the Perry Mason series of novels, adapted for film in the 1930s, on radio in the 1940s, and as a television series in the 1950s, featuring Raymond Burr as the attorney. Gardner had a brief appearance as a judge in the final episode of the series, 'The Case of the Final Fadeout' (1966).

Gardner started writing for pulp magazines in the early 1920s, finding himself bored with his work as a lawyer. Although he enjoyed actual litigation, there was a lot of less interesting work to do! Much of his writing was based on his legal background, but he also wrote extensively about his exploration of Baja California, an area that he loved.

Under the pen name A. A. Fair, he wrote a series of novels about the private detective firm Cool and Lam.
4. Agatha Christie

Dame Agatha Mary Clarissa Christie, Lady Mallowan, DBE (née Miller; 1890 - 1976) is immediately familiar as the British mystery writer who created Hercule Poirot and Miss Marple, among other characters who have been portrayed in a range of entertainment media. She married Archie Christie in 1912, wrote her first published novel ('The Mysterious Affair at Styles') in 1916, had her only child in 1919, and was divorced in 1926, shortly after her infamous disappearance. Shortly afterwards, she took the Orient Express to Baghdad, and made friends with some archaeologists working in Iraq. This led to the meeting with her second husband, whom she married in 1930, and accompanied on archaeological expeditions which she used as the inspiration for several of her mysteries.

The pseudonym Mary Westmacott was used for six books, sometimes described as romantic fiction, but perhaps more accurately termed explorations of the psychology of relationships. These books actually received better critical response than the mysteries she published under her own name, and were modest successes in terms of sales.
5. John Dickson Carr

Although John Dickson Carr (1906 - 1977) was an American mystery writer, his two best-known detectives, Dr. Gideon Fell and Sir Henry Merrivale, were British. A Dr. Fell mystery, 'The Hollow Man' (1935) is often considered one of the best examples of the locked-room genre of all time.

The Sir Henry Merrivale books were written using the name Carter Dickson. He was also the authorised biographer of Arthur Conan Doyle, for which he received an Edgar Award in 1950, and which also led to his subsequent collaboration with Adrian Conan Doyle (youngest son of the creator of Sherlock Holmes) to write a collection of short stories titled 'The Exploits of Sherlock Holmes', purporting to be previously undocumented cases of the master sleuth.
6. Ruth Rendell

She used the pseudonym Barbara Vine (using her middle name and he great grandmother's maiden name) when writing a series of psychological thrillers that explore the ways in which hidden secrets can impact on relationships and lead to violence.

She is well known to have had a strong dislike for the work of the 'Queens of Crime' (especially Agatha Christie), feeling that they were totally unrealistic in the way they portrayed the events and motives leading to crime.
7. Dean Koontz

Dean Ray Koontz (born 1945) started off writing science fiction ('Star Quest' was published in 1968) but changed to the horror/thriller genre in the 1970s. For the next decade he wrote dozens of books and stories a year, using different names as he changed genres, since it was felt that readers wanted to know what they were getting when they bought a book with a familiar author's name.

A lot of that work was quite forgettable, but some has been rereleased under Koontz's own name.
8. Stephen King

Stephen Edwin King (born 1947) is a prolific author in the genres of horror, suspense, supernatural, science fiction, crime (and more). Many of his novels and short stories have been adapted to film and television. So prolific has he been that at one point his publisher refused to publish as quickly as he was writing, feeling that they would saturate the market. To get around this, and also to see how his work would be received if it was not known to be his, he wrote a series of books using the name Richard Bachman.

He subsequently played around with the concept of the alter-ego, dedicating 'The Dark Half' in 1989 to "the deceased Richard Bachman" - who was not so deceased that he didn't produce more books!
9. J. K. Rowling

Joanne Rowling (born 1965) used J. K. Rowling when she published her first book, 'Harry Potter and the Philosopher's Stone', in 1997, and unleashed the phenomenon that is Harry Potter on the world in a series of seven novels about the boy wizard. She also wrote a number of books whose authors were ostensibly members of the Harry Potter Universe.

These include 'Fantastic Books and Where to Find Them' by Newt Scamander, one of the texts that Harry used in his first year at Hogwarts, and 'Quidditch Through the Ages' by Kennilworthy Whisp.

When Rowling decided to write for an adult audience, she used the pseudonym Robert Galbraith for her 'Cormoran Strike' series, starting with 'The Casual Vacancy' (2012).
10. Dav Pilkey

David Murray Pilkey Jr. (born 1966), better known as Dav, is responsible for 'Captain Underpants' a series of books about fourth graders who turn their mean principal into a superhero when they snap their fingers. The target audience (boys of that age who aren't particularly inclined to reading classic literature) devour the books, and spin-offs.

He wrote the 'Dumb Bunnies' series of books, suggested to be a humorous take on such children's classics as 'Make Way for Ducklings', 'Goldilocks' and 'Goodnight, Moon' (among others), using the pseudonym Sue Denim.
Source: Author looney_tunes