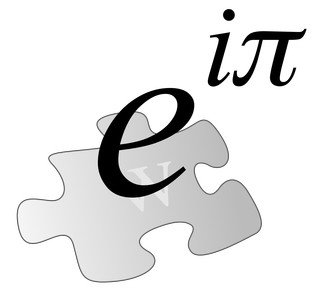 This quiz is about the number known as "e". If you don't know what that means, come along for a journey of exploration!
This is a renovated/adopted version of an old quiz by author quotidiantrivia

Quiz Answer Key and Fun Facts
1. The number "e" is named after which mathematician?

In mathematics, the letter e stands for "Euler's number". Leonard Euler (1707-1783) is generally considered one of the greatest and most influential mathematicians in history. He is responsible: for introducing the letter pi to represent the ratio of a circle's circumference to its diameter; for using the letter i to represent the square root of -1; the geometric labeling of angles in polygons with upper case letters, and the sides in lowercase letters; many of the notations used in calculus; establishment of the field of graph theory as he solved the Konigsberg bridge problem; and, relevant for this quiz, developing the current definition of the value of e.

He was not the first to encounter e, but he was the first to use e to represent the number.
2. In 1683, Jacob Bernoulli discovered the existence of the constant now known as e when he was investigating which of these practical applications of mathematics?

Bernoulli was investigating the effect of compounding interest at shorter intervals. In other words, instead of calculating the interest and adding it to the amount invested once a year, at the end of the year, one could cut the rate in half but process it twice a year. Using shorter and shorter compounding intervals led him to the theoretical process of continual compounding - even more often than once a second, which is mind-boggling in itself.

He found that there was a number which could be raised to the power of Rt, where R is the annual interest rate and t is the number of years, to produce the amount at any given time.

This number we now call e.
3. The exact value of the number represented by the letter e cannot be written using whole numbers and fractions; it must be approximated. This means it is an irrational number. What is more, it is not the solution of an algebraic expression written with rational coefficients. This means it is a transcendental number. Which of these irrational numbers is also transcendental?

Like e, pi (usually shown using the Greek letter which doesn't display well here) is transcendental, as there is no polynomial expression that can be solved to get its exact value. Both of these numbers must have their value approximated, and there are several techniques that can be used in each case.
4. Which of these is an approximation to the value of the number represented by the letter e?

Mathematicians love this identity, as it involves all five of the most fundamental and intriguing numbers! It is actually a consequence of the relationship that Euler established between exponential and complex trigonometric functions: e^(ix)=cos(x)+i*sin(x). I won't even try to discuss this - it is worth a quiz of its own - but when the value of x is pi, it gives the identity in the question.

Quick look at the five terms:
*e is the subject of this quiz, and needs no further introduction
*i has already been described in passing as the square root of -1, and the fundamental unit for complex numbers
*pi is familiar from finding areas of circles (and so much more!)
*1 is the multiplicative identity for real numbers - multiplying any number by 1 give you the original number as the answer
*0 is the additive identity for real numbers - adding 0 to any number gives you the original number as the answer
8. What is special about the function f(x) = e^x?


Answer: The function is its own derivative and antiderivative.

The function f(x)=e^x is an exponential function, which means that, like any function in which some number is raised to the power of x, a graph with f(x) on the vertical axis and x on the horizontal axis forms a smooth increasing curve (not a spiral) which has no upper bound, since there is not any largest possible value; it does, however, have a lower bound, as the graph gets closer and closer to the x-axis as x gets more and more negative. The x-axis is therefore a horizontal asymptote. A vertical asymptote would mean there was a value of x for which e^x is meaningless, and that does not exist.

The natural logarithm of any positive real number a can be defined without referencing the number e; it is the area under the curve y=1/x between 1 and a. It follows that the ln(e) = 1. This means that the two functions are inverses. If y = e^x, then x = ln(y). In other words, when e is raised to a certain power (x) the result is y. Exponential functions work out what the result will be for a given power; logarithmic functions work out what power is needed to get the result.

Fascinating, no? Well, John Napier (1550-1617) thought logarithms were incredibly interesting, and developed tables of them that made arithmetic computations much easier. It turns out that you can quickly multiply two numbers by adding their logarithms (to any base - the tables that used to be widely used were base 10), then finding the anti-logarithm of your answer. Division required subtraction of logarithms. Other operations such as square roots, cubes, etc. could also be dramatically simplified. Of course, the accuracy of your answer relied on the precision of the calculations in the table!
10. Now for some cultural e trivia. In 2004, what company announced in its Initial Public Offering, that it intended to raise $2,718,281,828?

Of course, computer folk love e! The IPO filed by Google represents e billion dollars (to the nearest dollar). IPOs usually use nice round figures, so this one stood out from the crowd. Google also set up a billboard designed to lure people into solving a number of puzzles relating to e.

The billboard read: "{first 10-digit prime found in consecutive digits of e}.com"; going to 7427466391.com (don't try, it's long gone) led to another puzzle which led to another, eventually taking the successful puzzler to a job application page.
Source: Author looney_tunes