In Australia we have wonderful beaches, scenery, climate, friendly people and some unique and very unusual animals. Many are delightful and cuddly but many are deadly and scary. Here is a look at some of our animals.

The exact ancestry of dingos is very debatable. However, they appear on many rock carvings and cave paintings done by our indigenous population. The first official mention of a wild dog was by Captain William Dampier, in 1699, in what is now Western Australia.

The dingo is the largest terrestrial predator in Australia and is a pest to livestock. They also hunt kangaroos, rabbits and rats and they have been known to attack humans but this is very rare.
2. Lives in Eucalyptus trees

Koala (inaccurately called a koala bear) are closely related to the wombat. They have fluffy ears, spoon shaped noses, tailless bodies and large heads. They are found in open eucalyptus woodlands and their only diet consists of eucalyptus leaves. Because of the low nutrition and caloric content of their diet they are sedentary and sleep for up to 18-20 hours per day. Being marsupials their young crawl into their pouch and stay there for the first 6-7 months of their lives.
3. Survives in salt and fresh water

However, in self-defense and if cornered, they will bite.
4. On Australia's Coat of Arms

The kangaroo is a marsupial and native to Australia. The name kangaroo comes from an indigenous aboriginal language from northern Queensland which was "gangurru" and was then recorded by Joseph Banks in 1770 as "kanguru". A large male Red Kangaroo (the largest surviving marsupial in the world) can be 2 metres (6ft7in) and weigh 90 kilos (200 lbs). Australia also has the "wallaby", "wallaroo" and "tree-kangaroo" which are all of the genus of macropod, but are considerably smaller than the kangaroo. Macropod means "large foot".

A young kangaroo is called a "joey" and is about 2cm long when born. It climbs up the mother's body and enters her pouch and latches onto one of her four teats. It stays in the pouch for 9 months and is still fed by the mother until about 18 months of age. The kangaroo appears on the Australian Coat of Arms together with the Australian emu. Neither of these animals can walk backwards, thus both represent progress or forward movement.
5. Long legs and fangs

The Sydney funnel-web spider is Australia's most deadly spider and possibly the world's. It has fangs that can pierce through a persons finger or toe nail. It is predominately found in New South Wales, in forests and populated urban areas, and can be quite aggressive when threatened with its venom attacking the human nervous system. Since 1981, when an antivenom was made available there have been no recorded fatalities.

Wombats are short-legged and muscular marsupials that have small stubby tails. They grow to a size of about 1 metre in length. Wombats have rodent type teeth and powerful claws that burrow into the ground. The pouch for the young is backwards so that when burrowing, soil does not get into the pouch over the young.

Their diet consists of grass, herbs, bark leaves and roots. It is estimated that wombats diverged from other Australian marsupials over 25 million years ago. Wombats are not dangerous animals but have been known to attack humans if threatened and, with their claws and bite, can cause some nasty wounds.
7. Long, slithery and dangerous

Australia has over 140 species of land snakes and over 30 species of sea snakes, of which approximately one hundred are venomous. The Inland Taipan has the most toxic venom of any snake in the world and a bite can be fatal within 45 minutes. The snake is usually found in cracks and crevices in dry rocky areas of the Australian Outback.
8. Sits in a tree and laughs

Kookaburras are a terrestrial tree kingfisher and is not really associated with water. Their loud calls sound like human laughter. They are found in forests and suburban areas and usually spotted in tall trees. Their diet mainly consists of mice, snakes, insects, reptiles and the young of other birds.

A kookaburra was one of the mascots of the 2000 Sydney Olympic Games. Their call or laugh has been used many times in film-making, television and a number of Disney theme parks.
9. Gives a nasty sting

This most unusual animal confused British naturalists when they arrived in Australia. It is a fur-covered mammal, the bill of a duck, webbed feet like an otter and the tail of a beaver. Together with the Australian echidna it is a monotreme, meaning that they are the only mammals that lay eggs instead of giving birth to live young. Both female and male have a spur on their hind foot, although it is only the male that is venomous.

It is a semi-aquatic and nocturnal animal.
Source: Author zambesi 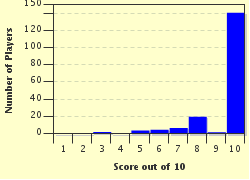