There are those moments when one just needs a new feline companion in life - of course they can be best found at your local shelter. But what would things look like if you could mail order them... from the cat-alogue of Icanhaz, Inc.?

Quiz Answer Key and Fun Facts
1. Order number 199113: This beautiful model comes with an easily spotted "front" indicator in the form of a colorful point for all those with bad vision. A melodious voice will activate if you please - and if you don't please. Only $699.00!

The Siamese is the most well-known of the oriental cat breeds characterized by an elongated head and slender body type. In addition to the features common to all Orientals, it has a very short-haired coat and the typical point markings consisting of a colored face, ears, legs and tail on an otherwise white or off-white body.

The reason for this pattern is found in skin temperature - the darker color develops in the places where the cat's skin is cooler. Within the colored areas of the point pattern, Siamese cats can exhibit any coloration including tabby patterns although some associations only recognize the traditional solid black ("seal point") along with its lighter variants (chocolate, blue and lilac).
2. Order number 1651819: Extra cuddliness is included for free with this "laptop" model. A wide range of colors is available. A sturdy shape guarantees long-lasting enjoyment. Some maintenance is required. $749.00. Special offer: We still have a few manufacturing seconds available with insufficient nose length. One could be yours for only $329.00!

Persian cats are among the most easily recognized breeds due to their rounded heads, very long fur and short muzzles. The traditional version of the breed is a robust, healthy cat and still has a visibly prominent nose. In the 1950s, a mutation became popular that had a nose which was essentially vertical or even concave and for several decades, the "peke-faced" Persian with its extremely flat muzzle was the show standard.

This trend has reversed since the 1990s when the massive health problems of the extreme variant became apparent and today most associations favor the traditional look. Breeding extremely short-muzzled Persians has been outlawed as animal cruelty in several European countries.
3. Order number 131914: This popular model based on plans from the northeastern United States will provide you with years of faithful companionship. A premium quality long fur coat is included. This model is available in sizes XL, XXL and XXXL only. Was $549.00, now $480.00!

The Maine coon (named after the raccoon which it resembles) is a North American forest cat, similar to its Eurasian cousins, the Norwegian forest cat and the Siberian cat. The breed developed naturally and is among the largest domestic cat breeds. Males can grow to 4 feet (120 cm) from nose to tail and often weigh over 22 lbs (10 kg). Females are usually a bit smaller and significantly lighter than the toms. Maine Coon cats are among the most popular pure breeds due to their beauty, their intelligence and their gentle character.
4. Order number 1311424: This model is particularly suitable for equilibrum-challenged cat lovers who always step on their companions' tails because it comes without one. Assembled by hand in our manufacture in the Irish Sea. $1180.00, factory seconds with tail stump available from $690.00.

The Manx breed is one the few cat breeds that is almost never bred true due to the fact that individuals having two copies of the "tailless" gene suffer from severe defects that can range from crippling to immediately fatal. It originates from a natural mutation and there are large variations in tail length, from the completely tailless variant that doesn't even show a bump at the end of the spine to individuals with near normal tails.

This is not primarily due to variant genes but rather to the expression in any given individual - a "stumpy" Manx can produce fully tailless "rumpy" offspring and vice versa.
5. Order number 1931520: Optimized for aerodynamics and fitting through low spaces, this model from our Highland manufacture comes with ears specially designed by McLaren. Generally rounded features and strong expression make for excellent LOLcats. $649.00.

While the original "I can has cheezburger?" cat isn't a Scottish Fold, the breed has a strong resemblance to the classic LOLcat. The folded ears - which do not manifest in all kittens - add a wise, somewhat anthropomorph, look to the expressive face which gave rise to the breed's nickname of "owlcat". Scottish fold are usually intelligent, playful and curious cats who have a tendency to get into funny situations.
6. Order number 1916825: Based on a Canadian design, this model avoids the otherwise omnipresent shedding issue by doing away with the pesky hair. We recommend you order this with a set of custom-fitted clothes for protection during the winter and on bright sunny days. $1499.00, coveralls (pack of 3) for $149.50!

The Sphynx cat is a very recent breed which can be traced back to a single individual, a tomcat named Prune, born 1966 in Toronto with a naturally occurring mutation. Due to their lack of hair, they are very sensitive to cold and sun, so they should never be outside unsupervised. Sphynx owners who like to go outside with their cats will often clothe them to protect the animal from the elements.

In spite of the lack of hair, Sphynx are not maintenance-free: Due to the accumulation of skin oils, they need regular baths and ear cleanings.
7. Order number 2022114: Designed by a minimalist artist from Izmir, this highly decorative cat comes with just the slightest bit of color on a pure, silky, white coat. Please inquire before ordering because of limited availability. $1750.00 Warning: Do not combine with order number 199113 if you are short-sighted as the most prominent color marking is located at the exact opposite end!

Unlike many cats with a regional name, the Turkish Van actually originated in the country or area it was named for. It is a rare, longhaired breed with an almost completely white coat. The only exceptions are the tail and the characteristic Van marking on the top of the head.

The Van coloring can be on the forehead, on the ears, around the eyes or a combination, but covers less space than the point pattern of a Siamese or Birman cat. Unlike the vast majority of cats, Turkish Van tend to love water and some even like to go for a swim.
8. Order number 215132: This model would certainly have pleased Henry Ford because it comes in any color you want as long as the color you want is black. It is thus ideal for witches, warlocks and anyone wishing to take it out on their superstitious neighbor. Made in India, yours for only $389.00!

The Bombay cat actually originated in the United States as a crossbreed of Burmese and American shorthair cats. Its most distinguishing feature is the mandatory deep black coat with a silky gloss. Bombay cats are quite active and tend to hog attention, making good companions for families where there is a human being available to give that attention at all times.

They are also rather gentle, so even when kids get a bit rough with them, they are unlikely to retaliate.
9. Order number 191221: If you ever wanted to own half a serval (or a quarter or an eighth for the less adventurous type), this model is for you. Imported directly from the African grasslands, this feline is bound to show you countless ways of redecorating your house. $2595 plus the cost of occasionally replacing your furniture.

The Savannah breed is an inter-species hybrid between a domestic cat and a serval (an African wild cat of a somewhat larger size than a house cat featuring a spotted coat, long legs and a slender build). First-generation Savannah cats (who are half serval) can be very temperamental and active and still very much resemble their wild ancestor. If you get a higher generation cat (with less of a serval ancestry), their size and temperament becomes more that of a domestic cat. Most of these animals retain the spotted coat and large ears of the serval. First generation Savannah cats are restricted to holders of a special license or even forbidden in many jurisdictions due to their wild nature and strong hunter instincts.
10. Order number 415135: Due to an ordering error, we have recently been sent a large delivery of felines without any associated documentation or manufacturer identification. They're still in their original boxes and in great health. Please specify desired color and shape as there is a large selection. Our loss is your gain, as we're clearing these for a mere $9.99(*)! Special offer: Buy one, get one free(*). Or two. Or five. Or however many. Just take them off our hands! (*) Vaccination fee of $49.95 required

A domestic shorthair cat will most certainly come without a pedigree because the term is just a fancier way of stating "mixed breed with a short-haired coat". Most mixed breed cats are short-haired because the longhair genes are recessive and thus the offspring of a shorthair and a longhair will typically have short fur; sometimes the longhair gene has a minor effect and the cat will come out with a somewhat silkier fur.

With a domestic shorthair, you will most likely get a robust, healthy companion for many years - the mixed heritage makes them less prone to genetic problems than their purebred cousins.
Source: Author WesleyCrusher 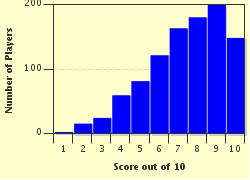