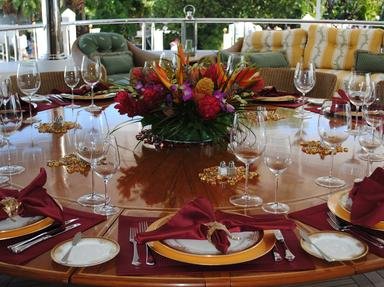 Quiz Answer Key and Fun Facts
1. In "Harry Potter and the Prisoner of Azkaban"(2004), David Thewlis played Professor R.J. Lupin the new Defense Against the Dark Arts teacher. What do the letter's R.J stand for?

A lot of secrets were revealed about Professor Remus John Lupin, such as his connections to Harry's parents, "The Prisoner of Azkaban" Sirius Black and his being a Werewolf.
2. David Thewlis was banned from entering China because of his role in Jean-Jacques Annaud's 1997 movie "Seven Years in Tibet"(1997).

The movie was about China taking over Tibet, and consequently David Thewlis was banned from entering China. David played Peter Aufschnaiter, a man who set out to climb Nanga Parbat, one of the highest mountains in the Himalayas, along with his friend Heinrich Harrer (Brad Pitt).

They became prisoners. This movie took five years to film and because of this, the cast and crew nick named it "Five Years on This Set".
3. David Thewlis was born in 1963, on the 20th of what month?

He was born on the 20th of March, 1967 in Blackpool, Lancashire, England.
4. What was the name of the movie in which David played Edward Douglas, a man who ended up on an island inhabited by half-man, half-animal creatures?


Answer: The Island of Dr. Moreau

Yes as weird as it sounds "The Island of Dr.Moreau"(1996) was inhabited by half-man, half-animal creatures. David's character survived a plane crash. He was rescued and brought to the island.
5. What award did David win in the 1993 New York Film Critics Circle Awards for the movie "Naked"?

He also won Best Actor for the same movie in the Cannes Film Festival Awards, Evening Standard Film Awards, London Film Critics Circle Award Best British Actor, and National Society of Film Critics Award. David played a man named Johnny, who fled Manchester to London to avoid being beaten by the family of a young girl he had raped.
6. Which voice did David provide in "James and the Giant Peach"(1996)?

David's earthworm was somewhat humorous, and an interesting character, who befriended the orphan boy James and joined in his adventures.
Something interesting I found out about this movie, is that Miriam Margolyes provided the voice for Aunt Sponge/The Glowworm. Miriam played Professor Sprout in "Harry Potter and the Chamber of Secrets" (2002).
7. In the film "Dragonheart"(1996), how did David's character Einon come to share a heart with Draco, a dragon?


Answer: When he was young a spike pierced his heart.

David's charcter Einon became involved in a battle between the king (his father), his forces and the peasants. After his father died, a young girl collided with Einon and pierced his heart accidentally. His mother brought him to Draco, who shared his heart with him.
8. In the Harry Potter movies, what part did David Thewlis originally audition for?

Obviously David did not get the part. It went to Ian Hart. David's role as Professor Lupin was interesting. He was a very kind person. Much to Harry's liking, Lupin had been close to Harry's parents. Snape did not trust him however, he believed Lupin was helping Sirius Black.
9. What is the name of the daughter he had with girlfriend Anna Friel?

His character was one of the people who accompanied Balin (Orlando Bloom) and Balin's father Godfrey (Liam Neeson) to Jerusalem. He was a doctor in a way. He tried to save Godfrey when he fell ill. Sadly, near the end of the movie he died.
Source: Author white_lady 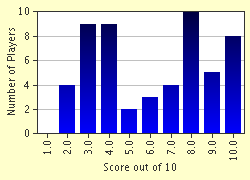 
Other Destinations
Explore Other Quizzes by white_lady