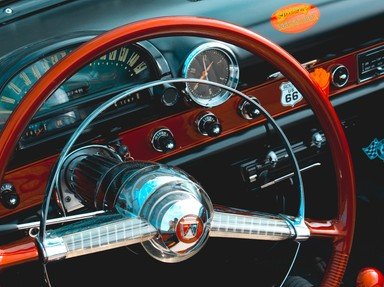 Television was in its infancy during the 1950s. Many veteran radio and newspaper reporters became pioneers in television broadcast news. This quiz is about a select few that blazed a trail for an informed American public.

This news program was the first to use its own footage instead of relying on newreel film. It also introduced the use of producers and non-rehearsed interviews.
2. What were viewers shown in the first live commerical coast-to-coast broadcast?

On a split screen, viewers of the first installment of "See It Now" could see both the Golden Gate and Brooklyn Bridges, simutaneouly spanning the continent, an astonishing electronic feat for 1951.
3. Who was the original host of "Meet the Press"?

While Rountree was the original commentator, it was "American Mercury Magazine" editor, Lawrence Spivak who anchored the popular news program for almost thirty years. Spivak was the host from 1947 to 1975, when his last guest was President Gerald R. Ford, the first incumbent President to appear.
4. By what name was NBC News previously known?

Swayze is perhaps best remembered as the pitchman for "Timex", the maker of inexpensive watches. After subjecting the waterproof timepiece to a test, such as attaching one to the blade of a motorboat engine, the camera would zoom in to see the second hand moving. Swayze would add: "Takes a licking and keeps on ticking."
6. For what events did Huntley and Brinkley originally team up?

Dave Garroway was joined by Jack Lescoulie, who did sports and Jim Fleming reading the news. From its beginning, a glass window viewing the New York streets was a part of the set, a tradition which survives to 2004. Dave Garroway's famous signoff was "Peace."
8. Who was the "Today" show's famous non-human cohost?

The "Today" show's earling ratings were not promising, and the producers wanted to make the show more entertaining. They added a chimpanze named J. Fred Muggs, who became an almost instant popular star in his own right.
9. In 1997 , Matt Lauer became the _______ host of "Today"?

The capable yet dry Douglas Edwards anchored the news from 1948 until 1962. But it was Walter Cronkite who gave CBS its glory days. He was voted the "Most Trusted Man America" and set the standard as both managing editor and anchor of the CBS News.
Source: Author rblayer 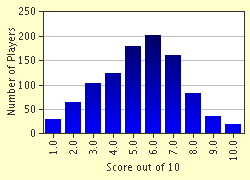 
Other Destinations
Explore Other Quizzes by rblayer

Go to Entertainment by Decade Quizzes