This quiz is about the colours which appear in "Harry Potter and the Goblet of Fire", the fourth Harry Potter book.It does not concern any forthcoming films. Enjoy!

Quiz Answer Key and Fun Facts
1. What colour cloak is Wormtail wearing in the Riddle house?

"A flash of lightening lights up the Great Hall, as "Mad-Eye" enters the Great Hall." This is the same "Mad-Eye" whom Mr Weasley went to help out that morning. He is the new Defence Against the Dark Arts teacher; he will only be at Hogwarts for one year. "He had a wooden leg.

He also has one small, dark beady eye, while the other is a vivid electric blue, which is moving ceaselessly without blinking."
3. What colour robes is Padma Patil wearing for the Yule Ball?

Parvati, Padma's twin, is wearing shocking pink robes, she goes with Harry. Padma goes to the ball with Ron. Malfoy goes to the Ball with Pansy Parkinson while Hermione shocks Harry and Ron by turning up with Viktor Krum. Hermione has done something to her hair, she looks very pretty indeed.
4. What colour hair does Professor Grubbly-Plank have?

Rita Skeeter has written an article on Hagrid's mother, revealing that she was a giantess. She also says that Hagrid isn't very good at teaching Care of Magical Creatures. Hagrid is ashamed to continue working so Professor Grubbly-Plank teaches the Gryffindors and Slytherin about unicorns.
5. What colour socks does Harry give Dobby for Christmas?

Harry had forgotten to get Dobby a present but he quickly finds his oldest pair of socks, which belonged to Uncle Vernon. Dobby is delighted but says the shop must have made a mistake and given Harry two socks the same. Dobby gives Harry hand knitted odd socks.
6. What colour are the hangings on the four-poster beds in Harry's dormitory?

Five four-poster beds are in the dormitory with its owner's trunk at the foot of each bed.
7. What colour is the writing on the "Support Cedric Diggory" badges?

When Harry enters his double Potions lesson, all the Slytherin's who do Potions with the Gryffindor's are wearing "Support Cedric Diggory, the REAL Hogwarts Champion" badges. They glow red. Malfoy gleefully presses his badge and the message changes to "Potter Stinks" which glows green.
8. What colour are the robes that Rita Skeeter was wearing when Harry meets her at the Weighing of the Wands ceremony?

Rita is doing an article on the Tournament for the "Daily Prophet". Rita takes Harry into a cupboard and interviews him with her Quick Quotes Quill. The quill is acid green in colour and writes as Rita talks.
9. What colour writing paper do the Weasleys use to write to Harry?

The Weasleys invite Harry to stay with them and go to see the Quidditch World Cup final - Ireland against Bulgaria. The postman delivers the Weasley's envelope - it does not come by an owl, as it usually does - and the envelope is nearly completely covered with stamps.
10. What colour ferret does "Mad-Eye" Moody turn Malfoy into?

Professor Moody changes Malfoy into a ferret because Malfoy was about to attack Harry while his back was turned. Professor McGonagall is shocked when she comes across Malfoy and Professor Moody - she says that the Professors never use Transfiguration as punishment.
Source: Author JaneMarple 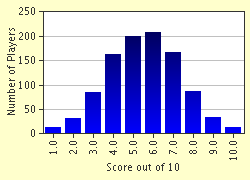