This is another quiz I made up with more hard questions from book 4! have fun!

Quiz Answer Key and Fun Facts
1. What did Hermione say she ate during her vacation in France?

Fleur came up during the feast which they met the rivaling schools and asked if they were done with the bouillabaisse and Hermione said it was really quite nice!
2. What fruit did you have to tickle on the painting in order to enter into the kitchens?

Fred told Hermione to tickle the pear and the door would open.
3. What did Rita Skeeter call the Blast-ended Skrewts when asking Hagrid about them during one of their lessons?

Rita Skeeter asked Hagrid if she could have an interview with him about the Bang-Ended Scoots and he told her they were Blast- Ended Skrewts.
4. What item did Cedric transfigure to distract the Dragon during the first task?

Ron tells Harry that Cedric transformed a rock on the ground into a labrador to distract the dragon.
5. Which deatheater(s) did not show up when Voldemort summoned them because they were in Azkaban?

Voldemort says that the Lestranges should be here (in a spot that wasn't filled up) but they had went to Azkaban for their master and would be well rewarded.
6. What was the creature that gave Harry the riddle during the third task?

Harry said he recognized it from 'The Monster Book of Monsters'.
7. Where was the police station located where Frank Bryce was questioned?

They said meanwhile over in the neighboring town of Little Hangleton, in the Great Hangleton police station, the cops were questioning Frank Bryce.
8. What did Frank Bryce think was odd when he went to investigate the Riddle House?


Answer: The Fire being lit in the grate

Frank thought it was weird when he got to the end of the hall that the fire was lit in the grate because he thought a couple of boys had broke in again.
9. What happened to Barty Crouch (the son) at the end which causes Dumbledore to be furious with Fudge?

Professor Snape tells Dumbledore that Fudge thought it was necessary to bring a dementor into the castle and it went over and gave its fatal kiss before they could do anything.
10. What game did Dudley not even have to use to take his mind off of his diet?

Harry says in the beginning that Dudley had thrown his playstation out the window in frustration about his diet and therefore did not even have Mega Mutilation Part Three to take his mind off of things.. in his letter to Sirius!
Source: Author lalawakeemup 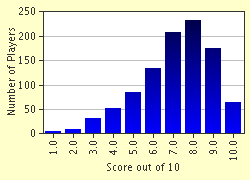 
Other Destinations
Explore Other Quizzes by lalawakeemup