I thought this was the best book, but not the best movie. Tell me what good parts of the book by JK Rowling were changed or omitted.

Quiz Answer Key and Fun Facts
1. What character, (with tennis ball eyes) who first appeared in "Chamber of Secrets" is completely left out of the movie version of "Goblet of Fire"?

Dobby now works at the school in the kitchens, and continues to "help" Harry with Barty Crouch's elf.
2. Harry is all but caught out of bed when he sees "Bartemius Crouch" on the Marauder's Map. Harry is not seen by Professor Snape, but what does Snape find to make him believe Harry is breaking the rules again?

Harry is fresh from the tub in the prefects' bathroom. He is trying to get back when he sees Crouch's name on the Map in Snape's potion ingredient storeroom. Snape almost catches Harry when Harry gets his foot caught in the magical step. That would have made a great scene.
3. Who was the head of the department of Magical Games and Sports, the group that actually oversees the Quidditch World Cup? He also was involved in the Triwizard tournament, but wasn't good enough to be in the movie at all.

Ludo loses money to the twin Weasley brothers, but more importantly, to the goblins, which hastens his disappearance from the scene.
4. What secret is Rita Skeeter hiding that is never shown in the movie?

Hermione uses this information to get Rita to write an article so the public will believe Harry's side of the "Voldemort's Back/Not Back" scandal in "Order of the Phoenix".
5. Barty Crouch, Jr. is this during the Quidditch World Cup in the book, but is just the opposite in the movie.

Winky's inability to contain Barty, Jr. helps him earn his escape and her firing from the Crouch household.
6. What is Winky's favorite thing to do when she's brought to Hogwarts?


Answer: cry all the time

During their visit(s) to the Hogwarts kitchens, Hermione, Ron, Harry and Dobby try to make her feel better, but that doesn't work too well.
7. In the movie, Harry begins at the Burrow. But how does he get there in the book?

They break through the fireplace, at No. 4 Privet Drive, barrier Vernon Dursley had built to keep the Hogwarts letters from dropping in by owl.
8. When they leave the Dursley home, what trick do Fred and George play on Dudley?


Answer: "accidentally" leave Ton-tongue toffee for him to eat

Like Hagrid giving Dudley a tail in "Sorcerer's/Philosopher's Stone", the brothers punish the young Dursley for his poor treatment of Harry. Ah well, all in the name of science...
9. In the movie version, Durmstrang and Beauxbatons students arrive at the start-of-term feast. When do they arrive in the book?

They pull the names out of the goblet at Halloween, not long after they arrive by boat and magical carriage. Just a reminder, Thanksgiving is a U.S. and Canadian holiday.
10. There are no creature or obstacle hindrances in the movie during the maze. What did they omit?

Would have loved to seen a skrewt blast its way at you!
Source: Author rfox1 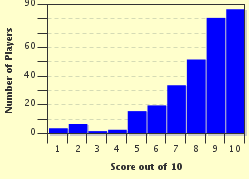 
Other Destinations
Explore Other Quizzes by rfox1