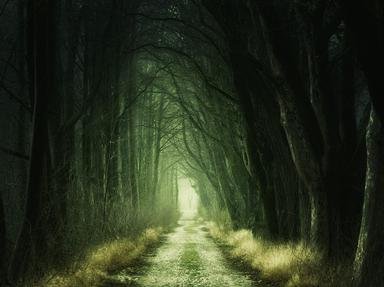 Quiz Answer Key and Fun Facts
1. An old saying goes "I'm not as green as I am cabbage looking". What does it mean?

I've known and used this saying all my life thanks to my grandmother. As cabbages are green and to be "green" is to be unknowing, or naive, it is the same as saying "I'm not as gullible as I look".
2. American inventor Benjamin Green wasn't the first to create sunblock. However, he was the first to produce it on a large-scale by creating a sunblock for soldiers during WWII. Its SPF was not very high, and it had to be applied very thickly. What does SPF stand for?

In the 1940s, Benjamin Green cooked up his sunblock concoction on his kitchen stove and tested it on his own bald head. It wasn't the smooth white cream we know, but a thick red jelly that had to be applied very thickly for it to work. His sunscreen became the basis for starting Coppertone® Suntan Cream.
3. Kermit the Frog may have been the star on "The Muppet Show", but he wasn't the only one in green. A well-known stagehand, wearing a green track jacket and eyes attached to his glasses, was employed because his uncle owned the theater. What was his name?

"The Muppets" creator Jim Henson died unexpectedly in 1990 of Streptococcal Toxic Shock Syndrome. Two memorials took place--in London and New York. The New York memorial ended with Richard Hunt singing "Just One Person" alone. As each verse progressed, stagehand Scooter brought Muppet performers and their characters on to the stage.
4. On 10 July 1985, a Greenpeace ship was bombed and sunk by French Foreign Intelligence Services in the port of Auckland, New Zealand. It was done in an attempt to prevent the protesting of French nuclear testing on Mururoa Atoll. What was the name of this ship?

A photographer drowned and most of the agents escaped from New Zealand. The ship was re-floated for a forensic investigation.

At first, France denied any involvement and most of the agents had fled New Zealand. Two days later, New Zealand police arrested two French agents who were charged with murder and willful damage. They pleaded guilty to the lighter charge of manslaughter and were sentenced to ten years imprisonment (of which they served two).

There was an international outcry and the French government was made to admit authorisation of the bombing, rather than insisting that the agents were only there to spy on Greenpeace. The French Defense Minister resigned, the leader of France's Intelligence was fired, and the government paid $13 million to New Zealand to apologise.

The remains of the Rainbow Warrior are on display on the Dargaville Maritime Museum.
5. Australian band The Badloves released a song titled "Green ___". The start of the song's chorus is: "We drive my car where the wild things are". What is the missing word?

Australian band The Badloves began in 1990, created three successful albums and embarked on sold-out tours. They split up in 1997 to pursue other things. They reformed in 2008 and started touring, and their fans were mighty glad they did!

The song in question is entitled "Green Limousine".
6. The Green Monster is a nickname for a 37ft left field wall in a baseball park called Fenway Park. Which team calls this park home?

The Red Sox have a furry green monster called Wally as their mascot in honour of the huge wall. Get it? WALL-y. The wall was originally made out of wood.
7. On a dry lake in Nevada of March 2009, the Ecotricity Greenbird vehicle broke a previously held land speed record. Driven by Richard Jenkins of Britain, the Greenbird exceeded the American-held record of 116.7 mph by reaching 126.2 mph itself. What natural fuel powered the Greenbird?

The company Ecotricity developed the Greenbird and referred to as "part aeroplane, part sailboat, part Formula One car". The solid sail design of such crafts as the Greenbird produce speeds three to five times greater than the real wind speed, depending on how smooth the surface is.

The Greenbird got its name from Donald Campbell who set many speed records in his life. He died in 1967 while attempting a water speed record in his craft the Bluebird.
8. "Riddle me this, riddle me that, who's afraid of the big black bat?" said the Riddler from "Batman Forever" in 1995. Which actor wore green clothing, covered in question marks, for this role?

Carrey's portrayal as The Riddler was so good that he was nominated for the MTV Award for "Best Villain" alongside Tommy Lee Jones who played Two-Face.

Does Jim Carrey like playing green villains? He was also the grouchy Grinch on "The Grinch Who Stole Christmas"!
9. The festivities for St Paddy's Day (St Patrick, Ireland's Patron Saint) are embraced worldwide with green clothing, food, drinks and parades. Since the 1950s, which river of a large American city is dyed green in celebration of this day?

The Chicago River was originally turned green on accident by plumbers who used fluorescein dye to trace pollutants in the river. Fluorescein is dangerous to the inhabitants of the river, so a secret safe product has always been used thereafter.
10. George Baker's song "Little Green Bag" was first recorded in 1969, but made popular again on the soundtrack of what Quentin Tarantino 1992 cult movie? Clue: If you are in a group of violent thieves, how much would you trust each other?

"Reservoir Dogs" wasn't hugely publicised at the time of release in 1992 and was not a big money-earner. It later became a cult movie and was made even more popular with the release of "Pulp Fiction" in 1994.
Source: Author spambo5

This quiz was reviewed by FunTrivia editor Pagiedamon before going online.
Any errors found in FunTrivia content are routinely corrected through our feedback system.
Most Recent Scores
Dec 22 2022 : Guest 67: 8/10
Dec 08 2022 : Guest 174: 9/10 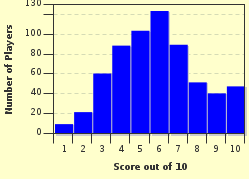 Related Quizzes
1. It's Not Easy Being Green ... Easier
2. A Very Green Quiz Average
3. Going for the Green Average
4. Have You Ever Been Green? Average
5. There Is Green all Over the World Easier
6. Let's Not Be Mean to Green Average
7. Green Mania Average
8. Green Is the Colour Average
9. Green by Categories Tough
10. How Green Was My Quiz Average
11. A Certain Shade of Green Easier
12. Ten Shades of Green Average


Other Destinations
Explore Other Quizzes by spambo5