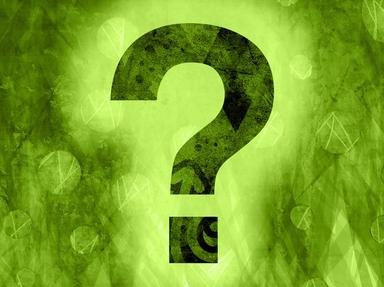 This quiz concerns opportunities to be entertained out of doors.

Quiz Answer Key and Fun Facts
1. OUTDOOR PLAY "The Lost Colony" is an outdoor historical drama that has been performed every summer in the city of Manteo since 1937. Which lost colony do you suppose this play is based on?

The colony on Roanoke Island in North Carolina was settled by the English in 1587 and was not doing well. John White, the leader, sailed back to England for more supplies but was delayed because of hostilities with Spain. By the time he got back in 1590, the entire colony had vanished.

The only clue was the word "CROATAN" carved into a post of the colony's palisade and letters "CRO" carved into a tree. In more than 400 years since then, the mystery has never been solved. But if you attend the outdoor play put on throughout the summer every year in Manteo, you may find out.
2. UNUSUAL FAIRS An unusual fair is held every year in early fall in Sauk City Wisconsin that is built around a contest where you have to see how far you can throw something. What is it you have to throw? Hint: wear gloves.

When the first settlers reached the Great Plains, they were faced with a scarcity of timber for fuel and home building. They found an acceptable substitute - buffalo dung. When the chips are dry, they burn with a hot heat and very little smell or smoke. The Wisconsin State Cow Chip Throw and Festival is meant to celebrate this object that was so useful to their ancestors.
3. BEACH What is interesting about Reynisfjara beach in Iceland that makes it similar to Punalu'u Beach in Hawaii?

Black sand beaches are formed when hot lava from a volcano encounters the much cooler water of the ocean. Over time, the lava erodes into black sand. Although the most famous black sand beaches are found in Hawaii, they are also found in Iceland and the Canary Islands.
4. STATE FAIRS One state fair serves up a very unique food that has been a Chinese delicacy for many years - deep fried scorpions. Which state, where scorpions are common, do you suppose it might be?

The deep fried scorpions on a stick are first covered with cake batter, then deep-fried. When they come out of the fryer, they are then covered in chocolate and then, yum, yum, you have a tasty treat. Or so I've heard.
5. TOURISM One of the most popular tourist destinations in Vermont is the Ben & Jerry's ice cream factory. On a hill behind it is a graveyard. What kind of graveyard is it?

Called the Flavor Graveyard, this cemetery celebrates ice cream flavors that they no longer make. Some examples: Wavy Gravy, Purple Passion Fruit, Miz Jelena's Sweet Potato Pie, and Holy Cannoli. May they Rest in Peace.
6. RENAISSANCE FAIRS The first Renaissance Fair in the U.S. is generally agreed to be the "Renaissance Pleasure Faire" held in Laurel Canyon, California by school teacher Phyllis Patterson. What year, in which we mourned the death of President Kennedy, did this fair take place?

The "Renaissance Pleasure Faire and May Market" was set up as a fund-raiser for radio station KPFK and as a project for her class. It was so popular that it became an annual event, and within a few years other fairs were set up. Now there are dozens of them all across the country. Most commonly, they try to replicate the fairs during the reign of Elizabeth I.
7. THEME PARKS You can still see the remnants of "Heritage USA", a religious-based theme park in Fort Mill that was built as by a famous televangelist and his wife until his conviction for wire and mail fraud brought his ministry and his theme park crashing down into ruin. Who was this disgraced televangelist?

The "Heritage USA" theme park had it all - 2,500 employees who served six million visitors a year. Combination water park and theme park with hotels, campgrounds and condos. But it all fell into ruin when Jim Bakker was convicted and sent to prison. He served eight years and was released in 1994.
8. OKTOBERFEST An Oktoberfest celebration just wouldn't be complete without an Oompah band. The basis for the band's name comes from the sound of which instrument?

Octoberfest is a German festival celebrated every year in, you guessed it, October. It has migrated to the U.S. and is celebrated all over the country.
Two common elements are beer and an oompah band. Music is not my strong suit, so let me quote Wikipedia: "the Oom-pah" sound is usually made by the tuba alternating between the root (tonic) of the chord and the 5th (dominant) - this sound is said to be the oom." I hope you got all that because I surely couldn't explain it. I just know that I like it and when I hear it I need a stein of beer.
9. HOEDOWN After a hard day's work, your partner tells you to grab your dancing shoes, we're going to a hoedown. What sort of dancing should you be prepared for?

A hoedown is usually a community event with music provided by stringed instruments such as a fiddle. Dancing will be square dancing, line dancing or clogging. It is said to have originated in the Southern states of the U.S. Back in the day, they were usually held in barns, but now it is usually a bar or a gymnasium. Not strictly outdoors, but pretty close.
10. UNUSUAL FAIRS Every autumn there is a cook-off in Marlinton West Virginia using an unusual main ingredient, that you can actually get at no cost if you're lucky. What could this main ingredient be?

The cook-off is held in the town of Marlinton. In case you were wondering, the contestants don't have to go out searching for something to run down in order to get their main ingredient - they just have to use an animal that you might see paws up by the side of the road - squirrels, armadillos, possums, bear, deer and the like are all "fair game", so to speak.
Source: Author OldManJack

Related Quizzes
1. Friends In Low Places Very Easy
2. 'Celebrity Millionaire' - First US Edition Very Easy
3. The Key Is Under The Flowerpot... Easier
4. May You Score Highly Easier
5. Tri, Tri and Tri Again Easier
6. Squirrelled Away Easier
7. Stripes Average
8. The Arts and Tuberculosis Average
9. Trivia About Trivia Average
10. Lord of the Swings Average
11. All About Po Average
12. Pen or Pencil Average


Other Destinations
Explore Other Quizzes by OldManJack