Here are some questions about US state capitals. From Alaska to Hawaii, see how much you know.

Quiz Answer Key and Fun Facts
1. What is the easternmost state capital in the US? It is the capital of "The Pine Tree State".

Augusta, situated on the Kennebec River, is the capital of Maine. The city has a total area of around 150 square kilometres, and boasts many significant historical buildings and sites. One in particular is the Maine State Museum, which houses artifacts from when the settlement was a native Indian village.
2. Douglas Island is connected by road-bridge to which US state capital?

Juneau, the capital of Alaska, sits in the southeast of the state of Alaska. The city rests at the bottom of Mount Juneau, and across the channel from Douglas Island. The Goldbelt Mount Roberts Tramway, situated to the south of the city, is one of the best ways to explore the area and enjoy the stunning sights of the mountains and waterways.
3. Situated at 2,134 metres above sea level, what is the highest state capital in the USA?

Santa Fe, the capital and fourth largest city of New Mexico, was once an assembly of small Pueblo Indian villages. Not only is it the highest capital city in the US, it is also the oldest. Modern Santa Fe is a renowned center for arts and crafts.
4. Settled in 1630, which northeastern US state capital is home to the fictitious bar frequented by Cliff, Norm and Frasier? It's a bar "where everybody knows your name, and you are always glad you came".

"Cheers" was an American sitcom TV series that ran for eleven series in the 1980s and 90s. It was set in a bar named Cheers in downtown Boston, Massachusetts. Cliff, Norm, and Frasier were bar regulars, and the theme tune "Where Everybody Knows Your Name" was sung by Gary Portnoy. Boston is the biggest city in Massachusetts.
5. Which US state capital, served by Will Rogers World Airport, was the first in the world to install parking meters?

The mention of Oklahoma City immediately conjures up thoughts of the dreadful events that took place in 1995 when the federal building was bombed by domestic terrorists. The Oklahoma City National Memorial bears witness to the tragedy today. Oklahoma City is the eighth largest city by land area in the United States.

The first parking meter in the world was installed in the city in 1935.
6. What is the last state capital the Mississippi River flows through before it empties into the Gulf of Mexico?

Baton Rouge is the second largest city in Louisiana (after New Orleans). Since the 1960s it has become the major industrial and petrochemical center of the American South.
7. What is the name of the US state capital that is sometimes referred to as "The City of Four Lakes", because of its proximity to four lakes of the Yahara River? It is the second largest city, after Milwaukee, in the state.

The city of Madison, Wisconsin came into being in the 1830s, when a member of the U.S. House of Representatives bought a vast area of forest and swampland with a view to building a city on the site. He named it after the fourth president of the USA, James Madison, who had died that same year.
8. Which US state capital is located geographically closest to the national capital, Washington D.C.?

Annapolis, the state capital of Maryland, is situated just 45 kilometres from Washington D.C. on the Chesapeake Bay. It is home to the United States Naval Academy and the 18th century St. John's College. The city was the temporary capital of the USA from 1783 to 1784.
9. This US state capital, situated alongside the Willamette River, shares its name with a series of court trials prosecuting people accused of witchcraft in 17th century colonial Massachusetts. What is it called?

Capital of Oregon, Salem is a vibrant city, the third largest in the state after Portland and Eugene and possesses some of the finest architectural examples of colonial America on the west coast.
10. Which capital is the location of the famous Waikiki neighborhood, and is the birthplace of the 44th President of the USA, Barack Obama?

In the late 18th century, English Captain William Brown became the first outsider to land in what is now Honolulu. Situated on the Hawaiian island of Oahu, Honolulu ("sheltered bay" in the native language) is the southernmost major U.S. city. Prior to its admission to statehood in 1959 it had been the capital of the sovereign nation of Hawaii'.
Source: Author nickdrew55 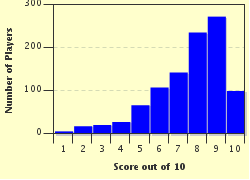