U.S. state capitals - How well do you know them?

Quiz Answer Key and Fun Facts
1. What is the northernmost state capital named after a U.S. President?

Charleston is the state capital of West Virginia. "The Charleston" song was composed and played on piano by James P. Johnson in 1923. The dance that went along with the song was considered very provocative at the time. Ironically, "The Charleston" song/dance was named after the city in South Carolina (not West Virginia).
8. What is the state capital where Patrick Henry delivered his famous "Give Me Liberty or Give Me Death" speech?

Richmond is the state capital of Virginia. Patrick Henry delivered this speech in 1775 at St. John's Church in Richmond. George Washington and Thomas Jefferson were in attendance at the speech.
9. What is the state capital named after an explorer who was imprisoned in the Tower of London?

Raleigh is the state capital of North Carolina. Sir Walter Raleigh was imprisoned at the Tower of London originally for marrying without the Queen's permission, then was imprisoned again for allegedly being involved in a plot against King James I. Ultimately, Sir Walter Raleigh was executed in England upon his return from ransacking a Spanish outpost while in search of El Dorado, the "City of Gold".
10. What state capital played a prominent role in the book/movie called "Gone With The Wind"?

Atlanta is the state capital of Georgia. The Union Army's assault, led by General William T. Sherman, overwhelmed the John B. Hood-led Confederate forces in Atlanta. General Sherman then continued onto Savannah, Georgia on his famous "March to the Sea".
Source: Author Scallop44 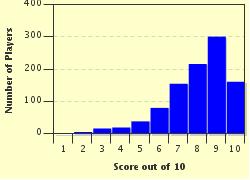