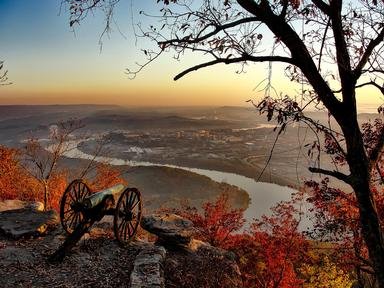 In this quiz, there will be questions about the people who fought in the Civil War, the famous women that lived during the war, and a couple of villains, too.

Quiz Answer Key and Fun Facts
1. Which war hero served as a general in the Battle of Shiloh? In addition, he was the 18th president.

When Ulysses S. Grant served as president, he served as a Republican from the years 1869 to 1877.
2. The Battle of Chancellorsville was a victory for the Confederacy, but at a price. What was the price?


Answer: General Thomas "Stonewall" Jackson was killed by a Confederate.

General McClellan was the Union commander of the Army of the Potomac. After the Battle of Antietam, Lincoln replaced him with Ambrose Burnside. Isaac Peace Rodman was a Quaker from Rhode Island who fought in the Battle of Bull Run (the first one) and the Battle of Antietam.
4. Clara Barton is one of the famous women of the Civil War. What was her profession and why is she famous?

Not only was Clara Barton a nurse, she was also a teacher. Dorothea Dix, another important woman of the Civil War, was a social reformer who had worked with the mentally ill.
5. Abolitionist and reformer, Frederick Douglass, was born a slave.

Frederick Douglass was born a slave but escaped slavery on September 3, 1838. He was a famous abolitionist at that time period.
6. This man was considered a hero and martyr by the North and a villain by the South. An abolitionist, he led a revolt to raid an arsenal, at Harper's Ferry, VA. Who is he?

John Brown was hanged for his acts although his revolt wasn't a success. Thomas Jackson and "Stonewall" Jackson are the same person. Thomas had received the nickname "Stonewall" during one the battles.
7. Harriet Tubman was a conductor on the ____________?

Harriet Ross Tubman was also born a slave who also escaped slavery. She saved up most of her money from her work to help hide slaves along the underground railroad.
8. Joshua Chamberlain was a Confederate hero during the Civil War.

Joshua Chamberlain was a war hero, indeed, but he was on the Union side. He fought in the battle of Gettysburg and for a while was the president of Bowdoin College and served as governor of Maine for a while.
9. Philip Sheridan took Atlanta, Georgia and went on a "March to the Sea".

Actually, it was William Sherman who took Atlanta, Georgia and went on a "March to the Sea". Sheridan was the one who went through the Shenandoah Valley using the tactic of "total war" that General Grant had ordered.
10. Although he wasn't a war hero, he kept the U.S. stable during the civil war. Who was the 16th president of the U.S.?

Abraham Lincoln has two famous nicknames: "Honest Abe" and "Illinois Rail-Splitter". He was elected president in the election of 1860, running against Stephen Douglas.
Source: Author ladramakween 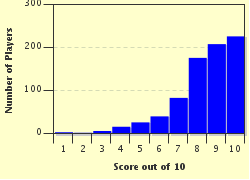 
Other Destinations
Explore Other Quizzes by ladramakween