Pause here to refresh! Fizzle your brain with questions about soft drinks, our beloved non-alcoholic refreshment.

Quiz Answer Key and Fun Facts
1. People drive across town for a chance to use a certain high-tech Coca-Cola machine. What does this particular machine do?


Answer: It allows customers to mix many brands

Coca-Cola sales were dropping, so the "Freestyle" machine emerged. It's fun, but more importantly, it keeps track of how much liquid restaurant customers put into a cup, what kind of brands they mix, and how often a specific brand sells every day. Coca-Cola hoped to discover their next million dollar brand, based on the mix of brands people like best.
2. Many of the popular sodas were invented by men in what profession (US terminology)?

Pharmacists. Examples are pharmacist John Pemberton who invented Coca-Cola in 1886. Pepsi was created in 1893 by Caleb Bradham, a pharmacist from North Carolina. A Waco, Texas pharmacist named Charles Alderton invented Dr Pepper in 1885. (The period was removed from Dr Pepper in the 1950s).
3. Carbonated drinks (those with carbon dioxide gas) are called colas, coke, soda, pop, or what else, depending where you live?

Pops were called "soft drinks" to differentiate them from alcoholic "hard" drinks. They were also called tonic water. Confusion arises when a waiter may ask if a customer would like "a coke" or a "cola". In some regions, that means any kind of soft drink, such as a 7-Up.
4. The Golden variety of this soft drink was enjoyed in Eastern Europe for centuries. It also comes in "dry" and is often used as a mixer.

Ginger Ale, the golden variety, is an ancient Eastern European drink, now popular all over the world. The "dry" variety, such as the popular "Canada Dry Ginger Ale" was preferred in the USA during Prohibition. It was used as a mixer because it has a lighter taste than the Golden.
5. What was the original "un-cola"?

In 1967 7-Up positioned their Diet 7-Up as the "uncola". 7-Up is lemon-lime flavored and non-caffeinated. The term uncola or sometime uncoke expanded over time to mean all lighter colored drinks such as Mountain Dew, Ginger Ale and many others that are not caramelized. They are "un-colas".
6. Which early innovation radically changed and enlarged the market for soft drinks? Local markets were able to go global, in fact.

Early manufacturers had a tough time trying to cap the bubbles and gasses in soft drinks, but finally they found a way. In just a few years, glass bottle production went up from 1,500 bottles each day, to 57,000 a day. Bottling allowed expansion into home, work, schools, long distance and finally overseas markets. Shifting to plastic bottles expanded markets even further, since plastic is lighter, and rarely breaks during shipping.
7. Michael Jackson was shooting a commercial when his hair caught fire. What product was he promoting?

The Pepsi commercial started with Michael and his brothers on stage. Pyrotechnics went off too early, setting Michael's hair on fire. Other famous promoters for Pepsi include NASCAR driver Jeff Gordon, Aretha Franklin, Ray Charles, Pink, Beyonce, Enrique Iglesias, Shakira, Aamir Khan, Shoaib Akhtar, David Bowie, Tina Turner and an attempt to utilize Madonna, but she caused an anti-catholic controversy. Pepsi has famous promoters all around the globe.
8. There's a rumor, or is it true, that early Coca-Cola contained which type of drug?

It's true! Until 1905, the soft drink, marketed as a tonic, contained extracts of cocaine. Like cigarettes, cocaine was considered good for one's health, back when.
9. The first marketed non-carbonated drinks appeared in the 17th century. They were composed of what?

This might be a hard one, until you think about transport and marketing in the 17th century. It was 1676 in Paris. Vendors began to carry tanks of a lemonade mix on their backs, bringing "soft drink" to Parisians.
10. What criticism of soft drinks resulted in the major producers pulling their drinks from U.S. schools, in 2006?

One 12-ounce can of soft drink has about thirteen teaspoons of sugar, usually high-fructose corn syrup. Studies linked the sugar in sodas to both obesity and Type 2 diabetes. Questions about sugar substitutes in diet sodas also emerged. Major soda companies pulled out of schools, and began creating natural and "health" drinks.
Source: Author Godwit 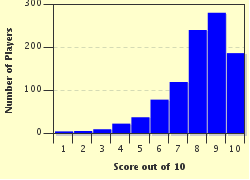