These Pretzels Are Making Me Thirsty! Quiz

So I think I'll have a drink. Why don't you join me?

Quiz Answer Key and Fun Facts
1. While at a Vietnamese restaurant, I had a very unusual drink for the very first time. It was called "salty lemonade". The drink is made from water, but what makes it salty and sweet?

A salty lemonade is called "chanh muoi" (with a tilde above the 'o'). The drink is made by packing limes in a container with salt, and setting it out in the sun until the limes become brined, or pickled. Then, the juice is removed from the limes, and this takes the salt with it.

This creates a very salty and tart liquid, so sugar and either water or soda water are then added to finish it off. It sounds absolutely horrible, but it is actually rather delicious.
2. I am usually a rather simple fellow. I simply like a drink that is half iced tea and half lemonade. It sounds simple, but it makes a very delicious summertime beverage. What would this be called?

An Arnold Palmer is a drink that contains lemonade and iced tea. The drink was named after Arnold Palmer, who was a professional golfer. The drink can also be made sweeter by using pink lemonade instead of regular lemonade.
3. As a child, I always loved this drink. I never knew what was in it, but later in life I discovered it was simply a mix of ginger ale and grenadine, so now I make my own. For what child star is this drink named?

A Shirley Temple is a drink that is made with ginger ale and grenadine, and often topped with a cherry. Little children often love to order this drink at a restaurant, but it is actually quite easy to make at home. Shirley Temples can also be made with Sprite or Seven-Up.
4. Grenadine is delicious in whatever soda you put it in. When I don't put it in ginger ale, I like to put some grenadine in Coke, which creates which beverage?

A Roy Rogers is made from Coke or Diet Coke and grenadine. It was named after the cowboy actor and singer Roy Rogers.

Grenadine comes from the French word grenade, which means pomegranate. Grenadine was once made from pomegranate juice, though nowadays it is known for its cherry flavor, or sometimes raspberry or other red fruits.
5. Sometimes, when its hot outside, a nice chocolate shake helps to quench my thirst. But I like to add something to my chocolate milkshakes; a powder that is also found inside Whoppers (candy). What powder transforms my shake, giving it a unique flavor?

Adding malted milk to a milkshake transforms it into a malt, or malted milkshake. Adding too much can make it taste a bit odd, though. You can purchase malted milk as a powder in many flavors, including chocolate, vanilla, and regular. Malted milk is also used to make delicious candies: Whoppers, for instance, is a type of malted milk balls.
6. I like to drink tonic water with some lime in it. I did not know this had a name, though, until looking it up for this question. What would you call a drink that is simply tonic water with lime?

Tonic water with lemon is called bitter lemon, and tonic water with lime is bitter lime. Tonic water is carbonated water with quinine added for flavor. Because of the quinine, tonic water glows under an ultraviolet light.
7. When I go to a restaurant, and there is a soda machine, I like to mix all of the possible options into one glass and drink that. Most people I know think it's disgusting, but I think it is quite tasty. But one day I learned that this concoction actually has a name; and it is a very sad one, too. What name does this drink go by?

A suicide is made simply by putting all of the flavors of fountain drinks in the same glass. This obviously means that a suicide varies from restaurant to restaurant, depending on what flavors of soda the restaurant has. I usually create mine with more Diet Coke than other flavors, and I find that Hi-C gives it a nice fruity kick to it.
8. When I am at a restaurant, oftentimes I find it too expensive to order a soft drink. So instead, I order water with lemon. Then I add a packet of sucralose to it, to make a weak tasting but sweet and delicious lemonade. I mentioned sucralose; which of these brands of artificial sweetener is actually sucralose?

Splenda is an artificial sweetener made from sucralose. Splenda is known to be in a yellow packet. Sweet'N Low, famous for its pink packaging, is made from saccharin, and Stevia is made from the stevia plant. Stevia can be found as a powder or as a liquid.
9. Sweet tea is a very refreshing beverage on a hot summer's day, and I tend to drink a lot of sweet tea. Sweet tea is a little different from iced tea, however, because it is sweetened much differently. Instead of adding sugar to a glass of cold iced tea at the end, what often gives sweet tea its intense sweetness?

Sweet tea can be made by adding sugar to tea before the tea has cooled down. For my sweet tea, I brew the tea, add the sugar, and then chill it. Another, much sweeter way to make sweet tea, however, is to make a simple syrup. Simple syrup is the very first step to making candy, but can make a wicked batch of sweet tea (wicked meaning good). To make a simple syrup, simply boil one part water to one part sugar (or one part water to two parts sugar, or however much you want, depending on how sweet you want it) until it resembles a syrup.

Then you add this to a batch of iced tea, and it becomes a deliciously sweet tea. Serve ice cold for a refreshing drink in the hot sun.
10. This drink is usually made with white rum and sparkling water, but for a non-alcoholic version, Sprite or Seven-Up works just fine. If you mix lemon-lime soda with lime juice, sugar, and mint, what delicious drink have you created?

A mint mojito is traditionally made by muddling (an action that gives a similar result to using a mortar and pestle) mint leaves with sugar and a shot of white rum, then adding sparkling water and lime juice and mixing. For a refreshingly sweet drink for the younger audience, however, Sprite or Seven-Up makes a wonderful substitute; and even ginger ale can be used. Since these drinks are lemon-lime sodas, the lime juice is unneeded, unless you want it a bit limier. For this drink, simply muddle the mint leaves in the sugar and a small shot of the soda, and when you have finished muddling the mint, add more lemon-lime soda and mix.

And of course, no mojito is complete without a sprig of mint on top!
Source: Author salami_swami 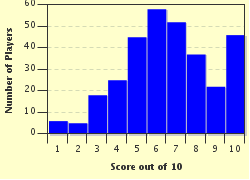