Dog meat dishes are alleged to 'boost energy' during summer months, or improve men's 'virility'. Test your knowledge in this quiz. Good luck!

Quiz Answer Key and Fun Facts
1. In the capital city of this country, where the Olympic Games were held in 1988, restaurants that served dog meat - known locally as 'gaejang guk' - were actually shut down by the government during the games to create a good impression. Which country, known for popular dog meat soups such as 'bosintang', is this?

Dog meat has been eaten in Korea dating back as far as the 4th century AD. In 1984, the sale of dog meat was prohibited, but this legislation had little or no effect on the consumption of dog meat and wasn't enforced. There are specific farms that breed dogs solely for the purposes of being slaughtered for eating, despite further legislation introduced in 2007.

The Koreans have a day called 'Dog Day', which is the day for slaughtering the animals. There are three specific days relating to dogs, between July and August. By 2009 there were still over 6,000 restaurants in South Korea that served dog meat dishes, and two million dogs are killed each year for their meat.
2. In China, another dog eating country, dog meat is known as 'xiangrou'.

Dog meat has been eaten in China for thousands of years. The Chinese philosopher Menicus, who was born in 372 BC, recommended dog meat be eaten as it had healing properties. At the Beijing Olympics in 2008, the 112 designated Olympic restaurants were banned from having dog dishes on their menus.

They followed a similar line to the South Koreans in 1988, as they didn't want to offend visitors from other cultures. Dogs in China are specifically bred for their meat and are usually killed prior to being one year old.

The Chinese prefer to eat dog during winter and the meat of the black dog is said to be best, as it helps the eater retain their warmth during the cold months.
3. In which country, the largest city of which is Ho Chi Minh City, do they serve Thit Cho Hap (steamed dog meat) and Cho Xao Sa Ot (fried dog meat) in lemon grass and chili?

In Vietnam it is thought that eating dog meat prior to a new moon brings good luck. Dogs are primarily eaten in Northern Vietnam and women seldom eat the meat as it is frowned upon for them to do so. In Vietnam, as in other countries, eating dog meat is said to increase the virility in a man.

In 2009, it transpired that dog meat was one of the predominant 'carriers' of a bacteria causing a cholera epidemic in Northern Vietnam.
4. You're in a restaurant in Abuja, Nigeria. If you wanted to avoid eating a dog meat dish, which of the following would it be wise NOT to order?

Four-o-four is predominantly southern Nigerian jargon for dog meat. It is also listed on restaurant menus as, '404'. As per an article in the 'Sun News online' dated Monday 20th April 2009, the dish is so named as it's a "reference to the dog as a fast runner, like the Peugeot 404". Dog's heads, served whole, are also considered to be a delicacy. Due to its rise in popularity, numerous dog owners in Abuja have reported their pets stolen.

The methods by which the dogs are killed are not very pleasant to say the least.
5. In 2007, a Chinese restaurant in Moscow, Russia, was found to be serving dog meat on the menu as mutton.

The restaurant was part of a chain that has since been closed down. The owners were charged with offences of cruelty to animals and selling meat unfit for human consumption. Action was taken as a result of a complaint made by customers that on leaving the restaurant, they saw dogs being delivered to the kitchen.

The occupants of houses adjacent to the restaurant also heard squealing noises in the night when the dogs were being butchered. In 2009, a man was arrested in Oryol, Western Russia, whilst he was en route to Moscow to deliver 15 ready butchered dog meat carcasses, which he stated was mutton. Examination of the carcasses showed that it was in fact dog meat.

This man stated he had been making such deliveries for 15 years.
6. In China, St Bernard dogs are bred and subsequently slaughtered for consumption. A popular way of cooking the meat is by braising it in oyster sauce. Which European country is known for exporting these St Bernards to China?

An article in the Swiss newspaper Rheintaler Bote in 1996, stated that in areas of Appenzell and St. Gallen, dog meat was traditionally eaten. In China, there are farms that concentrate on the breeding of St Bernards. It is said to be more of a money maker than rearing pigs. St Bernard meat is renowned for its tenderness and is described as being somewhat like beef. Chinese President Jiang Zemin is known be fond of St Bernard meat.
7. In Indonesia, a speciality dish is served in restaurants in Manado that consists of fried dog meat, which is known as 'rintek wuuk' or 'RW', and fried 'paniki'. What is 'paniki'?

Most people in the Western Culture, wouldn't like to eat dog meat, so imagine inadvertantly ordering bat! Another favourite served in the Minahasa region is 'tikkus', which is rat meat. A majority of people in Indonesia are Muslim and therefore they don't eat dog meat. Christianity is the main religion in the Minahasa region. Stewed bat is called 'kalalawar kanggang', another one to avoid on the menu, if you don't want to try bat! Also served are skewered intestines of animals and deep fried lungs.
8. In the Antarctic, dogs are eaten too, usually when no other food is available. Which world famous explorer, the first to reach the South Pole in 1911, ate sled dog meat, as did members of his expedition?

The expedition initially consisted of 52 sled dogs. At one point 24 sled dogs were killed and fed to the remaining dogs and five expedition team members. Prior to the expedition, Roald Amundsen had spent some time with the Inuit, and noticed that they didn't suffer with scurvy, which is caused by a lack of vitamin C.

He noted that they ate raw seal meat and on occasion dog meat. It was believed that both seal and dog meats were anti-scorbutic. Only eleven of the sled dogs returned from the South Pole. Sled dogs, which include Siberian huskies, have been used for food in countries such as Greenland and Alaska as a last resort, to ensure human survival.
9. In Ghana, where dog meat is considered a delicacy, which of the following is NOT eaten?

Guinea pigs are eaten in some South American countries, such as Peru and Bolivia, but not in Ghana. In Ghana, dog meat is more expensive than other meats such as lamb and goat. In 2006, Henrik, Prince Consort of Denmark, stated that he liked eating dog. He is the honorary president of the Danish Dachshund Club.
10. Would you like to try dog meat? There is a web site which purports to deliver dog meat cuts, sausages and gravy, vacuum packed, via the internet.

The website is called PuppyBeef.com, which states its locations aren't known, includes recipes for dog meat dishes and states that the company carry out checks on potential clients, who first have to register with them. According to this site the company have three locations within the United States and 'gourmet' butcheries in countries including Korea, Indonesia and China. They also have a 'sister' butchery called, 'KittyBeef'. According to PETA, People for the Ethical Treatment of Animals, these are infact hoax sites!
Source: Author demurechicky 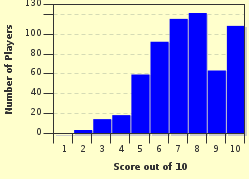 Related Quizzes
This quiz is part of series It's a Dog's Life:


1. Another Dose of Doggerel Average
2. Fractured Dog Breeds Average
3. Welcome to the Celebrity Zoo Very Easy
4. Yours Truly, The Dog Warden Easier
5. Dog Got Your Tongue? Very Easy
6. Do you DOG? Easier
7. Walk the Dog Easier
8. The Dogs of War Average
9. 'They Eat Dogs Here' Average
10. It's Biting You Average
11. Fluffy and Friends: Dogs in Books Average
12. Top Dogs At The Movies Easier


Other Destinations
Explore Other Quizzes by demurechicky