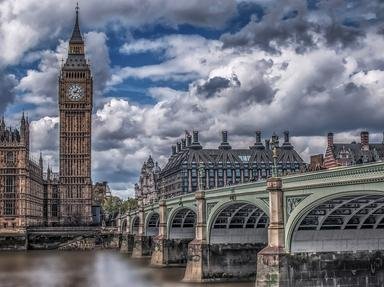 Slang Words from 1874 London, Starting With "B" Quiz

The dictionary that these words came from warned that slang "changes much," even in 15 years. So this quiz is up-to-date for 1874, but you might sound old fashioned using the words in 1890. Just a caution! The words also all begin with B; no reason.

Quiz Answer Key and Fun Facts
1. On a London street in the 1870s, you stopped to watch a game with three shells and a pea, run by a fellow standing behind a table. A bystander says, "You're going to get bamboozled." What does he mean?


Answer: you're going to be made a fool of and cheated

Bamboozle meant "to deceive, make fun of, or cheat a person," according to the 1874 London "Slang Dictionary." It could be shortened to "bam," a noun meaning a deception or sham.

The Online Etymology Dictionary dates it back to 1703, saying it perhaps came from the Scottish "bombaze" meaning "to perplex," or was related to bombast, or to the French "embabouiner," which literally meant to make a baboon of.
2. If someone said in 1874 London that a new employee was doing a bang-up job, is that praise, an insult, or what?

According to the 1874 "Slang Dictionary," bang-up meant "first-rate, in the best possible style." The Online Etymology Dictionary dates it to 1820 meaning "excellent, first-rate," and suggests it was "probably shortened from the phrase bang up to the mark."
3. What would you be wearing, if someone in 1870s London said you were in your birthday suit?

The 1874 London "Slang Dictionary" defined birthday suit cleverly: "the suit in which Adam and Eve first saw each other, and 'were not ashamed.'"

The Online Etymology Dictionary says it was first written in the 1730s but was probably used long before that. The explanation there is more straight forward: "the suit of clothes one was born in, i.e., no clothes at all." A similar phrase came from Middle English, "mother naked," also Middle Dutch, "moeder naect," and German, "mutternackt," all implying "naked as the day one was born."
4. If someone in 1870s London warned you not to deal with someone because "he's a bite," what would they mean?


Answer: he'll cheat you, or bargain so hard that you may overpay

The 1874 London "Slang Dictionary" defined a bite as "a cheat," explaining that "A Yorkshire Bite" was someone from there who was "a cheating fellow." It further explained that a bite could mean, in older slang, "a hard bargainer." As a verb, bite meant "to cheat," and "to be bitten" meant "to be taken in or imposed upon." The dictionary author said it was originally a gipsy term, and cross-biter, meaning a cheat, shows up in sixteenth century writings and was probably where the term came from. "A Dictionary of Slang, Jargon & Cant," 1889, acknowledged that etymology but said it was more likely to come from Dutch slang, reinforced by German.
5. A London man in the 1870s, telling a story, says, "And then he blurted out..." Was the meaning of "to blurt out" in the 1870s the same as ours, meaning to speak without thinking?

The 1874 London Slang Dictionary said "blurt out" meant "to speak from impulse, and without reflection, to let out suddenly," just as we'd use it. The Online Etymology Dictionary dates "blurt" to the 1570s, and many other dictionaries date it to the 16th and 17th Centuries.
6. One customer says to another as they're leaving a store in 1870s London, "He was a bit-of-stuff, wasn't he?" They're talking about the store clerk, but what do they mean?


Answer: he was dressed fancier than all the other clerks and was very confident in his ability to sell the goods

The 1874 "Slang Dictionary" from London said bit-of-stuff referred to an "overdressed man; a man with full confidence in his appearance and abilities." It could also refer to a young woman, who might be "also called a bit of muslin."

The modern meaning is that the "bit of stuff" is a sexually attractive person. Even modern slang dictionaries, though, make clear that in the 19th Century, that conclusion was subjective. If one liked someone who was a snappy dresser and self confident, the person was sexually attractive; if not, he wasn't. For example, "Cassell's Dictionary of Slang" by Jonathon Green, 2005, says that in the early 19th Century, it meant "an overdressed man, an overconfident man" and by the mid 19th Century it could mean "an admirable person." The transition in meaning seems to have been underway, but not necessarily complete.
7. "I've got the blues," says someone in 1870s London. What do they mean?

The blues meant "a fit of despondency," just like today, according to the 1874 London Slang Dictionary. The word had the same meaning in America, too. It came from blue devils, "the apparitions supposed to be seen by habitual drunkards," but that connection seems to have faded to the point that one wasn't implying anything about drinking anymore. To have the blues just meant to have low spirits.

The Online Etymology Dictionary said the meaning "depression, low spirits" went as far back as the 18th Century. "Cassell's Dictionary of Slang" by Jonathon Green, 2005, says it meant "misery, depression, unhappiness" and explains that the Oxford English Dictionary's first citation is from a letter by the actor David Garrick, July 1741: "I am far from being quite well, tho not troubled with ye Blews as I have been."
8. If a Londoner asked for a sack of "bog oranges" in the 1870s, what did he want to buy? He may have used the phrase to an ignorant city clerk, who had never seen anything growing either in orchards or in the dirt, just to make sly fun of him.

The 1874 London Slang Dictionary said, "Bog-Oranges, potatoes. A phrase perhaps derived from the term 'Irish fruit,' which, by some strange peculiarity has been applied to potatoes; for even the most ignorant Cockney could hardly believe that potatoes grow in a bog. As, however, the majority of the lower classes of London do believe that potatoes were indigenous to, and were first brought from the soil of Ireland, which is also in some parts supposed to be capable of growing nothing else, they may even believe that potatoes are actually Bog-oranges."

"Cassell's Dictionary of Slang" by Jonathon Green, 2005, acknowledges it: "[19C] potatoes... racial stereotyping, the main constituent of the Irish diet is supposedly potatoes." While it's certainly in the category of slang based on insulting or stereotyping the Irish, the sudden removal of the potato from Ireland's foods in the late 1840s showed how important it had become.

The cruel stereotypes came fast, blaming the Irish, implying they ate nothing but potatoes, treating the Irish poor as a class lower than the English poor; though ironically, the Slang Dictionary's definition implied the English were at least as gullible as the Irish, perhaps more so.
9. What was a slang term for a pistol in 1870s London, and also a serious name for a lumberman's tool?

The "Slang Dictionary," London, 1874, said "Barking-Iron, or Barker, a pistol. Term used by footpads and thieves generally." A 2003 annotated edition of Oliver Twist edited by Philip Horne included a footnote explaining "barkers" was not recorded before Scott's "Guy Mannering," 1815, but it came from pistols' "explosion resembling the bow-wow or barking of a dog."

A barking iron was a real tool, made of iron and somewhat resembling a small shovel, used in the 19th century by lumberjacks to scrape or remove the bark from a log. It was also called a barking spud.

Concerning the wrong answers: "beedle" or "beadle" was a sledgehammer but never referred to pistols. "Bob" seems, surprisingly, to apply to neither. A "burner" is identified as modern slang for a pistol, especially a cheap one discarded after a crime, but is recent, nowhere near the 19th Century.
10. "Who struck Buckley?" you hear an Englishman in 1870s London say to some Irishmen, who seem annoyed but ignore him. What just occurred?


Answer: the Englishman was taunting the Irishmen with a slang insult

"Who struck Buckley?" was "a common phrase used to irritate Irishmen," according to the 1874 London Slang Dictionary. "The story is that an Englishman having struck an Irishman named Buckley, the latter made a great outcry, and one of his friends rushed forth screaming, 'Who struck Buckley?' 'I did,' said the Englishman, preparing for the apparently inevitable combat." The Irishman looked him over and, seeing he was far stronger and wanting to extricate himself from the situation, replied, "Then, serve him right."

"Cassell's Dictionary of Slang" by Jonathon Green, 2005, acknowledges it since 1864, "a common phrase used to irritate Irishmen," but says the etymology is unknown. James Joyce, in the midst of the stream of consciousness in "Finnegans Wake," 1939, asks "who struck Buckley" but implies every schoolgirl knows.
Source: Author littlepup 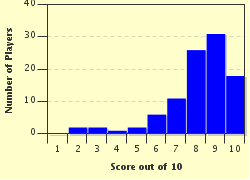