Have you ever wondered what an essentially semantic grammar might look like? This quiz may shed light on this. Please note that in this kind of grammar the "Object" is inanimate, while the "Experiencer" is animate.

Quiz Answer Key and Fun Facts
1. Why is it extremely difficult to provide an accurate, short and simple definition of the concept "subject of a sentence" (except in purely formalistic terms)?


Answer: For all of these reasons

It is often not realized that the concept of "subject of a sentence" is purely structural. The only fully accurate defintions are those given in terms of structure, for example: "The subject of a sentence or clause is the noun, noun phrase or pronoun that determines the person and number of the verb." This is formalistic in that it presupposes a knowledge of grammar and grammatical terminology and is unsuitable for teaching purposes.

However, any definition that seeks to break out of this formalism, by using meaning, faces immense problems. Structure in itself, though essential to the functioning of language, has no meaning.
2. "The subject of a sentence making a statement is the agent or 'active doer' of the action described by the verb, unless the verb is passive". Is this an accurate definition?

Unfortunately, inaccurate definitions of this kind are sometimes taught in schools and can also be found in some reference works. Consider sentences like "She collapsed in her own home", "The old man died" and "The plants grew well". Obviously, there is no question of agency in these sentences.

After all, the absence of an agent with "to die" is in fact a key feature of its meaning: it's one of the things that makes "to die" different in meaning from from "to commit suicide", for example. Agency is essential to the meaning of the latter, just as its absence is a key feature of the meaning of the former.
3. "The men panicked at once". From a semantic point of view, which of these categories best describes the role of "the men" in this sentence?

Far from being the active doers or agents, the syntactic (grammatical) subject here - "the men" - undergo an involuntary experience: something happens to them, whether want it or not. They are, as it were, the "object" of the process described by the verb. (Animate objects of this kind generally belong to the category called the "Experiencer", while the category "Object" is generally reserved for inanimates).
4. "Empires decline, decay and perish". Which of these best describes, in semantic terms, the role of "empires" here?

In this sentence, the grammatical subject is the semantic object of the process described by the verbs: things happen to empires in this sentence. (If the semantic object in this sentence were animate it would belong to the category called the "Experiencer", not the "Object", which is generally reserved for inanimates that undergo a change of state).
5. "Anne succumbed to drowsiness and fell asleep at her desk". From a semantic point of view which of these categories best describes the role of Anne?

Clearly the events described by the verbs are involuntary events that happen to Anne and there is no question of agency. (The "Experiencer" is in effect an animate semantic "Object").
6. Is this sentence potentially ambiguous? "Those people terrify me".

"Those people" could be an agent, actively and deliberately engaging in terrifying; or they could be merely a trigger for fear, in effect an "instrument".
7. "The key opened the door". Which of these best describes the semantic role of "the key" in this sentence?

In semantic terms an unspecified, but implied person, machine or supernatural force is opening the door, using the key as an instrument. Logic and common sense require that there must be an agent at some level, even if the key is operated by computer, and even if the agent is at several removes from the action of the verb.
8. "It's raining". What does "it" refer to in this sentence?


Answer: "It" doesn't refer to anything

In English (and many other languages, too) the structure of a sentence making a statement must consist at the very least of a subject and a verb. "It" here functions as a dummy grammatical subject.
9. "Shut the window". What, if anything, can be regarded as the semantic subject of this sentence?


Answer: An implied "you"

The function of linguistics is to *describe* language and language-use. Linguistics leaves the business of telling people how to speak and write to others.
Source: Author bloomsby 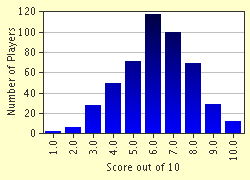