I would like to present a quiz on the grrr-eat "Lion King" movie.

Quiz Answer Key and Fun Facts
1. What does Timon call his mother?

Timon calls his mother by 'Ma'. He also has an uncle, Uncle Max.
2. What does Timon's mom do that bugs him a lot?


Answer: try to flatten his hair down

Timon's mother is always trying to flatten his hair down. It never flattens properly.
3. Who sings 'Grazing in the Grass' for the soundtrack?

On the DVD, Raven has a music video called 'Grazing in the Grass'.
4. Why do the meerkats dig tunnels all day?


Answer: to hide from hyenas

According to the song the colony of meerkat's sing, they are hiding from those darn hyenas.
5. What was the release date of the DVD and video?

The correct answer is February 10,2004. Now available on DVD and video!
6. Who told Timon about "Hakuna Matata"?

Timon was told by Rafiki about "Hakuna Matata" when Timon was searching for a better, worry-free home.
7. Timon was the first friend Pumbaa ever had.

Pumbaa confessed that Timon was the only real friend he ever had. That was a start of a beautiful friendship.
8. What does "Hakuna Matata" mean?

Hakuna Matata means no worries. Be our guest came from "Beauty and the Beast".
9. What were Timon and Pumbaa doing before they found Simba?

Timon and Pumbaa were bowling for buzzards, they never knew they would find Simba.
10. Who does the voice of Timon? 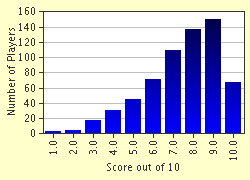 
Other Destinations
Explore Other Quizzes by Max Goof