'The Lion King' is an awesome movie. Enjoy!

Nala said it, too.
2. Pumbaa got lost from Timon chasing what?

Pumbaa ran into Nala chasing the beetle.
3. What animal is sitting on Zazu at the end of the song "I Just Can't Wait to Be King"?

Zazu was sent with Simba and Nala to watch over them on their trip to the Elephant Graveyard.
4. What animal does Zazu land on when Simba pounces on him?

Mufasa was giving Simba a pouncing lesson at the time. After Zazu gets up it shows a groundhog come out of the ground.
5. What kind of meat did Scar feed the hyenas?

You can see the stripes on the fur of the meat.
6. How did Mufasa die?

Scar caused a stampede, and Simba was caught in it. Mufasa went down to save Simba but when he tried to get back up the mountain, Scar grabbed him. Scar let Mufasa fall to his doom, and made Simba think it was because of him Mufasa died.
7. What color did Timon say Simba was?

'No worries for the rest of your days.'
9. What color are Scar's eyes?

10. Which of the following characters seems to be the most scientific?

Pumbaa said Simba was brownish-gold. He also said, "I always thought they were balls of gas floating millions of miles away," about stars.
11. How many male lions are seen in the movie?

Mufasa, Simba, and Scar are the only ones.
12. Were Adult Simba and Mufasa's voices played by the same person?

Mufasa - James Earl Jones. Adult Simba - Matthew Broderick.
13. Did Timon and Pumbaa sing some of 'The Lion Sleeps Tonight' in the movie?

14. What did Mufasa say to Simba after he died?


Answer: Remember who you are.

They were talking about the taste of bugs.
Source: Author specialkarah 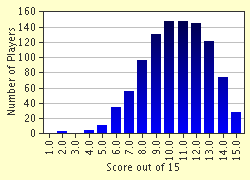 
Other Destinations
Explore Other Quizzes by specialkarah