"The Lion King" through the eyes of Timon and Pumbaa. Good luck!

Quiz Answer Key and Fun Facts
1. Who originally came up with the phrase "Hakuna Matata"?

As Timon is setting out to find a better life, he runs into Raffiki who tells him that "Hakuna Matata" means "no worries"; later when Timon tries to remember to tell Pumbaa, it is Pumbaa who says it first.
2. What is Timon trying to build when he causes the tunnel to collapse?

Fed up with he and his fellow meerkat's 'pathetic' exsistance, Timon just tries to shed some light into their lives.
3. Why does young Simba begin to sleep with Timon and Pumbaa?

After having a bad dream, Simba is too afraid to sleep alone, so Timon and Pumbaa let him sleep with him. This one night turned into every night, with Pumbaa at the bottom of the pile and Timon on the top.
4. "Good-night, Sleep tight __________."

Pumbaa was in charge of saying this before they went to sleep. As soon as he said it he passed out and started snoring.
5. In the waterhole, what makes the bubbles that are so 'relaxing'?

When Pumbaa gets out of the water and the bubbles stop automatically, it is very evident that Pumbaa causes the bubbles. Needless to say, Timon and Simba hurried out of there.
6. Max is Timon's father.

Max, better known as Uncle Max, does not really like Timon, but learns to.
7. What does Rafiki tell Timon to do when Timon is not sure of where to make is dream home?


Answer: "Look beyond what you see"

Unfortunately, Timon takes the "strange monkey's" advise too literally.
8. What do Timon and Pumbaa do when they first meet?

After they are finished screaming, Timon begs Pumbaa not to eat him saying he has a low threshold for pain. When they pause the movie, Timon tells Pumbaa that he thought he was 'a scream'.
9. Timon wins every contest he and Simba have.

Simba actually wins all of them. Timon, wanting to prove himself, challenges Simba to a snail-slurping contest, which he loses. Pumbaa, in his infinite wisdom says it all with "the pupil has again surpassed the teacher"; to which Timon says "you've been hanging out with the monkey again haven't you?"
10. At the end of the movie, all of the meerkats move into paradise with Timon and Pumbaa.

In the paradise, they are shown swimming, singing, and doing yoga with Uncle Max as the teacher.
Source: Author pebbles02 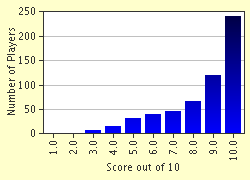 
Other Destinations
Explore Other Quizzes by pebbles02