Who's Who in Simba's World Trivia Quiz

Simba is the prince of Pride Rock. He spends a lot of his time interacting with those around him. Can you remember how he knows everyone?

Scar is Simba's dark-furred uncle. He wants to kill Simba and Mufasa (Simba's father) in order to take the throne. He succeeds in killing Mufasa, but Simba lives on.
2. Zazu is a little blue-colored bird. How does he know Simba?


Answer: Zazu is the royal advisor

Zazu gives a report to Mufasa every morning about how things are running in the savanna. Simba finds him annoying and does everything he can to try and get away from him.
3. Is Mufasa the father of Simba?

Mufasa dies because his brother concocts a plot in an attempt to get the throne. In order to kill him, Scar throws him off of a cliff and back into the stampede he had just escaped from. Mufasa appears later in the movie as a ghost.
4. Do Nala and Simba eventually end up in a romantic relationship?

When Simba and Nala were cubs, Zazu joked that he could see love blossoming between them, but they both rejected the idea. After finding him living in the oasis with Timon and Pumbaa, Nala tells Simba what is happening to Pride Rock. She tries to get him to go back, but it is Rafiki who convinces him. Simba and Nala have a cub together by the end of the movie.
5. When Rafiki tries to convince Simba to go back to Pride Rock, he does something with his staff. What does he do?


Answer: He hits Simba over the head with it

Rafiki is a baboon that gives advice to those in the savanna that need it. He is the one who shows Simba to the others in the Pride Lands at the beginning of the movie. Rafiki's words and wisdom are what completely convince Simba to go back home.
6. Three hyenas chase Simba in the elephant graveyard. Which is NOT one of those hyenas?

Sarabi is Simba's mother, and therefore a lion. Ed, Shenzi, and Banzai are the three hyenas that work for Scar. Ed is always laughing, much to the annoyance of Shenzi and Banzai. Mufasa saves Simba from them when he was a cub.
7. How do Timon and Pumbaa know Simba?


Answer: They find Simba unconscious in the desert as a cub and raise him

Timon is a little brown meerkat and Pumbaa is a reddish-brown warthog. They teach Simba their way of life, "Hakuna Matata". When Simba returns to Pride Rock to take it back from Scar, they join him and distract the hyenas so Simba can go and fight Scar.
8. Does Simba have any friends who are not lions?

His best friends Timon and Pumbaa are not lions. They are a meerkat and a warthog. Rafiki seems to be a friend, as well, and he is a baboon.
9. Which character annoys young Simba the most?

Zazu is the royal advisor. Mufasa sends him with young Simba whenever he leaves Pride Rock. Simba thinks he is annoying and tries to ditch him as often as he can.
10. Which of the following characters are NOT on Pride Rock when Simba is being held up?

Mufasa and Sarabi are Simba's parents, so they are at the presenting. Rafiki is the one who holds Simba up for the other animals to see. Timon doesn't appear until the middle of the movie, when Simba is a bit older.
Source: Author dlbn 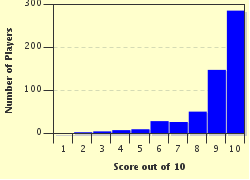