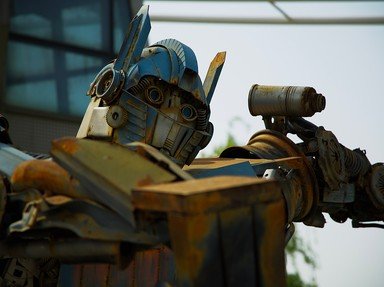 "Transformers: Revenge of the Fallen": Who am I? Quiz

This quiz is solely about the "Transformers" live action movie characters, both human and robot, that first appear in this movie. Have fun!

Quiz Answer Key and Fun Facts
1. I'm the one who believes the Autobots should leave Earth and leave the humans out of their war. I am the National Security director serving the president and I also get lost in Egypt. Who am I?

Galloway's first name is revealed in a children's storybook adaptation of the movie. Most fans I've met online can all agree that he is a jerk and gets what he deserves when he gets lost in Egypt after parachuting out of a plane. Leo is Sam's college roommate and Graham is one of the NEST soldiers.
2. I am a Decepticon who is only seen in alternate mode in the film. I discover where the last Allspark shard was when listening in on a conversation and send my minions to retrieve it. Who am I?

Soundwave was communications officer in the "G1" cartoon and also fills that role in "ROTF". He mainly has his minions do his job for him.
Demolisher is killed in the beginning of the film; Wheelie goes to retrieve another Allspark shard from Mikaela Banes; and Starscream is planning to betray Megatron.
3. I transform into a Corvette Stingray concept and slice Sideways in half during the battle in Shanghai, China. Who am I?

Sadly, Sideswipe's alternate mode vehicle is not available to purchase due to GM going bankrupt. He is silver rather than the red color of his "G1" counterpart. Moonracer doesn't exist in "ROTF" continuity; Jolt doesn't do a lot; and Arcee protects Sam in the battle in Egypt.
4. I live in Sam's dorm room. I also accidentally tased myself in a sensitive area. Who am I?

The other answers are joke answers that I made up for no particular reason. Leo accidentally gets invovled with everything after discovering Sam in their dorm with the Decpeticon Pretender Alice, who is attempting to kill him. He later has to avoid getting sucked up by Devastator.
5. I am three different robots who share the same consciousness in this film; in the toyline, I am only one robot and my "sisters" are individuals named Chromia and Elita 1. Who am I?

Yes, Arcee is very, very confusing as a character. She was originally meant to be in the first film turning into one motorcycle but she was replaced with Ironhide in the final "Transformers" script. She provides cover for Sam and Mikaela when they take the Matrix of Leadership to revive Optimus Prime.
Firestar and Moonracer only exist in "Generation 1" and Nightbird is the female ninja robot in the "G1" episode "Enter the Nightbird".
6. I am the Decepticon medic who wants the human boy's brain on the table. I am known as the Doctor but what's my real name?

Scalpel is one of the smallest Decepticons but size doesn't seem to matter to him or to any other Decepticon. He also knows a lot about the anatomy of various species, as stated in his tfwiki.net bio. You should know that Hook was the Decepticon medic in "G1", not this movie!
I also could not watch the scene where Scalpel tortures Sam.
7. Yo, we're da Autobot twins who don't do much readin' and barely escaped Devastator. Who are we?

Skids and Mudflap caused some controversy as they were thought to be racist stereotypes of African Americans (e.g. the way they talked, not being able to read, etc). What they do in the film though, surviving Devastator's attack on them, is something that wasn't really expected.
Grindor and Blackout are NOT related and Rumble is in the movie sequel comic "Transformers: Nefarious".
8. I am the blue Autobot who has no lines in the movie but helps attach Jetfire's parts to Optimus Prime so he can defeat the Fallen. Who am I?

Bumblebee is not blue; Bluestreak doesn't exist in this continuity; and Sideswipe is silver. Jolt is not seen that much in this film, although his role of helping Ratchet with Optimus, as stated in the question, does impact the plot of the film. Without Optimus Prime, the main characters would not be able to defeat the Fallen.
9. I'm the Decepticon who retrieves the Allspark shard from Diego Garcia and later battles Bumblebee in Egypt. Who am I?

Ravage was one of the original "Generation One" Decepticons that were Soundwave's minions who transformed into cassette tapes but since that would not make sense in today's world, his alternate mode is a missile instead. He is killed in the film but then revived in one of the issues of the "Transformers" comic "Tales of the Fallen."
10. I am the main villain of this film and want to harvest Earth's sun into energon using the solar harvester. Who am I?

Frankly, I think the Fallen's kind of dumb by saying, "Give me your sun!" before the Decepticons actually win, which thanks to Optimus Prime, they didn't. He is some great, great relative to Optimus, being an ex-member of the "Dynasty of Primes" in the live action verse. His former name before being known as the Fallen isn't stated.
Source: Author TFgirl10 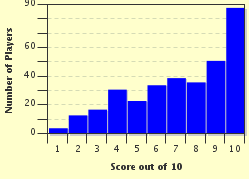 
Other Destinations
Explore Other Quizzes by TFgirl10