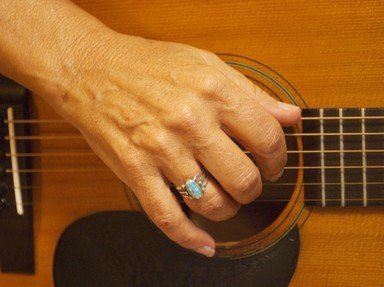 If you enjoyed folk music back in the day, you might want to try this quiz. Simply match the singer to the song.

One of the most famous protest songs of all time, "Eve of Destruction", sung by Barry McGuire, was released in 1965. It was written by a 19 year old named P.F. Sloane in the early hours of the morning to express his opposition to the war in Vietnam. The song spent 11 weeks on the Billboard chart, despite the fact that many thought it might provide comfort to the enemy.

At the time there was a rumor that McGuire had been a marine, giving more credence to the dissent; however, the truth was that McGuire had actually joined the U.S. Navy at 16 years old and was discharged ten months later for being underage.
2. "Mr. Bojangles"

While the song "Mr. Bojangles" has been recorded by many artists, it was written by Jerry Jeff Walker and released in 1968 on his album of the same name. According to Walker, it was inspired by a homeless street performer who wound in the same cell as Walker in New Orleans. For anonymity, the man called himself 'Mr. Bojangles' after the great tap dancer Bill Robinson. And when the mood in the cell got too heavy, Mr. Bojangles danced.

In 1971, a version done by the Nitty Gritty Dirt Band went to number nine on the Billboard pop chart.
3. "Big Yellow Taxi"

Canadian singer Joni Mitchell wrote and recorded "Big Yellow Taxi" in 1970. "Don't it always seem to go/That you don't know what you've got til it's gone/They paved paradise/And put up a parking lot." The words may have been written half a century ago (was it really that long?), but the concept still holds true today. Human nature seems to take for granted what is available, always looking for something more. Mitchell was one of the preeminent singers of her time, dealing with themes like the environment, the culture and disenfranchisement, long before they became popular themes.
4. "At Seventeen"

Around the same time as the iconic Janis Joplin, there was another Janis, a younger singer-songwriter of the 1960s and 1970s. Janis Ian's first hit song, written and released in 1965 when she was just 14 years old , was "Society's Child", a song about interracial love.

It reached number 14 on the Billboard Hot 100. In 1975, she followed it up with "At Seventeen", a song about teenage disillusionment and isolation; the song went to number one. Both her songs were inducted into the Grammy Hall of Fame, as records making a significant contribution to the history of music.
5. "Kisses Sweeter than Wine"

One of my favorite folk groups, as well as one of the oldest, The Weavers were founded in Greenwich Village in New York City in 1948. The group consisted of Ronnie Gilbert, Lee Hays, Fred Hellerman and Pete Seeger. Their songs were mellow and non-confrontational but their music was the inspiration for the next generation of folk singers like Bob Dylan and Peter, Paul and Mary. "Kisses Sweeter Than Wine" was a love song written by the group and released in 1951.

The Weavers were also responsible for popularizing "Goodnight Irene" and "Wimoweh".
6. "Alice's Restaurant"

Many of us can remember all the words of one of the most famous folk songs of all time, i.e. "This Land Is Your Land", by Woody Guthrie. Well, it seems Woody's son, Arlo Guthrie, followed in his footsteps with the hit folk song "Alice's Restaurant", aka "Alice's Restaurant Massacree". Released in 1967, the satirical song was based on an actual incident which occurred on Thanksgiving Day in 1965, beginning with a citation for littering, and ending up as a protest against the draft and the war.
7. "The Night They Drove Old Dixie Down"

Written by Robbie Robertson of The Band and released in 1969, "The Night They Drove Old Dixie Down" was covered by the great folk singer Joan Baez, and hit number five on the pop chart in 1971. The song takes place at the end of the Civil War in Virginia in 1865.

As for Baez, she was a former lover of Bob Dylan (covered in the song "Diamonds and Rust"), an outspoken activist and protester of social injustices, and an advocate for environmental issues. She also performed several songs at Woodstock. Among her other songs are: "Forever Young" and "Love Is Just a Four-Letter Word".
8. "We Shall Overcome"

The American Civil Rights protest song "We Shall Overcome" had its beginnings as a hymn written by Reverend Charles Tindley, and published in 1900 under the name "I'll Overcome Someday". "The world is one great battlefield,/With forces all arrayed;/If in my heart I do not yield,/I'll overcome someday." The words are still powerful and meaningful.

In 1963, at the beginning of the fight for black civil rights, the song was sung by Mahalia Jackson (1911-1972), known as "The Queen of Gospel". It was also sung by such luminaries as Pete Seeger and Joan Baez in the 1960s, and by Bruce Springsteen as recently as 1998.
9. "The Wreck of the Edmund Fitzgerald"

Another Canadian singer of the 1960s and 1970s was Gordon Lightfoot. His song "The Wreck of the Edmund Fitzgerald" was based on a real life incident, i.e., the sinking of the SS Edmund Fitzgerald on Lake Superior on November 10, 1975. On November 20, 1976, the song hit number one in Canada.

The song also hit number one in the United States, Lightfoot's most successful single after "Sundown". Some of Gordon's other hits include "For Lovin' Me", "Early Morning Rain" and "Steel Rail Blues".
10. "Handy Man"

Aaah, "Sweet Baby James", James Taylor, is one of the more recent folk singers. A multiple Grammy winner, Taylor was admitted into the Rock and Roll Hall of Fame in 2000, and is one of the best-selling singers of all time. His soft, mellow, easy-listening sound has produced hits like "Fire and Rain" and "You've Got a Friend".

As a "Handy Man", he says "I fix broken hearts/I know I surely can". He remains one of the last of a dying breed, i.e., the folk singer. I guess, with technology and the pace of the current world, there is little time for folk music and our connection with the past.
Source: Author nyirene330 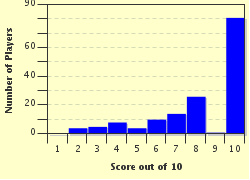