Let's explore the songs on this Christmas album that Engelbert released in 1980.

Quiz Answer Key and Fun Facts
1. On the album "A Merry Christmas with Engelbert Humperdinck," Engelbert sings "O Come All Ye Faithful" in English and in which other language?

Like many other singers, Engelbert included both English and Latin in his recording of this Christmas hymn.

The original composition of "Adeste Fideles" is disputed, with credit most often being given to John Francis Wade, a Jacobite musician and hymnist, who spent much of his life as an exile in France. The English translation was written by Frederick Oakeley, an English Catholic priest, in 1841.
2. "Have Yourself A Merry Little Christmas" by Hugh Martin and Ralph Blane has two different sets of lyrics, one decidedly sad and the other more hopeful. The melancholy lyrics were introduced by Judy Garland in the 1944 movie musical "Meet Me in St. Louis while the more upbeat revised lyrics were requested by Frank Sinatra some six years later. Does Engelbert sing the original, melancholy, lyrics on his album "A Merry Christmas with Engelbert Humperdinck?"

The arrangement is somewhat up-tempo and Rock influenced, But Engelbert sings Hugh Martin's original lyrics.
3. Most of us associate "Blue Christmas," included on "A Merry Christmas with Engelbert Humperdinck," with Elvis, and accept the song as a yuletide staple for Country and Rock performers. But do you know who had the first hit record of it and in what year?


Answer: Russ Morgan and His Orchestra in 1949

Billy Hayes and Jay W. Johnson's "Blue Christmas" was published in 1948. The next year, both Russ Morgan and Hugo Winterhalter had commercially successful releases of the song. The Country & Western associations of "Blue Christmas" also started in 1949 with Ernest Tubb. Since then it has been recorded by many artists, including a romantic Pop version by the great Billy Eckstine in 1950. It has also been recorded by The Beach Boys and Glen Campbell as well as by Engelbert in 1980, for whom the song remains a holiday concert favorite.

Elvis laid down his iconic version in 1957, releasing it both on his "Elvis' Christmas Album" LP and on the extended play album "Elvis Sings Christmas Songs." Chet Atkins included "Blue Christmas" on his 1961 album "Christmas with Chet Atkins."
4. Complete the lyric to the second verse of "Away In A Manger," as sung by Engelbert on "A Merry Christmas with Engelbert Humperdinck: "The cattle are lowing, the Baby awakes But Little Lord Jesus, no _____ he makes I love Thee, Lord Jesus, look down from the sky And stay by my bedside till morning's nigh"

The entire lyric is as follows:

The cattle are lowing, the baby awakes,
But little Lord Jesus, no crying he makes.
I love Thee, Lord Jesus, look down from the sky
And stay by my bedside till morning's nigh.

Be near me, Lord Jesus, I ask Thee to stay
Close by me forever, and love me, I pray.
Bless all the dear children in thy tender care,
And bring us to heaven, to live with Thee there.

I learned it "stay by my cradle," but perhaps "bedside" is the British version? In any case, the meaning is clear.

This is often the first Christmas carol children are taught. It has two melodies that I know of, one used in Britain and the other in the U.S. Not surprisingly, Engelbert uses the British melody. According to Wikipedia, the carol has a complicated provenance; but on Engelbert's album it is attributed simply to Spilman.
5. At the end of "O Little Town Of Bethlehem," as recorded on "A Merry Christmas with Engelbert Humperdinck," Engelbert and the chorus add a coda: "O Bethlehem! O Bethlehem! O Bethlehem! Lift up your voice and sing, _____ in the highest, _____ forevermore" What is the missing word?

The Latin exclamation Hosanna! Found in hymns and Christmas carols comes to us from Aramaic through Hebrew and Greek. Originally, it meant 'save" or 'rescue,' retaining this meaning in Jewish liturgy. How the term came to be used in the Christian tradition, as an exclamation of praise for the Savior is unclear.
6. On his album "A Merry Christmas with Engelbert Humperdinck" Engelbert includes a medley or "trilogy" of carols; "We Three Kings," "The First Noel" and "Silent Night." Which of these carols was originally written in German?

"The First Noel" is a traditional English carol, thought to be of Cornish origin., first published in the early Nineteenth Century. The American Episcopal rector John Henry Hopkins Jr. composed the words and music of "We Three Kings of Orient Are" in 1857.
7. What is the title of this song sung by Engelbert on his "A Merry Christmas with Engelbert Humperdinck" album? "Sleigh bells ring, are you listening? In the lane snow is glistening. A beautiful sight We're happy tonight Walking in a __________."

The beloved standard "Winter Wonderland" was written by lyricist Richard B. Smith and composer Felix Bernard. Engelbert had earlier included the song in the "Jingle Bell Tyme" medley on his 1977 "Christmas Tyme" album.

The Les Reed/Barry Mason song "Winter World of Love" is an early and enduring hit of Engelbert's, first recorded by him in 1969 and a staple of his repertoire ever since. He included "Wonderland by Night" by Lincoln Chase and Klaus-Günter Neumann on his 1968 album "A Man without Love." As of 2015 he has not recorded "A Marshmallow World," which was written by Carl Sigman and Peter DeRose.
8. Which American singer, well known for popularizing the Calypso style of music, had a 1957 hit with "Mary's Boy Child," included on "A Merry Christmas with Engelbert Humperdinck?

Harry Belafonte was born Harold George Bellanfanti Jr. in 1927 in Harlem, New York in the United States. Singer-songwriter, actor, social activist, he is best known as the King of Calypso for popularizing that musical style. His 1956 album "Calypso" was the first million selling album by an individual artist, as opposed to an orchestra or group. He has received many awards and honors both in the Performing Arts and for his social and humanitarian work. Belafonte's 1957 recording of "Mary's Boy Child" by Jester Hairston remains one of the best selling versions of this oft-recorded carol.

The influential American Folk and Blues musician Huddie William Ledbetter, known as Lead Belly, lived from 1888 to 1949, when he died of Amyotrophic lateral sclerosis (ALS, also known as Motor neurone disease and Lou Gehrig's disease). His impact on American music as a vocalist, instrumentalist and songwriter cannot be overestimated. Wikipedia's listing of artists who have covered his songs or have otherwise been influenced by him is impressive:

Reggae and Jazz musician Bob Marley (Feb. 6, 1945 to May 11, 1981) was born Robert Nesta Marley in Nine Mile, Saint Ann, Jamaica. A pioneer of Reggae, he achieved popularity in the 1960s with his group The Wailers. After the group disbanded he pursued a successful solo career till his untimely death from cancer at the age of thirty-six.

Donovan Philips Leitch was born in Maryhill, Glasgow, Scotland in 1946. A phenomenon in the 1960s with his unique blend of Folk, Jazz, Pop, psychedelia and Calypso, he had instantly recognizable hits like "Mellow Yellow" and "Sunshine Superman." His fortunes waned with the turn against Hippie culture after the '70s, but he made a comeback in the '90s. Donovan was inducted into the Rock and Roll Hall of Fame in 2012 and the Songwriters Hall of Fame in 2014.
9. In "God Rest Ye Merry Gentlemen" on "A Merry Christmas with Engelbert Humperdinck," how are the tidings described?


Answer: Tidings of comfort and joy

"Gladsome tidings" -is from the second verse of "Angels We Have Heard on High:"

"Shepherds why this jubilee
Why your joyous strains prolong
What the gladsome tidings be,
Which inspire your heavenly song?"

"Good tidings of great joy" comes from the Gospel According to St. Luke Chapter 2: Verse 10 KJV

"And the angel said unto them, Fear not: for, behold, I bring you good tidings of great joy, which shall be to all people."

"And how shall they preach, except they be sent? as it is written, How beautiful are the feet of them that preach the gospel of peace, and bring glad tidings of good things!"
10. On "A Merry Christmas with Engelbert Humperdinck," Engelbert recorded the American musician Albert Hay Malotte's lovely setting of "The Lord's Prayer." In this setting, how is the fifth petition of the prayer expressed?


Answer: And forgive us our debts as we forgive our debtors

"And forgive us our debts, as we forgive our debtors" is from the King James Version. Malotte used the more traditional, and shorter, form. Malotte wrote many years before the issuance of the New American Standard Bible and The Living Bible.
Source: Author Catreona 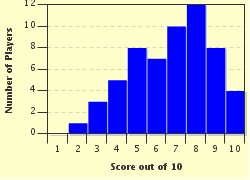 Here is a library of my album quizzes. Happy listening, and quizzing!


Other Destinations
Explore Other Quizzes by Catreona