This is an easy about late 80's teen queen Debbie Gibson. Enjoy!

She was one of four girls born to her parents.
2. What was her first US single?


Answer: Only In My Dreams

"Out Of The Blue" sold over three million copies.
4. What was her first number one single in the US?

She was born in Merrick, on Long Island.
6. What was the name of her second album, released in early 1989?

It sold over two million copies.
7. What other teen artist debuted in the late 1980's?

Britney and Justin weren't around then.
8. From which song does this line come: "Hard to go on, like waiting for the other shoe to drop...?"

This was one of the singles off of "Electric Youth."
9. "I know we are right, it's not always clear, cuz we never felt the fear" From what song does this line come?

The video for this song featured "Wonder Years" actress Danica McKellar (Winnie Cooper).
10. "But baby we got nothing to lose, I'm standing tall in my own shoes" From what song does this line come?


Answer: We Could Be Together

This video is pretty cool and features many of her family members.
Source: Author cueball9906 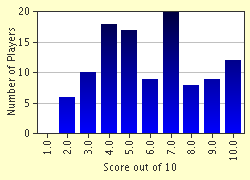 
Other Destinations
Explore Other Quizzes by cueball9906