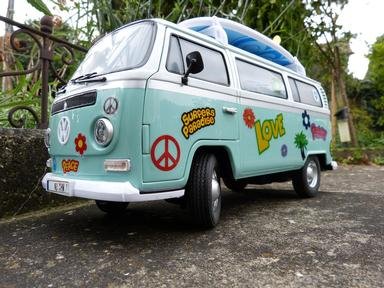 Do You Know Your '70s Bands Trivia Quiz

The 70s was a great time in rock music. Many classic artists came into the music scene, but how many of them do you know?

Quiz Answer Key and Fun Facts
1. Guitarist Jimmy Page migrated from The Yardbirds into one of the most popular rock groups of all time. Which was this group?

Jimmy Page wanted Terry Reid to sing for Led Zeppelin, but Reid, who was busy then with a solo album, turned down the offer and recommended Robert Plant.
2. "Demons and Wizards" was a popular album by this 70s band.

Emerson, Lake, and Palmer were a supergroup consisting of Keith Emerson (formerly of the Nice), Greg Lake (of King Crimson), and Carl Palmer (of Atomic Rooster).
5. Jeff Lynne and Roy Wood were behind this British rock band who used a wide variety of instruments.

Jeff Lynne later joined the Traveling Wilburies with Tom Petty, George Harrison, Roy Orbison, and Bob Dylan.
6. This guitarist, formerly of Humble Pie, made wide use of the guitar effect, the talkbox.

Peter Frampton's "Frampton Comes Alive!" produced the major hits "Baby, I Love Your Way", "Do You Feel Like We Do", and "Show Me the Way" among others.
7. This American singer-songwriter released hits such as "Fire and Rain" and "Carolina in My Mind".

James Taylor had other hits, such as "Mexico", "Something in the Way She Moves", "Sweet Baby James", and Carole King's "You've Got a Friend".
8. Heard often on the radio, this rock band released songs such as "More Than a Feeling" and "Peace of Mind".

Boston released other common songs such as "Rock and Roll Band", "Foreplay/Longtime", and "Don't Look Back".
9. This glam rock band had their biggest hit with "All the Young Dudes" which was written for them by David Bowie.

Other songs by Mott the Hoople are "All the Way From Memphis" and a cover of the Velvet Underground's "Sweet Jane".
10. This former Beatle debuted his solo career with the triple album, "All Things Must Pass".

"All Things Must Pass" included the songs "My Sweet Lord", "I'd Have You Any Time", "The Ballad of Sir Frankie Crisp (Let it Roll)", "Isn't It a Pity", "What is Life", "Beware of Darkness", and "Behind That Locked Door".
11. This punk band contained the members Johnny, Dee Dee, Joey, and Tommy.

Tommy Ramone is the only living original Ramone.
12. "Just What I Needed" and "My Best Friend's Girl" were songs by what new wave artist?

Other well-known songs by The Cars are "Drive", "Let's Go", and "It's All I Can Do".
13. Paul Rodgers, of Free, and Mick Ralphs, of Mott the Hoople, were part of this English supergroup.

"Godzilla", "Cities on Flame With Rock and Roll", and "Burnin' For You" are other songs by Blue Oyster Cult.
15. This soft rock band had hits such as "The Guitar Man", "Make it With You", and "If".

Bread had other hits including "Everything I Own", "Baby I'm-a Want You", "Sweet Surrender", "Aubrey", and "It Don't Matter to Me".
16. This English pianist released popular albums such "Goodbye Yellow Brick Road" and "Honky Chateau".

Some hits by Elton John were "Rocket Man", "Honky Cat", "Your Song", "Candle in the Wind", "Bennie and the Jets", "Daniel", and "Crocodile Rock".
17. This pianist from Long Island, New York, released the album "The Stranger", which produced many hits including the title track.

Also on "The Stranger" were the tracks "Only the Good Die Young", "She's Always a Woman", "Movin' Out (Anthony's Song)", and "Vienna".
18. "Can't Buy A Thrill" was the debut album of this American rock band.

Some popular songs by Steely Dan are "Peg", "Kid Charlemagne", "Do It Again", "Reelin' in the Years", "Rikki Don't Lose That Number", "Josie", and "Deacon Blues".
19. Billy Gibbons fronted this blues rock band from Texas, known for their long beards.

"La Grange", "Tush", "Sharp Dressed Man", "Legs", "Pearl Necklace", and "Tube Snake Boogie".
20. This soft rock band that started in England had a major hit with "Horse With No Name".

America had other popular songs like "Sister Golden Hair", "Tin Man", "Lonely People", and "Ventura Highway".
21. This English singer-songwriter converted to Islam in 1977 and changed his name to Yusuf Islam.

Cat Stevens released popular songs such as "Moonshadow", "Wild World", "Can't Keep it In", "Father and Sun", "Hard Headed Woman", "Where Do the Children Play?", "Peace Train", "Morning Has Broken", "Oh Very Young", and "If You Want to Sing Out, Sing Out".
22. From Jamaica, Bob Marley was one of the most popular reggae musicians, but what was his back up band?

Some popular songs by Bob Marley & the Wailers are "One Love/People Get Ready", "Jamming", "Could You Be Loved", "No Woman, No Cry", "Get Up, Stand Up", "Stir It Up", "I Shot the Sheriff", "Three Little Birds", "Redemption Song", and "Buffalo Soldier [Posthumously Released]".
23. This country/folk guitarist once belonged to the Chad Mitchell Trio. His song "Leaving on a Jet Plane" became a hit for Peter, Paul, and Mary.

Lead singer Brian Johnson was recruited after the death of Bon Scott, the original singer.
25. This power pop band from the USA were popular in Japan.

Some popular Cheap Trick songs are "Dream Police", "I Want You to Want Me", and "Surrender".
Source: Author drinkboron 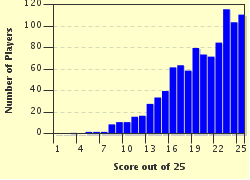 
Other Destinations
Explore Other Quizzes by drinkboron