A tuff quiz on funky disco killers the Happy Mondays. Chill those dance floor shoes and see if you can beat this.

Share on Facebook
Share on Twitter
Share by E-Mail
Author
kozyfantutu
Time
7 mins
Type
Multiple Choice
Quiz #
22,162
Updated
Dec 03 21
# Qns
25
Difficulty
Tough
Avg Score
14 / 25
Plays
683
This quiz has 2 formats: you can play it as a or as shown below.
Scroll down to the bottom for the answer key.

Quiz Answer Key and Fun Facts
1. What was The Mondays debut album called?

That's a hell of a long one (and a classic). Look out for the film about the Hacienda coming out, called 24 Hour Party People.
2. Which ex-Velvet Underground player produced it?

He's a Welshman as well, little wizard on bass guitar so he was. I wonder if he was out of rehab?
3. In April 1990, the Happy Mondays threw a gig to kick some sand at the Stone Roses' Spike Island scousefestival. Where was it?

Marching on stage that night Shaun Ryder addressed the crowd with the notion 'Where's Me Pickled Herrings?'
4. In the killer anthem 'Step On' who does Shaun Ryder invite us to call after we've twisted his melons?

That only got to Number 5 back in what the old blokes down the pub will tell you were the good old days.
5. 'Step On' contained a hijacked sample from which 1971 Johnny Kongo dance-floor filler?

Johnny Kongos still gets a sleeve credit for that sample.
6. When asked why he was always on one what was Bez's reply?


Answer: It's My Job

Shaun always forced Bez on, one time quoted to say: 'get 'em down yer throat son, Move! Throw 'em down yer neck!'
7. Which club did Tony Wilson's Factory Records, who first signed the Mondays, own and run?

8. Name that man: 'If we legalized E, man we'd probably have a race of mutants on our hands'

This was Shaun Ryder in the same year as Step On was released.
9. Which part of his body did Bez break when he crashed his third jeep recording 'Yes Please' in Barbados?

When they went over Shaun had just got over heroin addiction. He goes to Barbados and gets hooked on crack cocaine...as Steps would say, Tragedy!
10. Who was the superstar DJ producer for 'Pills N Thrills N Bellyaches'?

Paul Oakenfold now the man at Cream, running the show. I think he looks like a pig, he has a dodgy nose.
11. Name that song: 'I could take you from behind and make you believe...What do you want to hear when we're making love?'

Yes, there is a white Barry White.
12. Who is the Monday's only female member?

13. Before he teamed up with Shaun and Bez to form Black Grape, which Happy Mondays album did Kermit guest on?

Yes Please was probably what made Black Grape, i.e its complete failure.
14. Name that song: 'Gonna buy an airforce babe- Gonna wipe out your race- Get stoned in a different place'

Please contact me if Shaun delivered your post.
16. How big was Shaun Ryder's crack habit alleged to be in the Carribean?

This was the same club where Paul Oakenfold hosted the infamous Spectrum house night.
19. Which Monday's track kicks off with a sampled aeroplane taking off?

There is a rumour going about that Ryder is clean now...don't believe the hype.
21. Name that song: 'God made it easy- God laid 'is E's out on me'

'...Me and all the chiefs got mobile phones..homes'
22. According to Shaun Ryder, which brand of shoes are so good they're worth an eff or two?

That was TFI Friday. I am glad it no longer exists, it really began to get annoying after its first series.
23. Who is the elder of the Ryder brothers?

He really does look out of it nowadays.
24. Which guitar does Paul Ryder play?

I dunno what make he prefers, go and have a look at Guitar Player if you're that interested.
25. How did Shaun Ryder define the band?

And that's it my tribute to the greatest band walking the planet today. The real heroes of our times. Death to Norman Cook!
Source: Author kozyfantutu 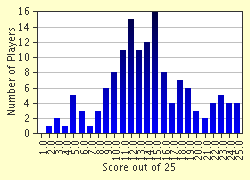 
Other Destinations
Explore Other Quizzes by kozyfantutu