Share on Facebook
Share on Twitter
Share by E-Mail
Author
Amywinehouse
Time
3 mins
Type
Multiple Choice
Quiz #
350,335
Updated
Dec 03 21
# Qns
10
Difficulty
Average
Avg Score
6 / 10
Plays
159
This quiz has 2 formats: you can play it as a or as shown below.
Scroll down to the bottom for the answer key.

Quiz Answer Key and Fun Facts
1. In which TV show did Kurt Cobain sing "Smells Like Teen Spirit" in a lower register and changed the lyrics to "Load up on drugs, kill your friends"?


Answer: Top of the Pops

It was in 1991, and Kurt was complaining because the show made them play with a pre-recorded backing track.
2. In which city was Nirvana's first live show ever?


Answer: Come As You Are

The guitar and bass were horribly out of tune with each other, so Kurt decided to scream most of the song's lyrics.
5. In what gig did Dave Grohl played in a toy drum kit during the song "Polly"?

In this gig they played the intro to "Smells Like Teen Spirit" twice just to tease the disrespectful, male-dominated crowd.
6. Which of these songs was NOT performed in Nirvana's last show?

"Smells Like Teen Spirit" was not performed during the last three shows of Nirvana, in Slovenia and Germany.
7. Who played drums on Nirvana's first show?

Burckhard was the first drummer to play for Nirvana, and he stayed until December, 1987, being replaced by Dale Crover.
8. How many songs were performed at the "MTV Unplugged" show in 1993?

This is one of the most remembered Nirvana shows.
9. What song was forbidden to the band to play at the MTV Music Awards 1992, but they started playing a bit anyway?

They started playing "Rape Me" and then changed to "Lithium", as it was meant to be.
10. Which was the first show with Pat Smear as a band guitar player?

Kurt Cobain asked Smear to play with Nirvana in September 1993, and since then he toured with them for six months.
Source: Author Amywinehouse

This quiz was reviewed by FunTrivia editor ralzzz before going online.
Any errors found in FunTrivia content are routinely corrected through our feedback system.
Most Recent Scores
Jan 11 2023 : Guest 208: 5/10
Jan 06 2023 : Guest 98: 10/10 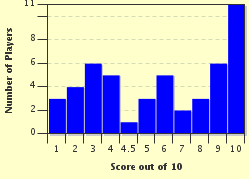 
Other Destinations
Explore Other Quizzes by Amywinehouse