Quiz Answer Key and Fun Facts
1. What is the name of the Nirvana song that has high school cheer leaders in its music video?

'Smells Like Teen Spirit' has on many occasions been recognised as one of the greatest songs of the nineties and was the first ever song to be played on the music channel 'Kerrang'.
2. What is the name of Nirvana's first album?

'Bleach' was Nirvana's first record and was released in 1989. Amongst the many songs on it were the hits 'About a Girl', 'Floyd the Barber' and 'School'.
3. What was the name of the last song ever released by Nirvana on CD, which was actually released after Kurt Cobain died?


Answer: You Know You're Right

'You Know You're Right' was released on the greatest hits album 'Nirvana' in 2002, after Cobain had died.
4. What was the name of Nirvana's bassist?

Novoselic met Cobain through his younger brother who introduced them because he liked punk music. Novoselic and Cobain formed a band in 1985 and were the only constant members over the years, as they occasionally changed drummers.
5. Dave Grohl was Nirvana's last drummer.

Nirvana went through a few drummers in their time (Chad Channing, Dan Peters, Dave Foster, Dale Crover and Aaron Burckhard.) Grohl joined the band in 1990 and was with them until the end.
6. What was the name of the record label that produced Nirvana's first album?

'Sub Pop' was the independent Seattle based record label that produced Nirvana's early work.
7. Which of Nirvana's songs was about a girl who was kidnapped and murdered?

One day when Cobain was looking through a paper he found a story about a girl who was kidnapped and murdered with a blowtorch. Thus he wrote the song 'Polly'.
8. What does the word 'Nirvana' mean?


Answer: The state of being free from both suffering and the cycle of rebirth

Nirvana is a word taken from the Buddhist religion. It is a vital part of their belief, often used to compare things to bliss and pure happiness.
9. Which of these songs has backing vocals from Dave Grohl in it?

In the song 'Heart Shaped Box' you can hear Grohl's backing vocals during the verses. The songs 'School' and 'Love Buzz' were before he joined the band, and 'Pennyroyal Tea' was performed by Cobain alone.
10. Which of Nirvana's songs did Cobain make out was a copy of the Boston song 'More than a Feeling' when he performed it live? 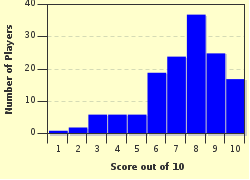 
Other Destinations
Explore Other Quizzes by gamesmastaliam