This is a quiz on one of the most influential bands of the 90s. Nirvana. Including band member related questions.

Quiz Answer Key and Fun Facts
1. Who were the final members of Nirvana?

Taylor is the drummer in Dave's band, The Foo Fighters. Pat Smear was also playing regularly with the band towards the end.
2. Where did the 'Kurdt Kobain' spelling come from?


Answer: Kurt adopted it after seeing the misspelling

Kurt started to spell his name 'Kurdt Kobain' in the very early days of Nirvana, thought to be a way of distancing himself from the world and his personal-felt faults. He was literally unconciously re-creating himself.
3. Which of the following lyrics are from 'Aneurysm'?


Answer: She keeps it pumpin' straight to my heart

'Aneurysm' is from the 1992 album 'Incestiside'. Kurt wrote this song in 1990 when his girlfriend Tobi Vail broke up with him.
4. Krist Novoselic wrote 'Marigold'.

Dave Grohl wrote this excellent song that didnt actually appear on any NIRVANA albums, but is still classed a Nirvana song. Dave later went on to re-record it calling it 'Color Pictures of a Marigold' for the 'Pocketwatch' album.
5. What nationality is Krist Novoselic?

Many people believe that 'Krist' is a misspelling, but this is the right way! It is pronounced Chris. This is actually how it was originally spelt (Chris) but he decided to change it to 'Krist' because thats the Croatian way.
6. After Nirvana, both Dave and Krist joined/started their own bands.

Krist is with the band Eyes Adrift.
Dave has been very successful with his band the Foo Fighters, and also did some work with Queens of the Stone Age. He has also done a lot of solo work for various film sound tracks.
7. How many studio albums did Nirvana release?

'Help me, I'm hungry' is another example of the very many songs not put on an album.
9. Who was the original drummer for Nirvana?

Aaron was the first drummer for Nirvana, swiftly replaced by Dale Crover when he got promoted at Burger King, Dale was only then with the band for a short time, and was soon replaced by Dave Foster when he went to California with the Melvins. People always seem to think that Dave F was their first drummer.
10. Which instrument did Dave start playing first?

Yes! Its true! Dave only started to play the drums because a band (high school era) he was in needed to get rid of their drummer, nice a person as; he was he was just useless with drum sticks. So Dave filled his place, and discovered an unbelievably extraordinary talent. I cannot express enough how good a drummer this man is, amazing.
11. On 24th February 1992 Kurt and Courtney Love wed on a beautiful beach in....

Only eight people attended the short notice wedding; all being part of the Nirvana crew bar best man Dylan Carlson and girlfriend.
Sadly, Krist and Shelli were uninvited as Kurt felt they were gossiping about Courtney.
Neither families were invited.
12. And whilst we're on the subject of marriage... Who did Krist marry?

Shelli and Krist were married on new years eve 1989 in their house in Tacoma.
Krist and Shelli have since divorced.
Dave also was married, and divorced, but I do not have info on this.
13. What are the guys' full names?

These are all bands from Dave's past, he was in Freak Baby, who later changed their name to Mission Impossible; when they split, up rose Dain Brammage, whom Dave left to join one of his all time favourite bands, Scream. In September 1990 Scream split up, and Dave later went to join Nirvana. Foo Fighters came after Nirvana.
15. Kurt and Courtney had a child; a little girl named Frances Bean. But why was she given the middle name 'Bean'?


Answer: Because on her sonogram she looked like a bean

'Spectre' is also known as 'Misery loves company'.
17. There is a dollar bill on the 'Nevermind' cover.

It is attached to a hook.
18. Where did Nirvana play their first European show?

Having lived in Newcastle myself for a number of years, I find it hard to imagine Nirvana there, I'd be interested to know exactly where they played.
This show was held on the 20th of October, 1989.
The other three are just places i have lived.
19. When Kurt turned up for MTV's 'Headbangers ball' in a yellow frock, what was his reasoning?


Answer: He was at the ball, he needed to wear his gown!

And what an impressive garment it was! Only Krist and Kurt were there, not Dave. This was taped on the 25th of October, 1991.
20. What was Nirvana's first single release?

'Love Buzz' was released with 'Big Cheese' in November 1988, from 'Bleach'.
21. What is the more common name for the song 'Autopilot'?


Answer: You Know You're Right

The full answer is 'You Know You're Right'. This song was going to be a single, but when Kurt died everything stopped. After long court battles with between Courtney Love (Kurt's widow) and Dave Grohl it was put on the Greatest Hits album (2002).
'You Know You're Right' is also known as 'On A Mountain'.
22. On which date did Nirvana officially sign with Geffen records?

23. The baby on the 'Nevermind' cover has its mouth open.

The baby's name is Spencer Elden.
24. What did Kurt say about the way 'Nirvana' should be written?


Answer: With all capital letters.

Indeed, Kurt said that that's the way it should be!
25. The world of Nirvana came crashing to a halt when Kurt was found dead in the greenhouse of his Lake Washington home, shared with wife Courtney Love and nanny Cali (Michael Dewitt). But on what date was Kurt found?

Kurt was found on the 8th of April 1994, but the date of death was determined by examiners as the 5th, although it could have been 24 hours before or after.
Source: Author rockette 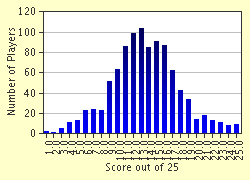 
Other Destinations
Explore Other Quizzes by rockette