This is all about Nirvana and their songs. It's not hard so have a go. Have fun!

Kurt married Courtney on a beach in Hawaii!
2. Who did Dave Grohl replace in Nirvana (not counting temporary fill-in replacements) ?

Dave joined the band in 1990, replacing Chad.
3. In what year was Krist Novoselic born?

Krist was born on 16th May, 1965 in California.
4. Jason Everman was added because Kurt thought Krist was going to leave the band?

Kurt got Jason because he wasn't sure he could cope with singing and playing the guitar at the same time. He also contributed to record their debut LP.
5. What date did Nirvana play their last show?

Nirvana played their last show in Munich, Germany.
6. Who was Kurt's body found by?

Kurt's body was actually found by an electrician at his house in Seattle. He had been dead for several days.
7. How long was Dave Grohl with the band?


Answer: He shot himself through the roof of his mouth

Kurt shot himself through the roof of his mouth but a lot of his fans don't think he took his own life.
9. Which band did Dave Grohl form after the suicide of Kurt?

Some of the singles that Foo Fighters have released include 'Break Out', 'Monkey Wrench', and 'Learn to Fly'.
10. In June 1980, Krist's parents sent him to live with his relatives in Croatia.

Krist's parents sent him to Croatia because he was deeply depressed.
Source: Author Limpbizkit11 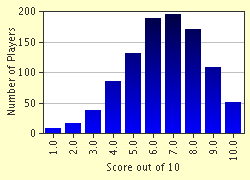 
Other Destinations
Explore Other Quizzes by Limpbizkit11