Launching grunge in the early 1990s, Nirvana first hit the music scene with the LP "Bleach". It was, however, with the album "Nevermind" Nirvana hit it big and released one of the best albums ever made. Just how much do you know about it?

Quiz Answer Key and Fun Facts
1. Hitting number 1 on the US Billboard albums chart in January 1992, the LP knocked which Michael Jackson album off the top spot?

This showed that pop was truly being ruled out in the early 1990s, and being replaced by the ever-increasing popularity of grunge metal.
2. To which song do these lyrics belong: "With the lights out, it's less dangerous. Here we are now, entertain us"?

"Smells Like Teen Spirit" reached number 4 on the US singles charts in 1992 and has many times been included on "The Best Songs Ever" charts. The song has proven to be an anthem for so many teenagers, especially those around in the 1990s and is considered to be "grunge's national anthem".
3. Which member of the band Garbage produced the album?

The lead singer of Garbage, Shirley Manson is now a friend of Cobain's widow Courtney Love.
4. At the time of "Nevermind"'s release, to which record label was Nirvana signed?

Other past bands signed to David Geffen's record company have been Guns N' Roses, Blink-182 and Puddle Of Mudd.
5. Which of these "Nevermind" tracks was not released as a single?

"Drain You" is the 8th track on "Nevermind".
6. To which song do these lyrics belong: "Monkey see, monkey do I don't know why I'd - rather be dead than cool"?

The 10th track on the album, "Stay Away", includes a central guitar riff written by Cobain in 1985, and was originally titled "Pay To Play".
7. On which song is there a 13 minute 52 second silence before the music actually starts?

The track magically appears 10 minutes after the 12th track on the album "Something In The Way" ends.
8. Which track was originally titled "Formula"?

"Drain You", as with "Smells Like Teen Spirit", is influenced by one of Kurt's ex-girlfriends, Tobi Vail. Lines such as "One baby to another says, I'm lucky to have met you" are said to be Cobain quoting Vail.
9. Cobain wrote which song after reading newspaper reports of a 1987 kidnapping of a 14-year-old girl at gunpoint as she left a rock concert?

The song is written from the perspective of the kidnapper, Gerald Friend.
10. What is the name of the compilation album that Nirvana went on to release in the wake of "Nevermind"?

"Incesticide" proved to be unpopular with Nirvana's fans and record company. Geffen Records requested that Nirvana make some retouches, and later came the much more up-to-standard album "In Utero", which spawned hits such as "All Apologies" and "Heart-Shaped Box".
Source: Author freddy_krueger 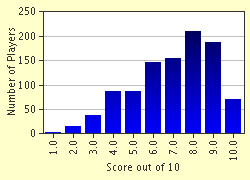