This quiz includes lyrics from all Nirvana's albums, and some unreleased stuff. All you have to do is say which song the lyric is from, or finish the lyric. Good Luck!

Quiz Answer Key and Fun Facts
1. Which song is this from: "Grass is greener, over here, you're the fog that keeps it clear"?

"Papercuts" is meant to be about a child who was locked constantly in a darkened room by their parents. Kurt could have thought of this from a girl called Genie, who was locked in a room till she was about 12 yrs old, until she was found and taken away. It was in the papers lots about 10 years ago.
3. Fill in the blank to this lyric: "Runny nose and runny _____"?

Kurt originally wanted to call "In Utero" "I Hate Myself And I Want To Die", as a joke, but no one really got it. Very black humour.
4. "Bi-polar opposites attract" is lyrics from a Nirvana song from the album 'In Utero'

These lyrics are from 'Radio Friendly Unit Shifter' from the album 'In Utero'.
5. Which song is this from: "find my nest of salt, everything's my fault"?

This song was supposed to be about how Kurt blamed himself for letting Courtney get into heroin. I thought it as the other way around, but hey, I shouldn't judge.
6. What are the missing words from this line: "My favorite inside source, I'll kiss your _____ _____"?

Originally this song, "Rape Me" was meant to be a part two to "Polly", but after the press printed stuff about their baby being a junkie and things, Kurt changed some of the words, because he felt raped by the press. The inside source was supposedly a close friend who leaked info to the press.
7. Complete the lyric: "The sun shines in the bedroom, when we play, the raining always starts, _____ _____ _____ _____"?


Answer: when you go away

"Son of a Gun" is originally by the Vaselines, a Scottish band. Frances Bean is named after their female singer, Frances. Eugene Kelly, the other member, joined Nirvana on stage at reading 91. You sometimes see Kurt wearing a "Captain America" t-shirt, which was Eugene's other band.
8. Which song is this from: "Come on over and do the twist, overdo it and have a fit"?

This is the closing track of "Incesticide", which was a collection of B- sides etc. It was brought out after "Nevermind", before "In Utero" was recorded.
9. The song "Stay Away" was originally called "Stay to Play".


Answer: we could build a tree

Kurt's original idea for the front of "Nevermind" was a water birth, but it was a bit too disgusting, so they had a naked baby instead. The baby is called Spencer. The dollar bill and hook were added on afterwards.
Source: Author cobain freek 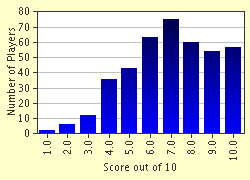 
Other Destinations
Explore Other Quizzes by cobain freek